“I also want to be a saint”: Motus Christi International in Salamanca 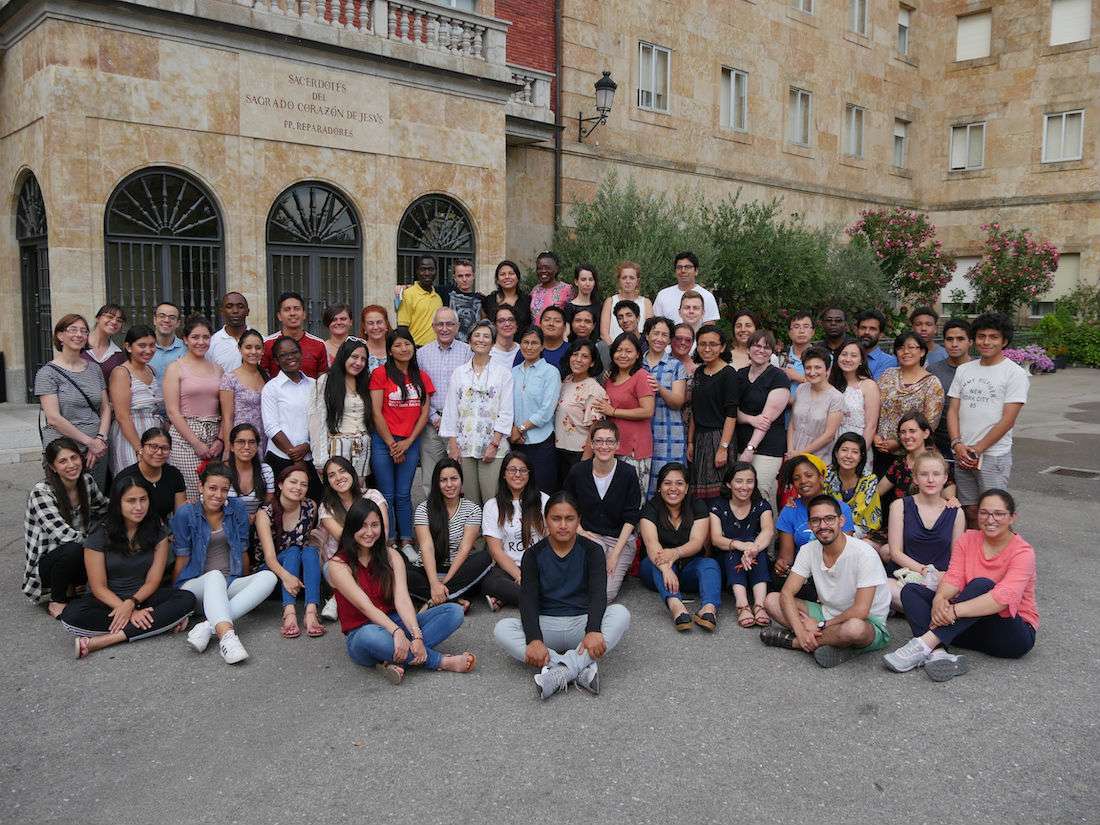 What point in my life am I at, what is my relationship with God, living holiness in common? These were important questions that young people from different parts of the world deepened between Sunday, August 4 and Wednesday, August 7, in Salamanca, Spain.

It is an international Motus Christi that counted with young people from Germany, Bolivia, Brazil, Cameroon, Chile, Colombia, Ecuador, Spain, the United States, India, Italy, Mexico, Peru and Poland, many of whom already knew each other because they had been participating in the plenary session of the Universal Youth Parliament (PUJ), also held a few days before in Salamanca.

The Motus was presided over by both General Secretaries of the Idente Missionaries, respectively María Fernanda Lacilla and Gabriel Córdoba, and was held in the retreat house of the Dehonian Restoration Fathers.

Since Sunday the family atmosphere and the warm welcome of all were already perceived.

The daily program favored the coexistence with intensity and peace at the same time. The day began with the ósculo, our kiss to Christ and the recitation of the trisagio, the prayer to Mary recited by the Idente missionaries. Afterwards, breakfast, talk, half an hour of prayer before Christ, break, communities by country, lunch and rest.

In the afternoon there was the same dynamic as in the morning, culminating with the Eucharist alternating between Spanish and English, dinner and in the evenings an intimate moment of testimonies of Idente missionaries, prayer of the trisagium and osculo.

Since the first talk on Sunday, given by Eleanna Guglielmi, questions were asked energetically that questioned the audience, where am I, what drives me to make decisions, do I look for life in others? The theme of attachments and having a true love with Christ was emphazysed, which was seriously welcomed by the young people sharing widely in the communities.

In the evening the missionaries Grecia, from Peru, and Emanuele, from Cameroon, opened the doors of their hearts, and with a great diversity they showed the beauty of the young vocations that want to love Christ more each day, and the inner change of the desire to be the “best mathematician in the world” to give the life to Christ.

The second talk, given by María Isabel Chacón, which dealt with continuous prayer, took place on Monday. This “implies all my being”; “many times we want everything without renouncing anything, however we must learn to let ourselves be done by God”.

In the afternoon of this day, María Fernanda Lacilla gave a talk on “God is Love and we have believed in Him” explaining that “we know each other to the extend that we know God”, so “we must learn to discover the touch that God the Father, Son and Holy Spirit imprints on us”. She also spoke of purity of heart which means not keeping anything for oneself.

That evening a penitential liturgy took place which facilitated the confession of the young people, being a space of true encounter and reconciliation with the Divine Persons, leaving us with the mission of praying for the life of one another. Then, while the confessions continued, the work of the Idente missions in Thailand, Cameroon and New York, explained by missionaries who live in these places, was presented.

In the evening gave their testimonies Akemi, from Bolivia, and Jean, from Cameroon, who made them “laugh and weep” with their experiences of love for Christ and his Church, not leaving the Pope alone “with the backpack in charge of the Church” and of surrender in the midst of complex situations that occur in the world of youth.

On Tuesday there was already a growth in the community atmosphere, because of the affection with which they shared at the table and in their free time, where the young people expressed that “we were all like one big family, speaking the same language and sharing the richness of faith”. In the morning, our brother Vicente Romero gave a talk on “Living sanctity in common”, which “demands of us a complete dedication”, “in a community presided over by Christ we transform others and others transform us, being fully open to the world”.

In the afternoon Gabriel Córdoba gave a talk on the call to holiness, which implies the proclamation of the Gospel, referring to the freedom that the union with Christ entails. “If anyone loves me, he will keep my word, and my Father will love him, and we will come to him and make our abode in him” Jn 14:23; “we must be passionate for the Lord, who teaches us through Martha and Mary that the first thing is listening and then action”.

On the evening of this day the documentary “Sed Santos” was screened, about the idente charism, received with genuine interest by the young people, who were impacted by the strength and figure of the founder Fernando Rielo, asking various questions of all kinds about his life and work. Before going to rest, Michele, from Cameroon, and Teodoro, from Ecuador, gave their testimonies, saying that “Father fulfills expectations and breaks down the barriers that we place on ourselves so as not to listen to him…with true love and comfort in community life”.

At the end of this day, the first young people who had to leave before shared their impressions, who linked the “tools” received at the PUJ with the Motus, and where the testimony of Eder, the youngest participant, 17 years old, and member of the Otavalo indigenous people, was especially moving. With true unction and emotion he manifested “I also want to be a saint.

And as if one had lived a lot and little at a time, Wednesday, the last day of the meeting, arrived. In the morning, after the prayer of the trisagium to St. Joseph and breakfast, the “charismatic touch” of each youth was shared, who expressed with simplicity and openness the richness of the graces received in their hearts.

They mainly mentioned an immense gratitude for the encounter of the infinite and merciful love of God, the gift and miracle of having felt all one in Christ being so different, the barriers that had been broken inside and the sense of belonging to a great family of brothers, valuing the Idente charism as a treasure. Many have seen the waters move within them, wanting to take definite steps in their lives.

Gabriel and María Fernanda ended the meeting by saying that “the passage of the Holy Spirit was noted with tears that cleansed our hearts” and that “the Gospel is active life in us, Christ wants to be always in us, in community…”. After the closing Mass, which was a true sending Mass, the Gospel was given to the young people (the trisagium had previously been given to them) so that they could faithfully incarnate it in their lives and spread it to all corners of the world.

We give thanks to the Heavenly Father for these days of true Heaven where we count on the prayers of thousands of people all over the world, which we will continue to impeach for the fruits of holiness in the young people who attended and their mission in the places that Providence has for them. 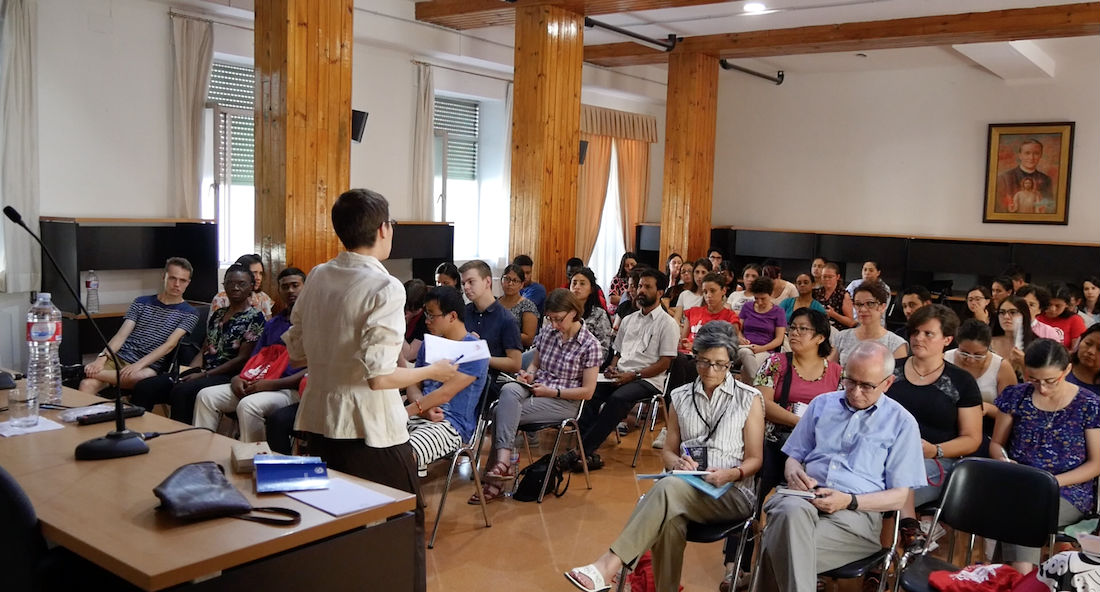 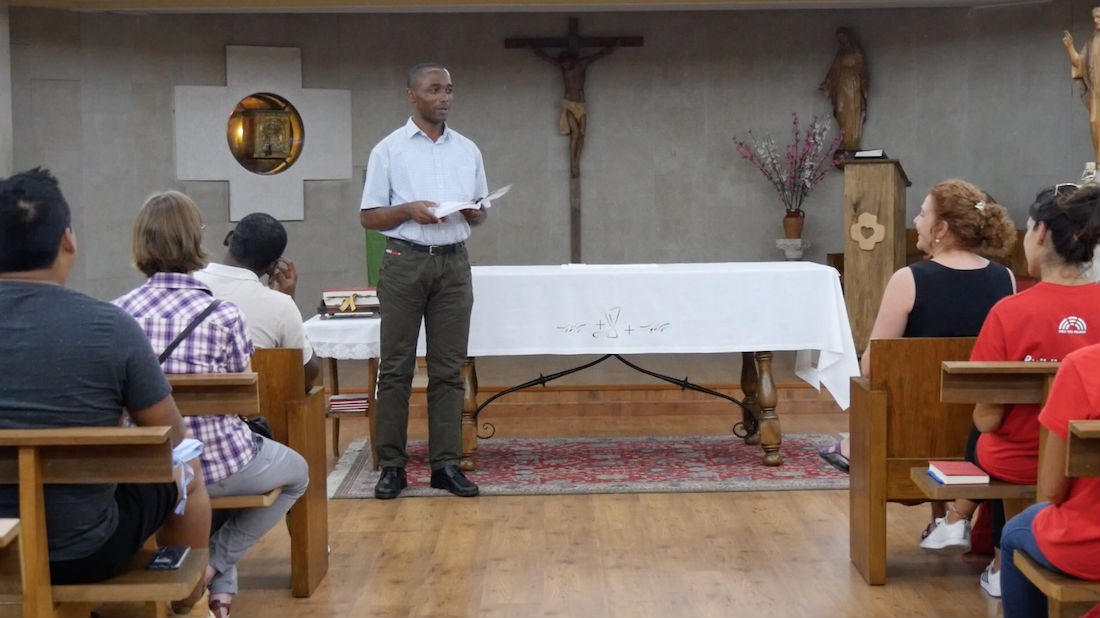 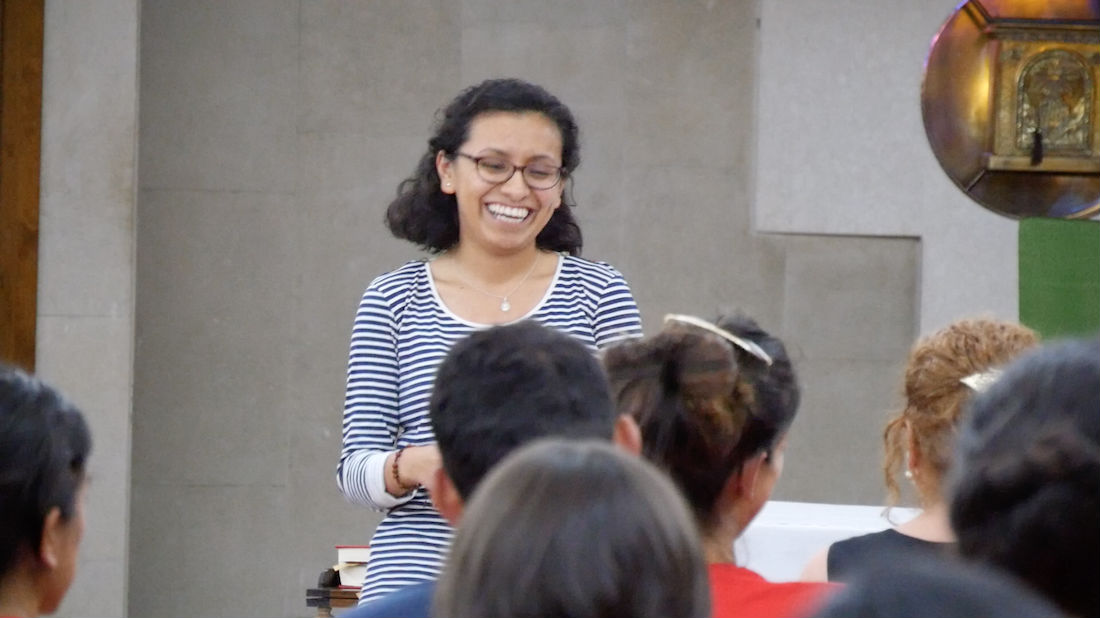 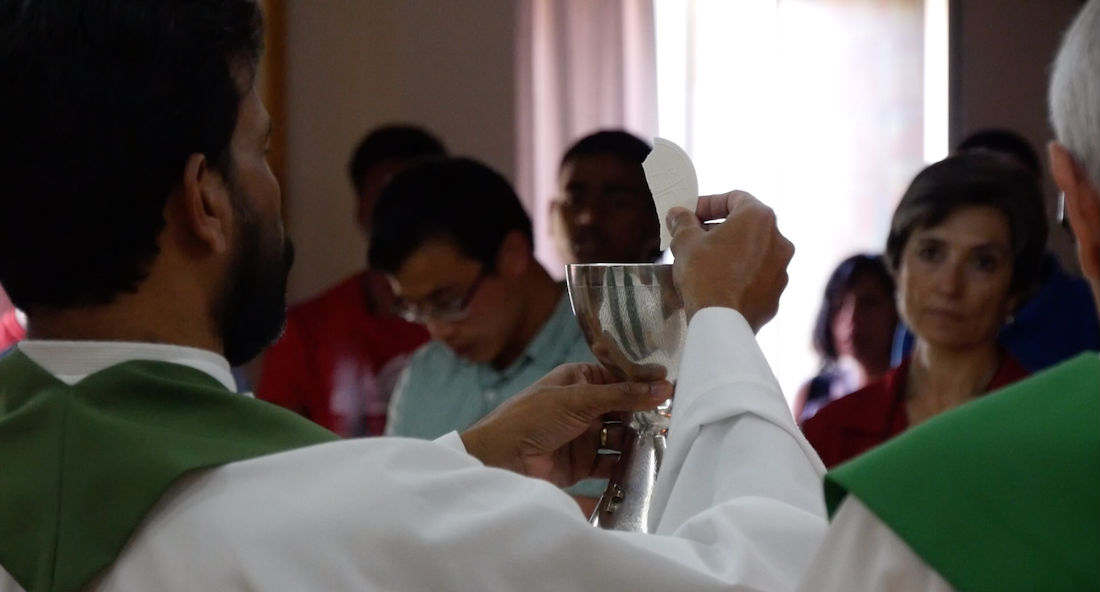 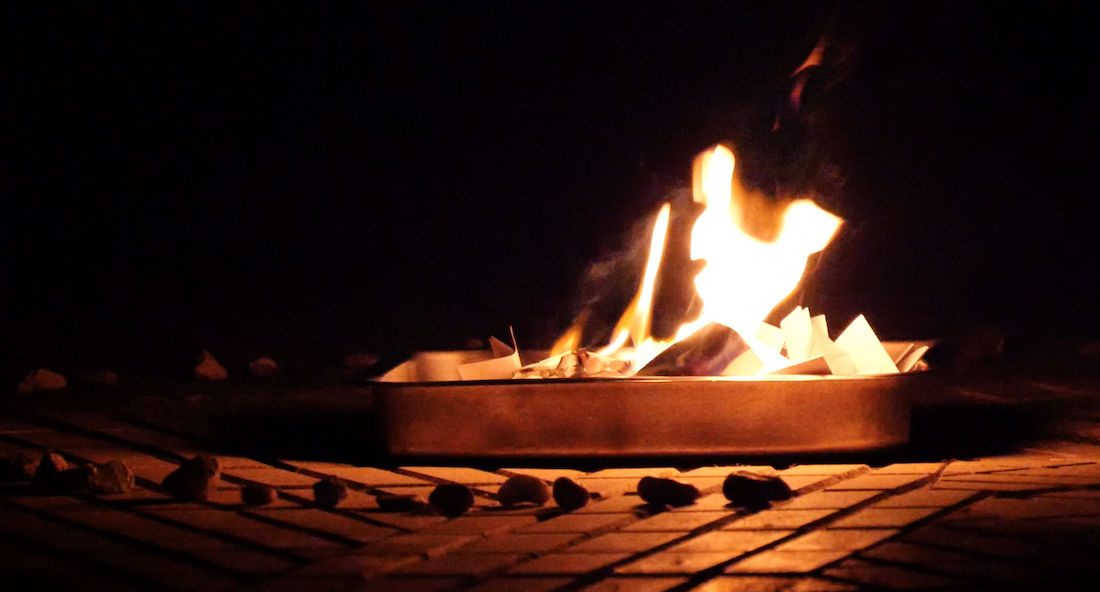 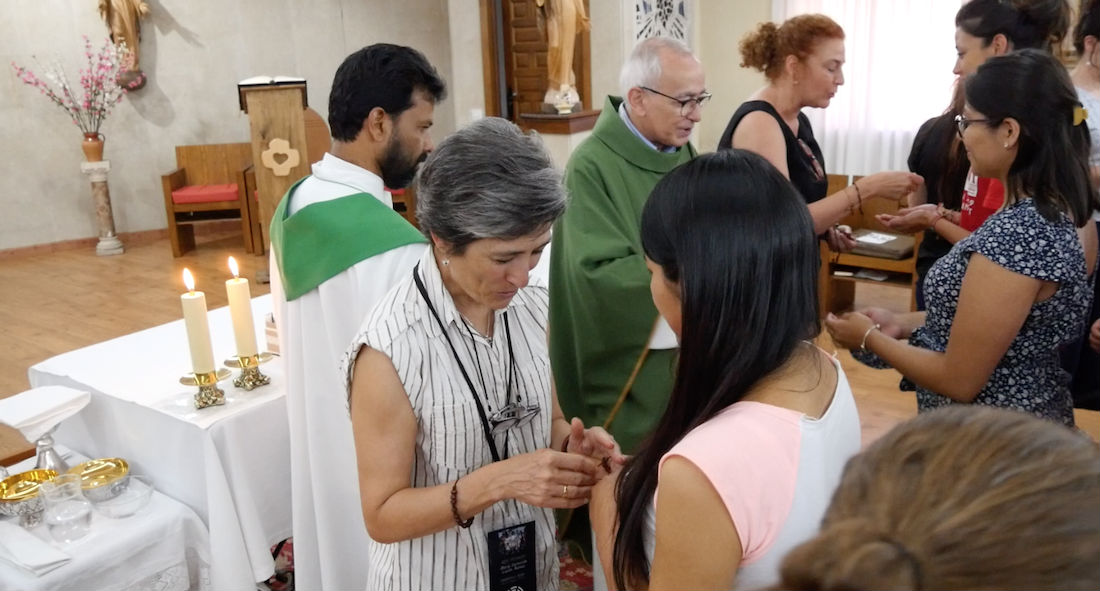 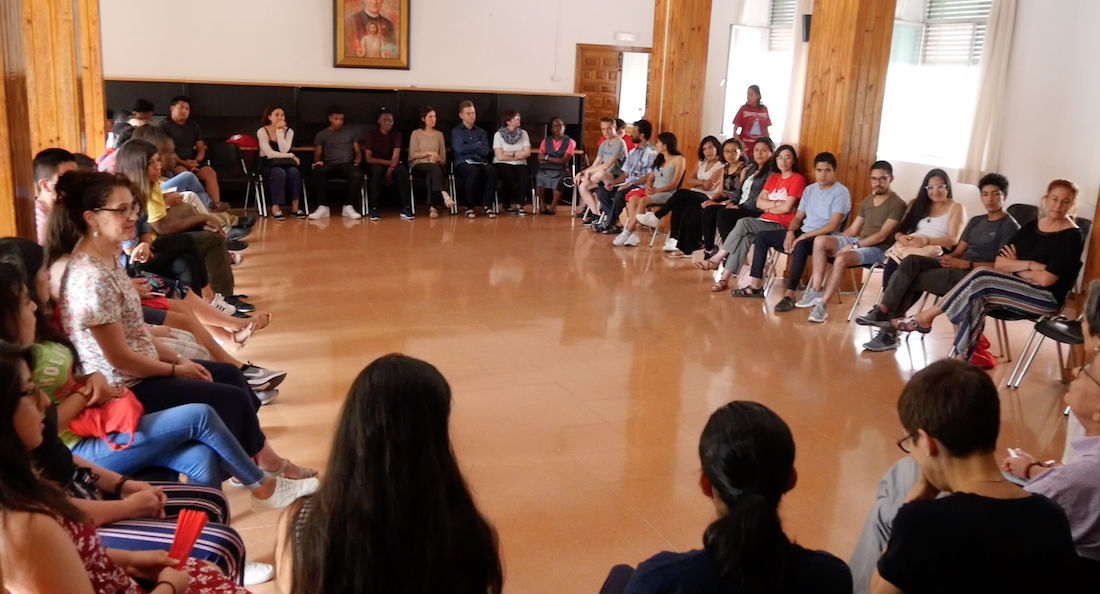 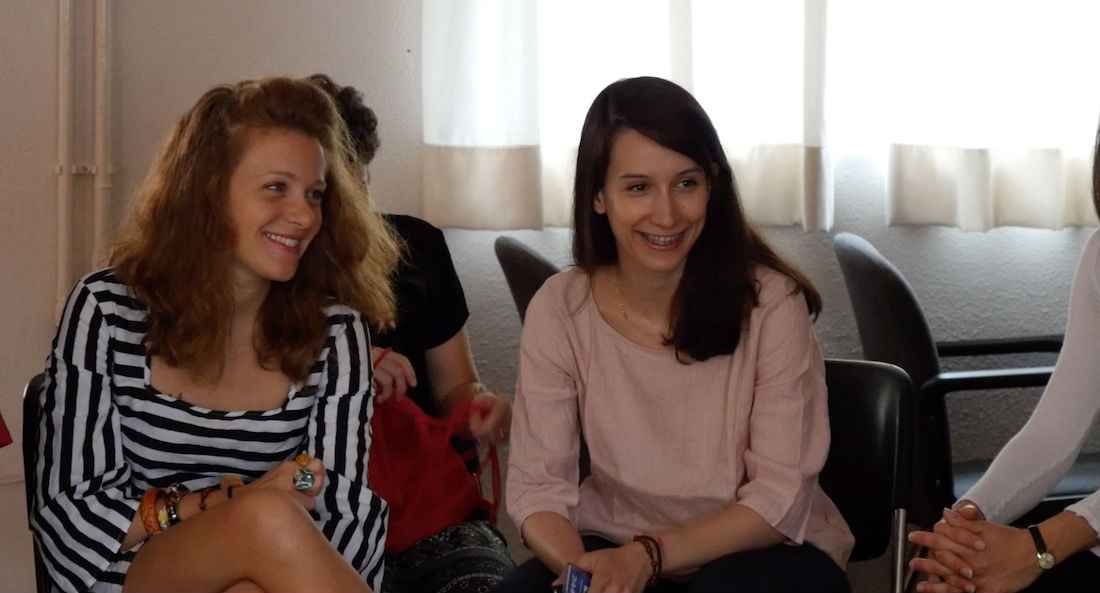 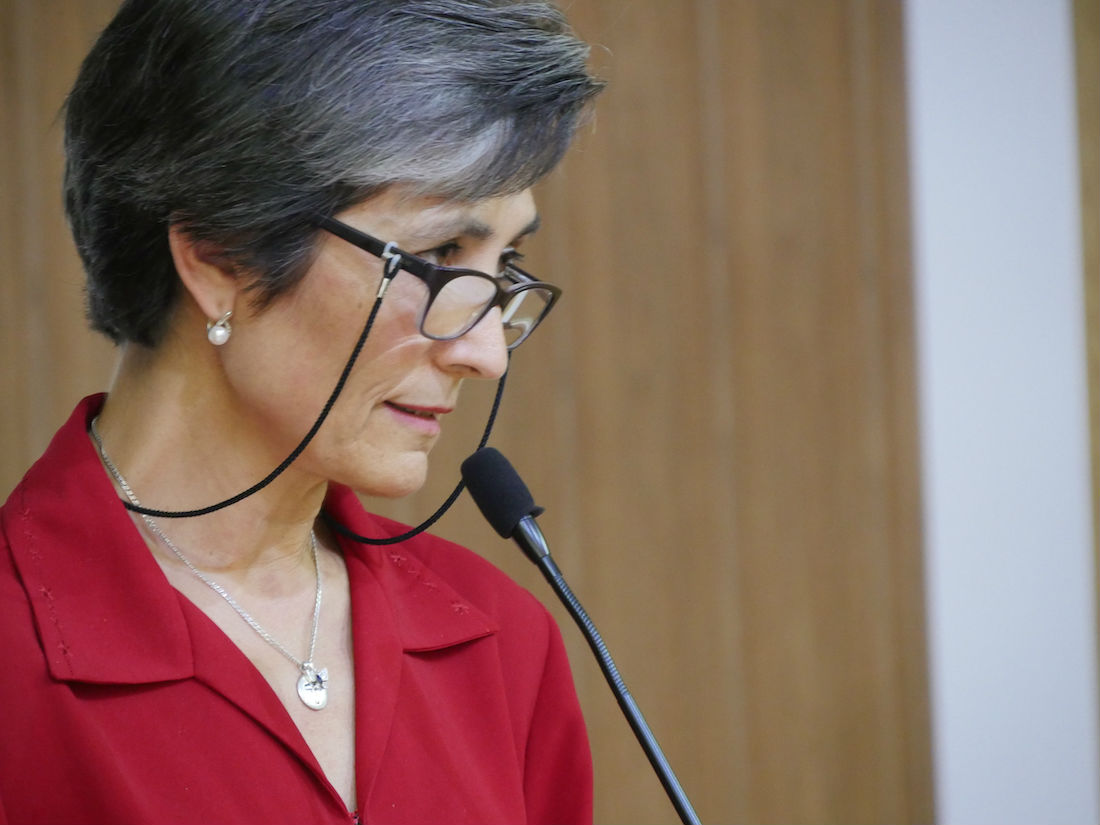 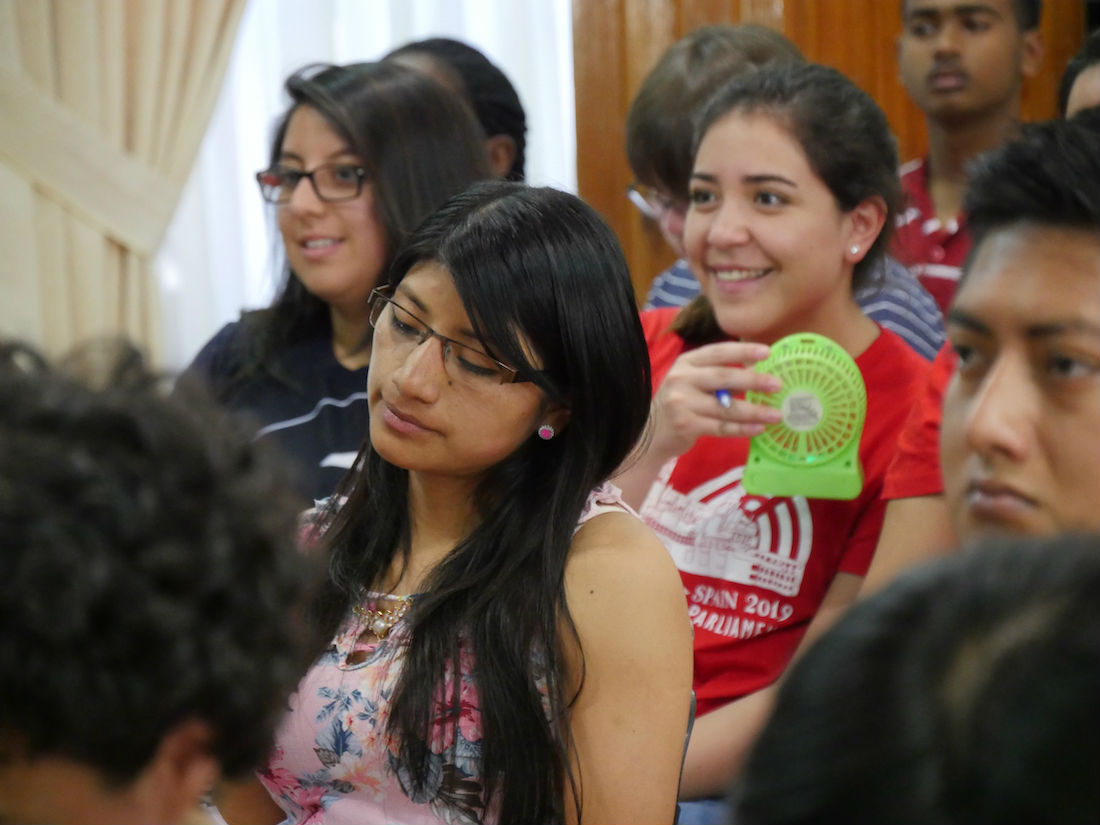