Forgiveness: the path to freedom 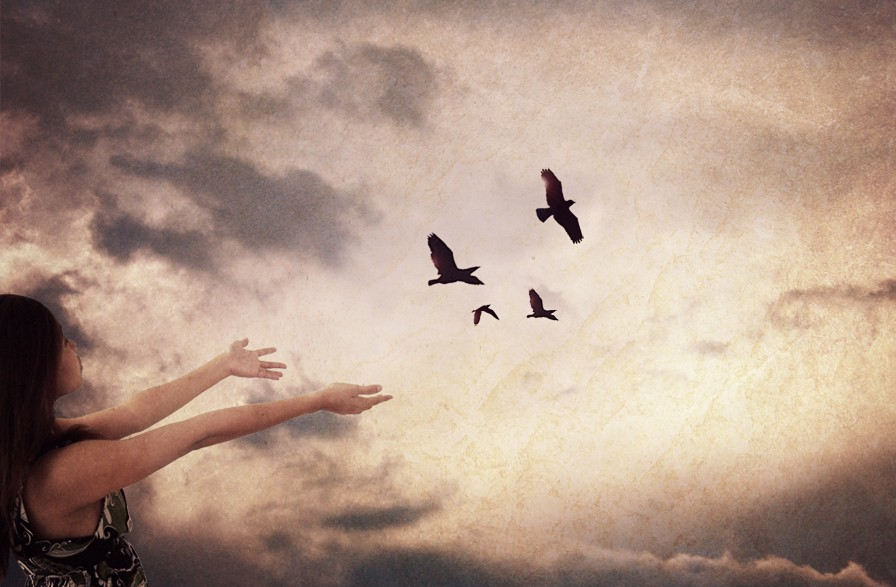 by f. Luis Casasús, General Superior of the men’s branch of the Idente Missionaries.

In the parable that Jesus uses today to show the importance of forgiveness, he tells us that the servant who owed an enormous amount was going to be sold into slavery along with his family.

The obvious conclusion is that forgiveness freed him from slavery.

The word “slavery” may seem exaggerated or unrealistic to some, but the message that the Gospel conveys to us today is that there are too many things that enslave us: our past, our memories, the damage that has been done to us, our own sins. All that can lead us to a real lack of freedom. On the contrary, Christ -only Christ- offers us complete freedom through the forgiveness we can receive and give.

Whenever I hear the word freedom, it comes to my mind a moment lived in Ecuador with our brother Marco Cevallos, who died of pancreatic cancer. The day before I left Quito, I went to visit him in the Intensive Care Unit. His wife was in the waiting room and the doctors could not allow visitors, as the situation was critical. But one of them, very understanding, allowed me to spend a few minutes to see our brother. It was a matter of giving him the Anointing of the Sick and saying goodbye to him. As I approached his bed, I noticed that he was intubated, with a cold sweat running down his disfigured face. My surprise was great when he began the conversation by saying: Luis, you are tired, you have not slept much. You must rest before your long journey to Europe.

Can you imagine the effect those words had on me? The one who was going to take care of a person turned out to be assisted and comforted by the one who appeared to be weaker.

I am convinced that this is the freedom that God gives us. In spite of our sins, our weaknesses and limitations and all the temptations, we can do good. Even a little before we die we can help and care for others, as Marco did with me on his deathbed and Christ himself on the Cross, addressing Mary and the apostle John.

A typical, but little analyzed example of slavery is that of our dreams of greatness. We would all like to do important things, to solve problems and overcome serious difficulties and the pain of our neighbor, but reality imposes itself: few people and few times manage to perform great actions. But if we are not aware of God’s presence in our lives, we can become paralyzed and consider it useless or impossible to do good in the small details. We never know how much we affect the lives of others.

This is also what happens with forgiveness. Sometimes we look only at the effort it demands of us and believe that it serves little purpose, even that the person we forgive is going to take advantage of that forgiveness with malice, interpreting it as a weakness of ours.

On the other hand, when we are forgiven, we are not fully aware of the good we have been given. Perhaps we are only happy for the relief we experience, but we do not fully perceive our new condition, our newfound freedom. This happened to the Unforgiving Servant in the parable. He was supposed to begin a new life, a new way of relating to others, based on his Lord’s act of trust, but he did not take the opportunity. It was a real violation of his freedom, of the possibility of doing good and treating others in a new way.

The punishment he received was completely adequate: You are not capable of receiving and accepting forgiveness, so I, your Lord, cannot give it to you, I will not grant it. More than a punishment, it could be called…a spiritual suicide. That is why the First Reading tells us today: Forgive your neighbor’s injustice; then when you pray, your own sins will be forgiven.

We do not appreciate the effects and importance of every distraction, every omission that we fall into daily. In particular, we are not grateful for the forgiveness we continually receive

This highlights the importance of what our Founding Father calls the Didactic Lesson. It is a (positive, not pessimistic) reflection on the effects of our faults, how they deteriorate our prayer, our relationship with others, and how they have been forgiven by God in a concrete way: by showing us clearly that He gives us a new opportunity. If we only understand the depth of God’s forgiveness for our sins, we would surely be able to forgive others because what others have done against us cannot be compared to what we have done against God.

We should recall God’s love and mercy for us. The key to forgiveness is to contemplate on the love and mercy of God in the crucified Christ. If Jesus could forgive his enemies when He was on the cross, it was because He understood the Father’s love and mercy as expressed in today’s parable. In His pain, Jesus was not thinking of Himself, but of those who crucified Him, imploring the Father to forgive them for they know not what they are doing.

The Apostle Peter was shocked by Jesus’ view on forgiveness, and the Apostle Paul, somewhat later in time, was shocked when he was forgiven. Peter betrayed Jesus three times and Paul murdered Stephen. God forgave them both. In contrast, the merciless servant grabs his colleague by the neck and begins to choke him, saying: Give me what you owe! The image of suffocation gives a good idea of the psychological and spiritual subjection in which the one who did wrong is reduced.

On many occasions, Christ confirms with his words and deeds the healing and liberating effect of forgiveness:

* When the Prodigal Son returned home, his father gave him, among other things, a pair of sandals. That might not mean much to us, we all have shoes, but in those days, if you were a slave, you went barefoot. So he is saying to his son, you’re not a hired hand, you are my son. The son wears shoes.

* In Luke 7:36-50 we see a woman who is identified only as a sinner. We don’t know who she is, we don’t know what her sin was. We know only that she was a sinner. But she began to serve Christ and to give a testimony of her conversion.

He even gives us a “rule of proportionality” between the forgiveness received and the freedom to live in love. After forgiving the woman who anointed his feet, Jesus tells a parable about a man who had loaned money to two people. One of these owed a lot of money, it would have taken years to pay it all back. The other didn’t owe as much, he probably could have paid it back easily in a few weeks. The lender forgave the debts of both men. Then Jesus questioned Simon the Pharisee: Which of them will love him more? It was a pretty obvious question, and Simon answered correctly: The one who had the bigger debt cancelled. But then Jesus applied that parable to that moment: The woman had shown Jesus her great love for Him in what she did. While Simon had shown little respect for Him.

You probably remember an episode from our days, a living example from the persecuted Christians in Egypt witnessing the Gospel through forgiveness.

These extraordinary Christians responded to the violent attacks that have taken place since 2013 as an opportunity to witness to the Gospel. While many Christians struggle to choose between leaving the country or enduring more suffering, these extraordinary Christians responses were a renewed sense of mission to the larger community. These Egyptian Christians did not seek revenge; instead, they extended forgiveness to those who murdered their loved ones. Many Christian families embrace martyrdom as a gift from God and to God while keeping a balance between their love for life and their willingness to die for Christ.

Social media reported such extraordinary attitudes of Christian forgiveness, interviewing members of the families who have lost loved ones. They openly spoke about their Christian faith and what it means to extend God’s forgiveness. Such powerful Christian testimonies had a lasting impact on the larger Muslim community that was stunned by the Christian response. In many instances, Muslims were outraged at the blind and evil hatred behind these atrocities, expressing their astonishment at Christians’ emphasis on love and forgiveness.

This powerful Christian testimony to the gospel of love and forgiveness amid hatred had a positive impact on the attitudes of many Muslims towards Christianity and the Christians. It raises curiosity about the Christian faith and the gospel of forgiveness prompting many to ask themselves, “what kind of faith is this?” Meanwhile, many Christians have been empowered by the testimonies of those who boldly extended love and forgiveness, giving them a renewed sense of mission amid suffering.

When a Christian forgives his neighbor’s sin against him, faith becomes visible to all. Forgiveness is not a work which sets us right with God. The parable shows clearly the order of salvation. But the visible sign of forgiveness has been given to us as a great confirmation and comfort that we may see that our faith is real. We know that we have passed out of death into life, because we love the brothers (1 Jn 3:14).

We cannot erase our painful memories. In fact, because we remember our past so well, it continues to disturb us, especially our sins and those incidents in our lives which we cannot forgive. So what Jesus is asking of us is not so much to forget the hurtful incidences, but that we embrace the events in the light of God’s love and mercy so that they no longer hurt us emotionally and spiritually.

In his famous book Man’s Search for Meaning, Viktor Frankl states that our final freedom, which no one can take from us, is how we choose to regard our circumstances. There is no doubt that the Spirit of the Gospel, based on the mercy of Christ himself and his way of forgiving, gives us the way to look at all the offenses received and the capacity to ask for forgiveness that makes us truly free.

I would like to conclude with a little story of the current and beloved Pope Francis. Just to show that forgiveness can be expressed in many ways, always original, subtle, creative…and inspired.

When Pope Francis was a parish priest in Argentina, he met a mother with young children who had been abandoned by her husband. She had no steady income. When odd jobs were scarce, she would prostitute herself in order to feed her children and provide for her family. During that time, she would visit the local parish, which tried to help her by offering food and material goods.

One day during the Christmas season, the mother visited and requested to see the parish priest, Father Jorge Bergoglio. He thought she was going to thank him for the package of food the parish had sent to her. Did you receive it? Fr. Bergoglio had asked her. Yes, yes, thank you for that, too, the mother explained. But I came here today to thank you because you never stopped calling me Señora (in Spanish, the formal treatment for a lady).