“Each of you are a unique star”: The Three Kings visit sick children and adults in Berlin

As it is already a tradition, the three Holy Kings visited three hospitals, two of the Charite and the clinic Vivantes on Saturday January 4th. The group of volunteers organized a small program for sick children and adults. This year the choir of the catholic school Bernhardinum participated in the project together with the music teacher.

This initiative was prepared in various meetings where the small play and the songs were rehearsed and stars were made to later give to the patients.

First we went to two infant hospital wards. Various parents were touched by the message of the Kings to the children that each of them was a unique star.

After a small break and lunch, we went to the Charite where the three holy Kings visited the wards for adults. The choir was singing in the floors while the Kings visited the patients. For them it was a great joy to see the King that gave them a star on which they had previously written their name.

Finally, we visited another infant ward in the third hospital. The children were equally thankful for the stars and presents which the kings gave to them. Also the hospital workers enjoyed our visit and are already looking forward to welcoming us again next year.

It is already the third time that we organize this project and we observe happily that every year the number of volunteers that collaborate rises which allows us to reach a greater number of patients.

What impresses most are personal encounters; patients opening their hearts because of a simple action of love that we show them. 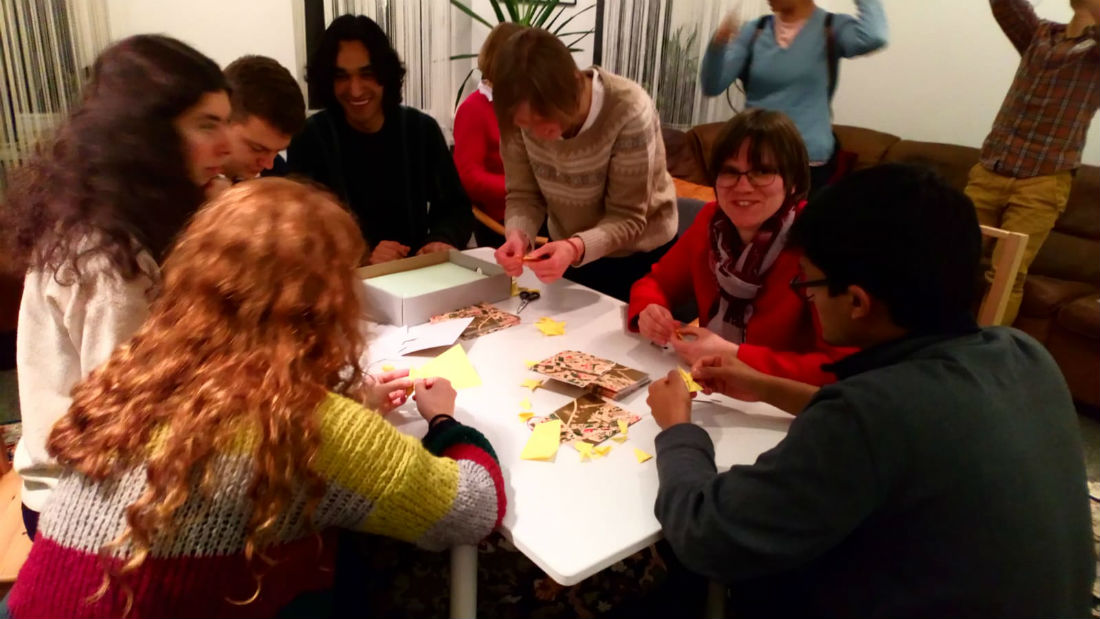