Great feast of the idente family of Italy for the vows of Jesus Cevallos, Daniel Cardenas and Israel Regalado in Rome

On Sunday, April 28th at 5:00 p.m., in the church of the presidency of the Id Institute, in Via Aurelia 773, Rome, two idente missionaries made their perpetual profession and another their temporary profession.

The Id Institute of Christ the Redeemer, women and men idente missionaries, was celebrating the feast of the Heavenly Father. This year has coincided with the Feast of Divine Mercy, instituted by St. John Paul II for the second Sunday of Easter. The most beautiful coincidence that Our Heavenly Father has permitted for the joy of all those present.

The Mass was presided over by Fr. Jesús Fernández, president of Instituto Id, and concelebrated by more than twenty priests, among idente missionaries and other priest friends, belonging to various congregations and even one from the Maronite Church.

The brothers who made their perpetual vows are Jesús Fernando Cevallos Moreno (27 years old) and Daniel Cárdenas Matute (28 years old), both from Ecuador but who have been living in Rome for ten years, where they have studied Computer Science, the first, and Communication, the second. Our brother Israel Regalado (21 years old) made his temporary profession.

He was born in Peru, but has lived in Genova with his mother and younger sister since he was a child. He is now studying Language and Literature in Rome. Jesus and Israel belong to the province of Rome and work apostolically in our parish of San Matteo, in the Roman periphery, and Daniel Cardenas has been transferred to the Delegation of Busseto.

After reading the Gospel, Fr. Jesús Fernández addressed a passionate homily to those present in which, after thanking the parents of our brothers for the dedication they made of their respective children to the Institute and to the Church, he stressed the need to say a total ‘yes’ to the Father and to live love with all its attributes of generosity, humility, service and self-sacrifice. He also reiterated that the Father loves each one of us with a unique and personal love and that he only asks us to correspond to him by living as children.

The profession of vows began with the singing of the litanies by the Choir of St. Matthew’s Parish, while our brothers were prostrated in the midst of a general emotion of all those present. This was followed by the request of the three missionaries to profess their vows, either perpetual or temporary, as the case may be, received by Fr. Jesus Fernandez, as president of the Institute Id.

The church was full. Present were missionaries from Rome, Terni, Arpino, Attesa Busseto and Genova, as well as members of the idente family and idente youth of these cities, and many friends of our brothers.

In short, the liturgy was of great beauty and solemnity that created a truly heavenly atmosphere. It is the emotion of contemplating how young brothers renounce to legitimate goods, as it is to build a family, in view of superior goods: to be in the midst of the world a sign of heaven, where no one is given in marriage to anyone, but all are like angels before God.

At the end of the celebration, the participants gathered around an aperitif served in the small garden of the presidency, during which they continued to enjoy the joy and fraternal friendship proper to those who feel as children of a heavenly Father who loves them. 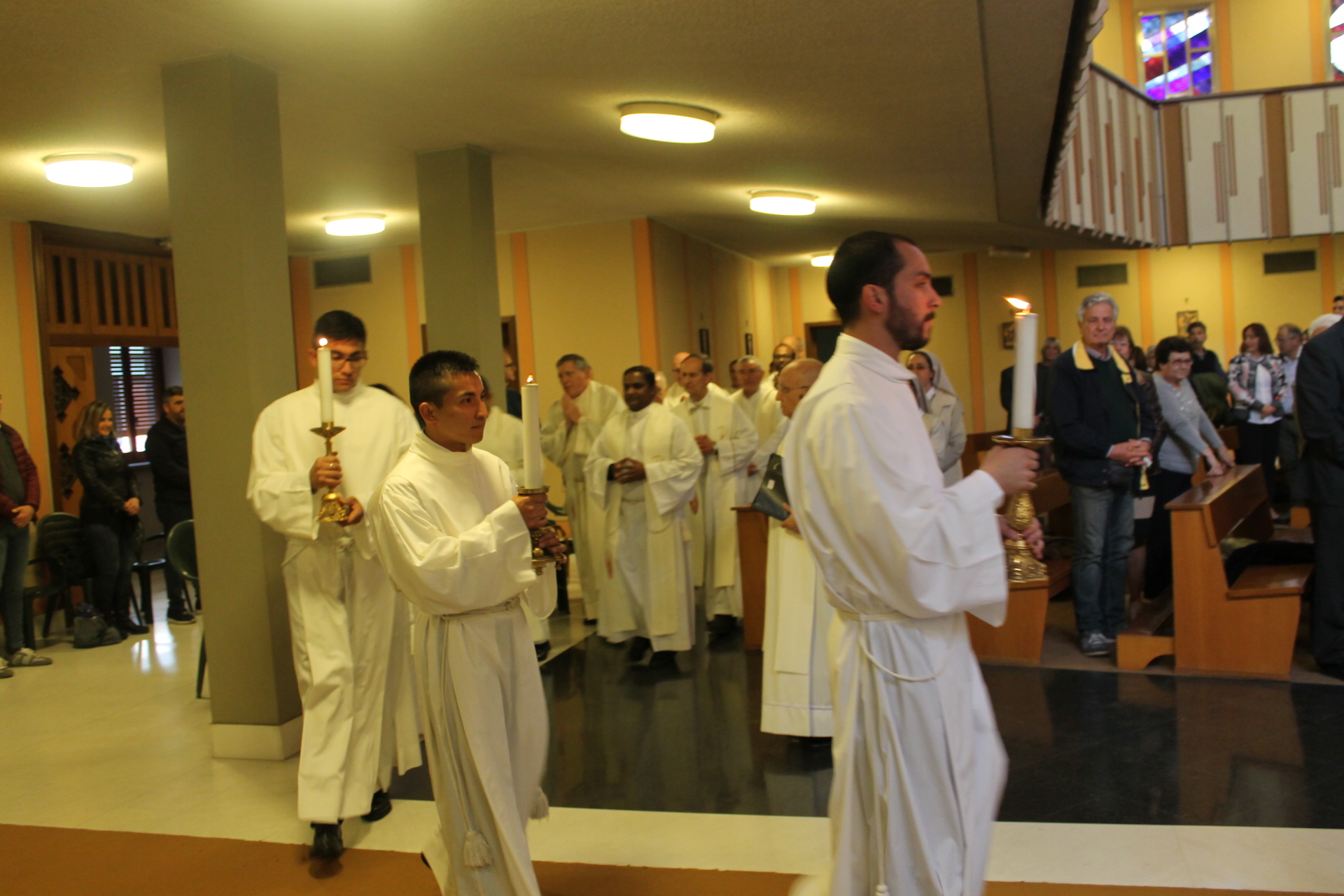 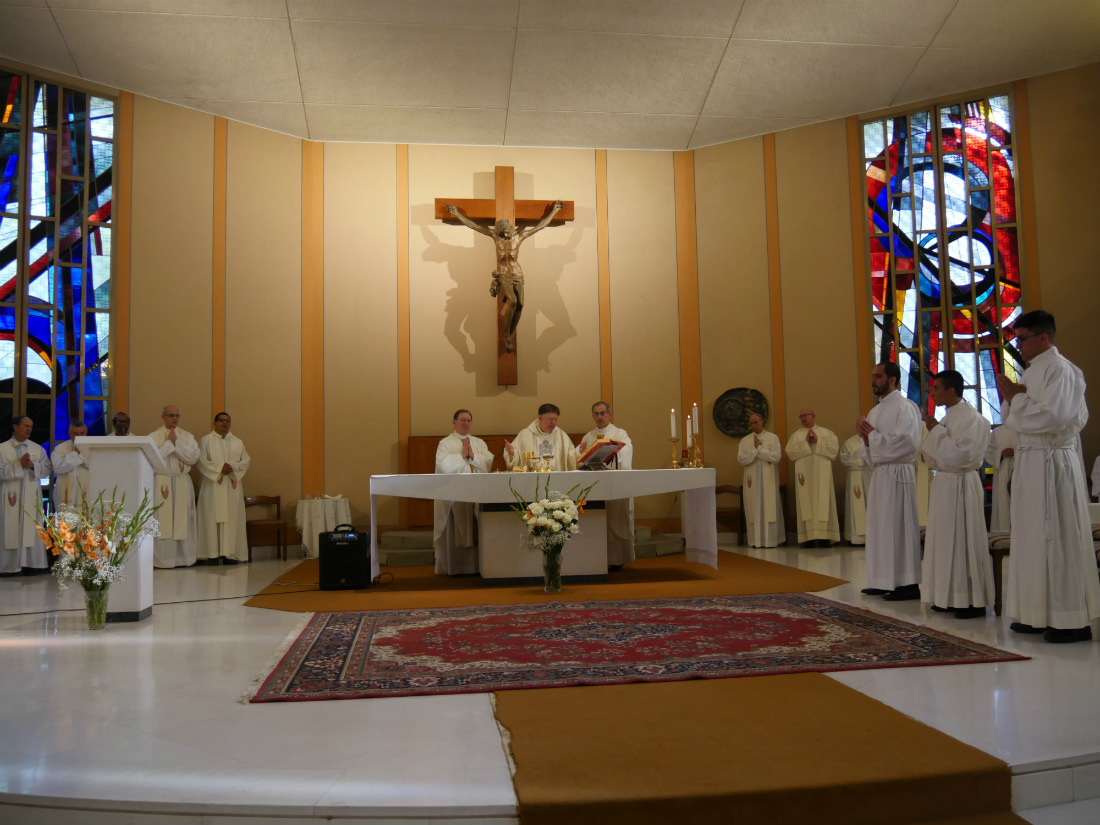 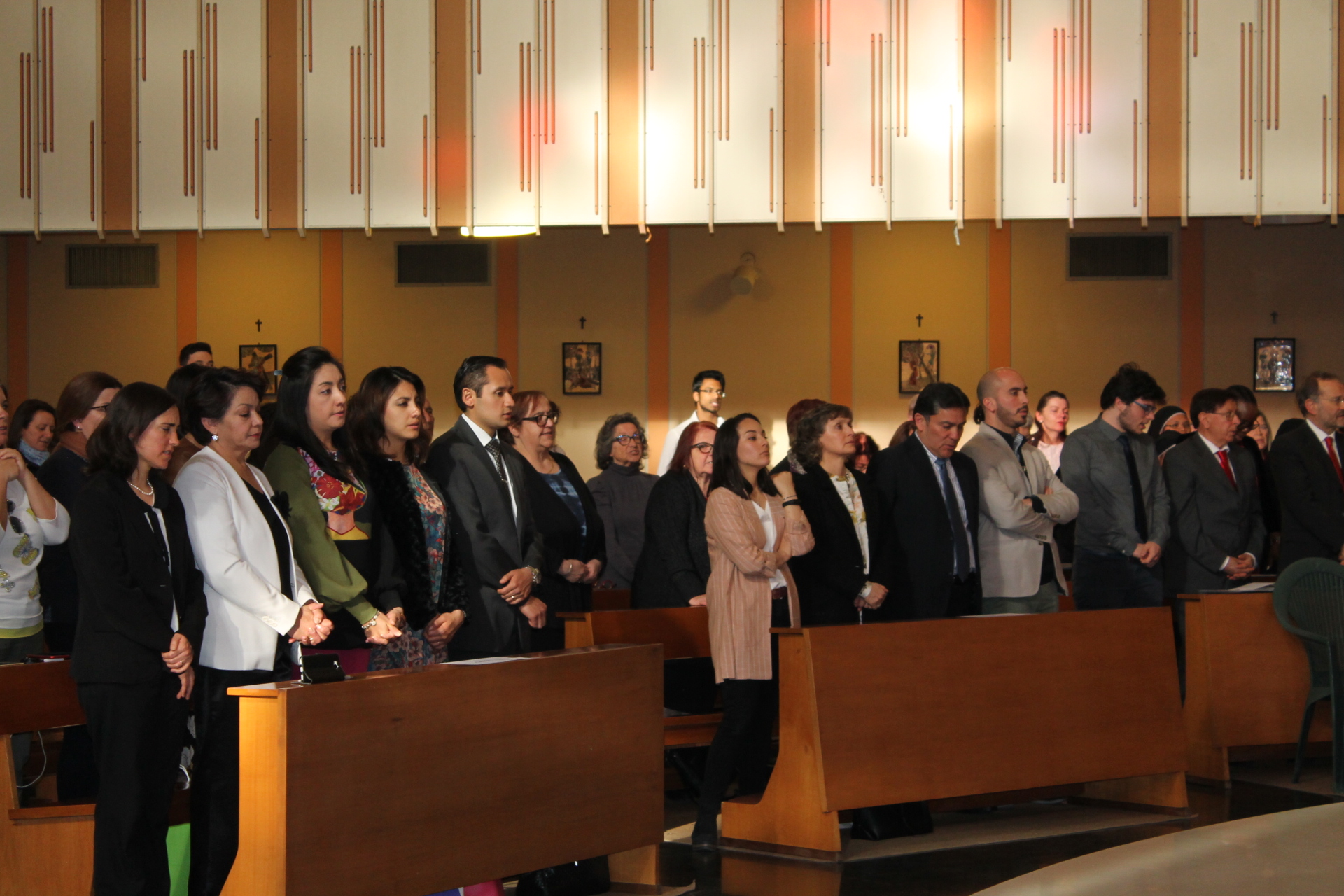 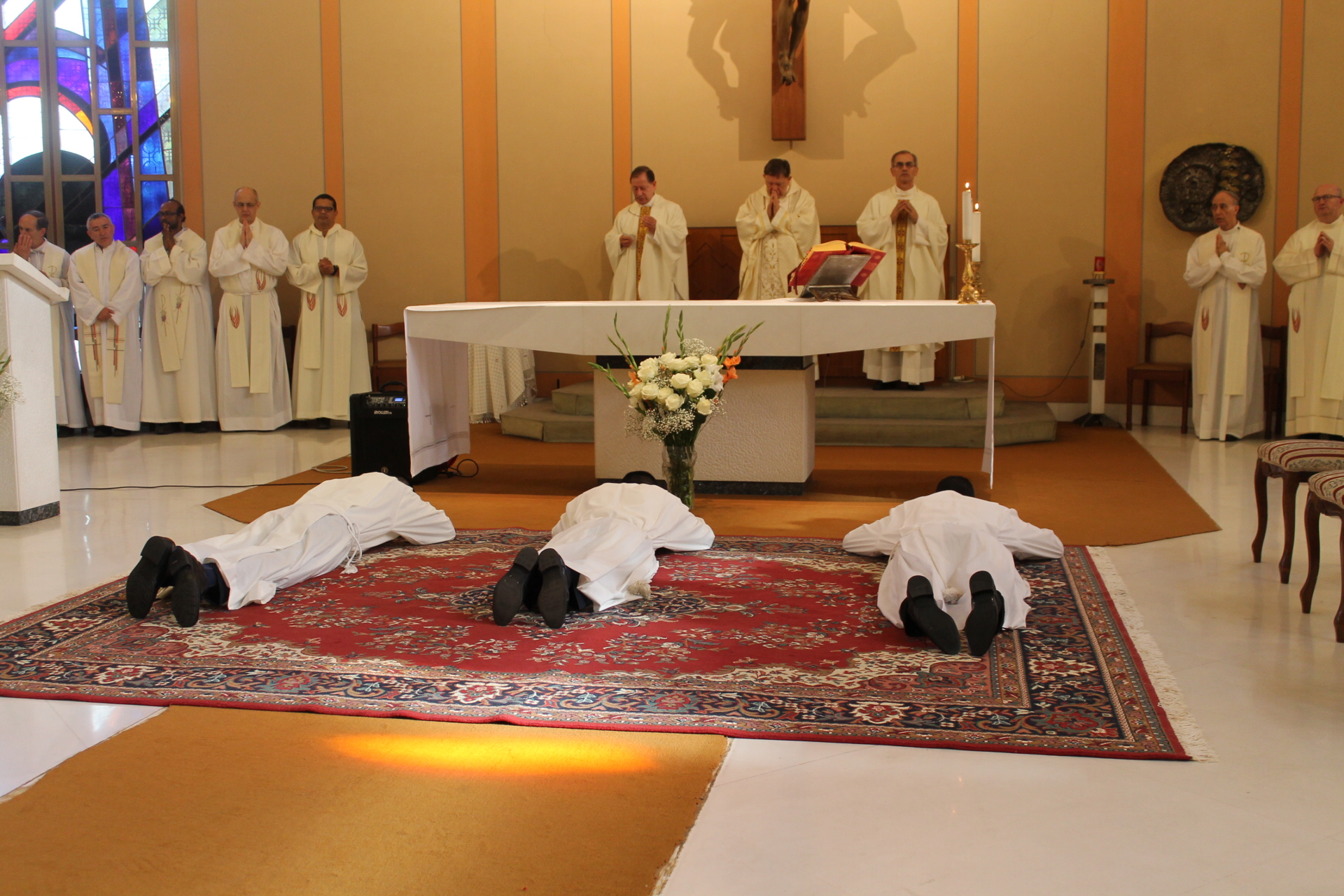 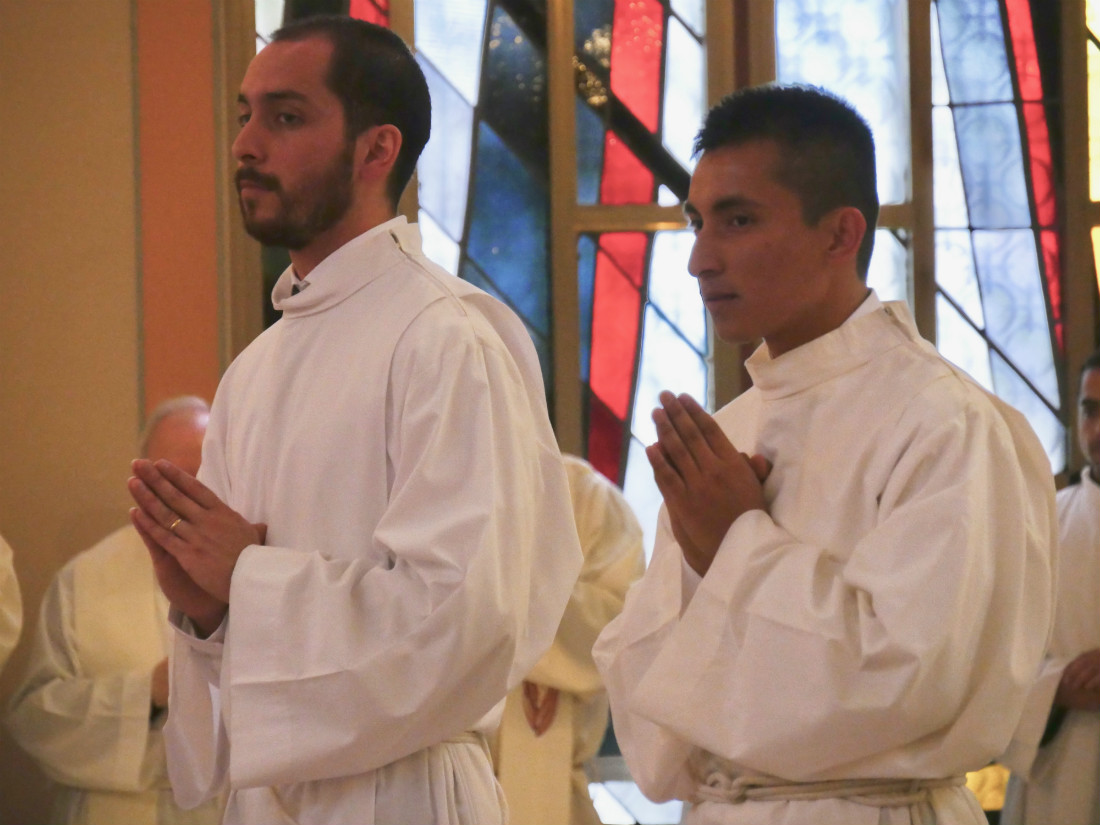 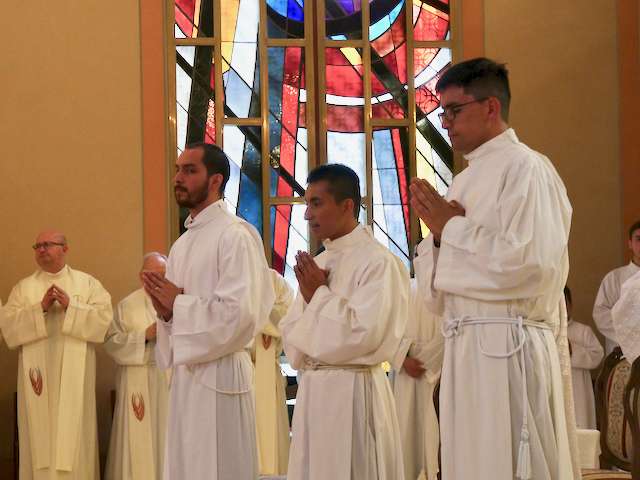 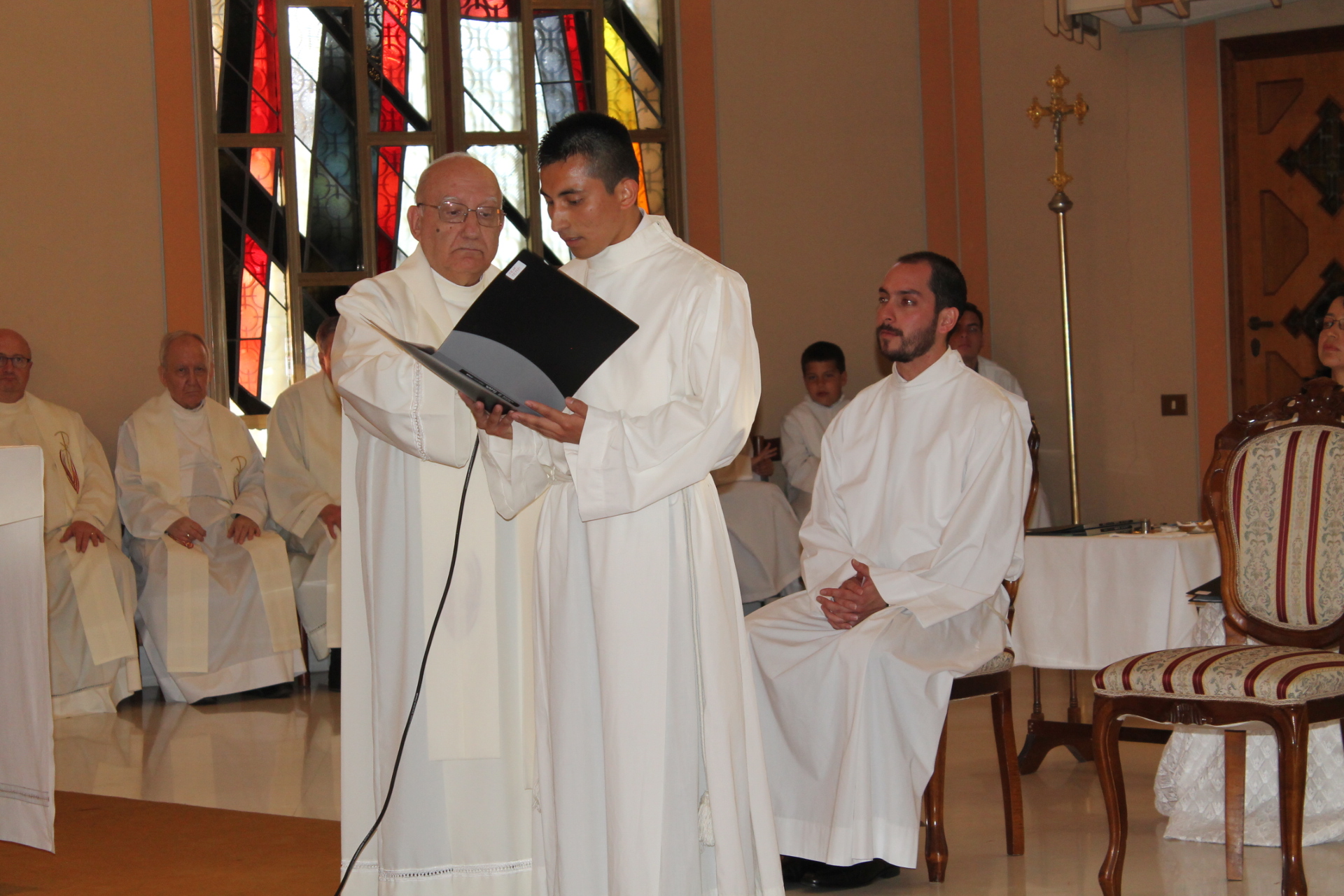 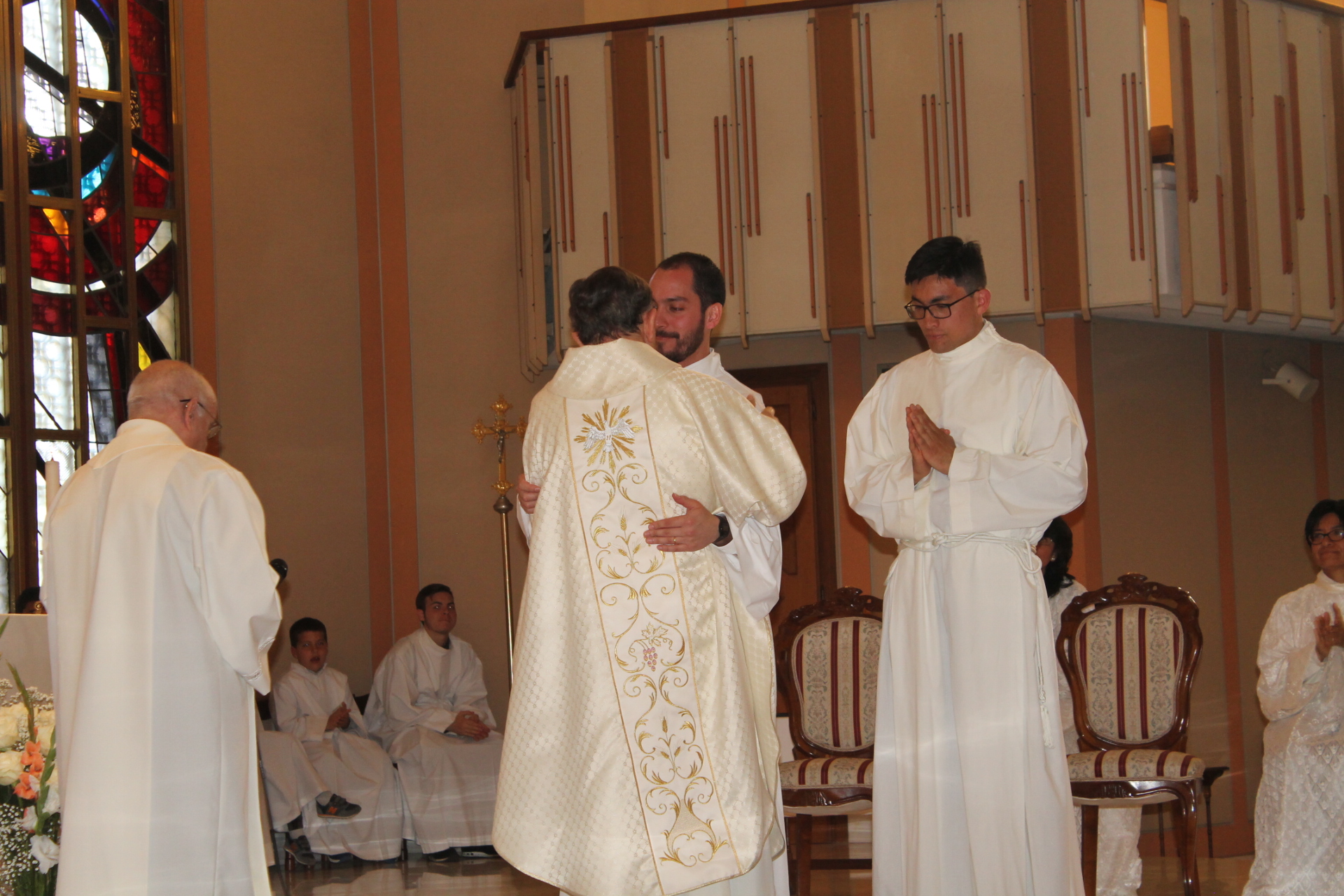 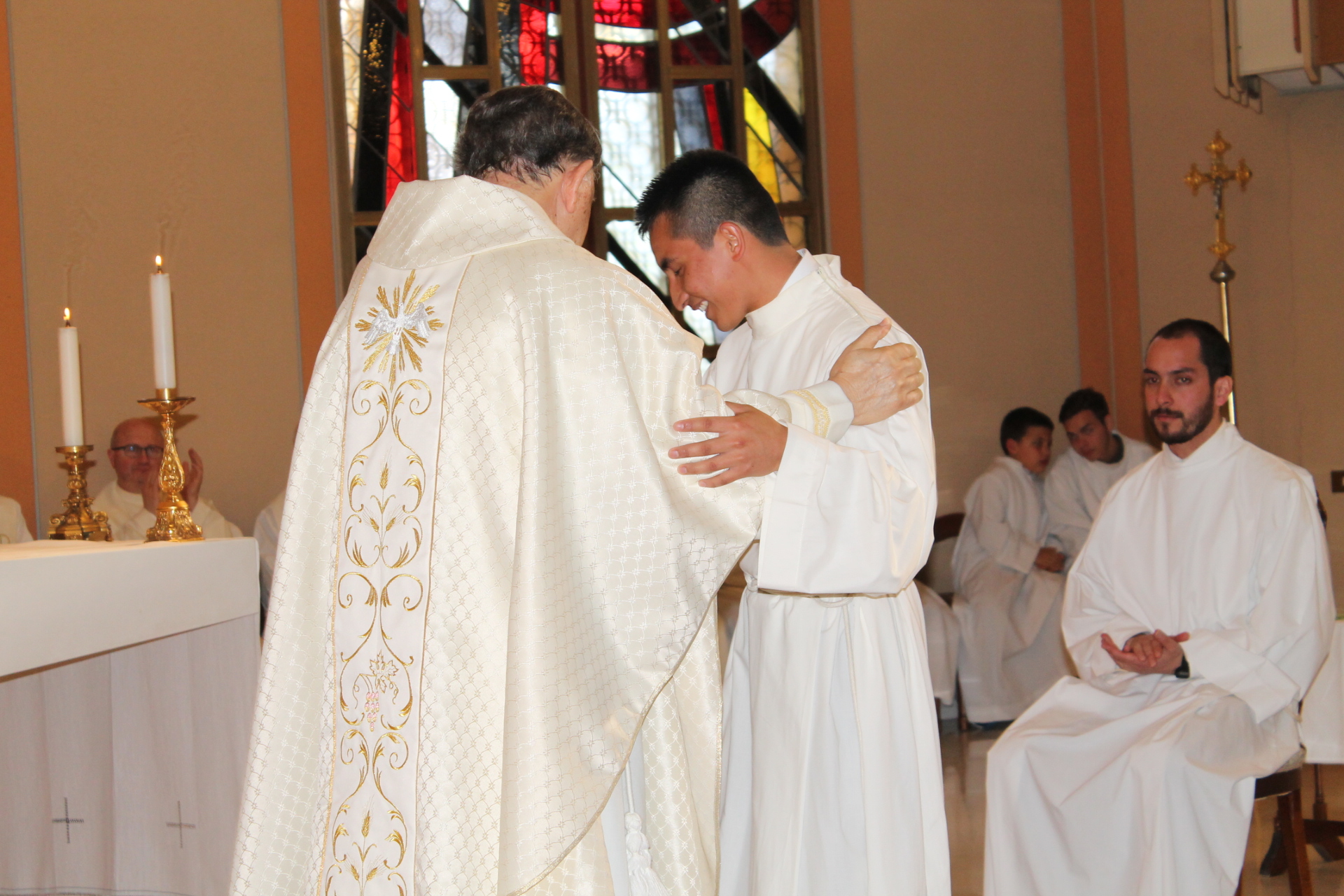 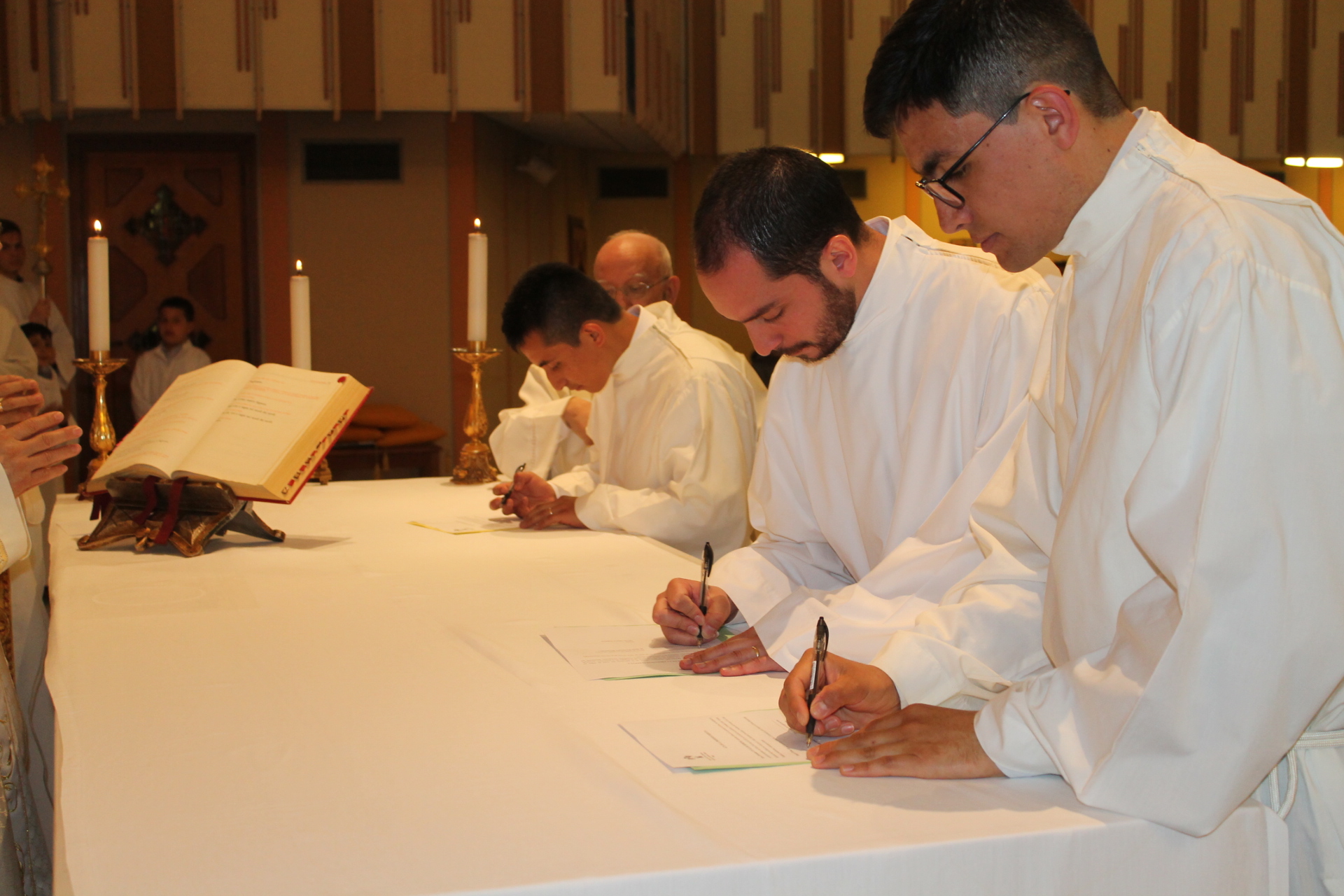 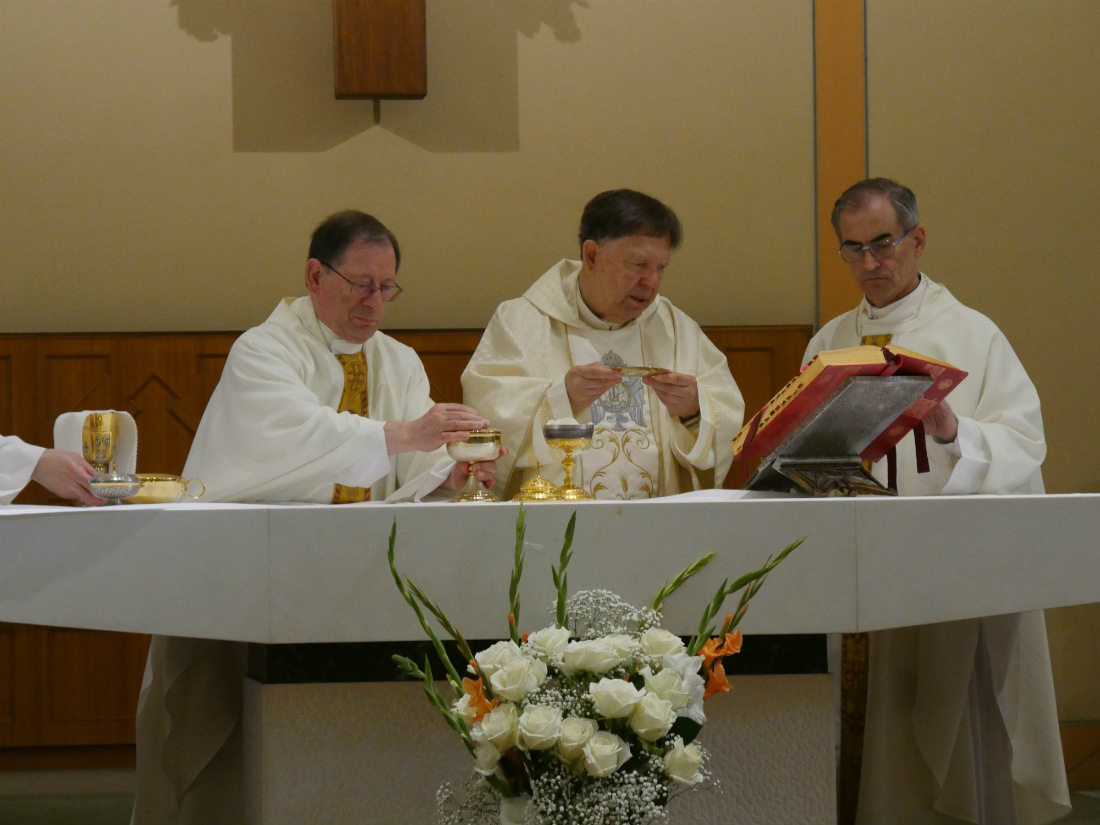 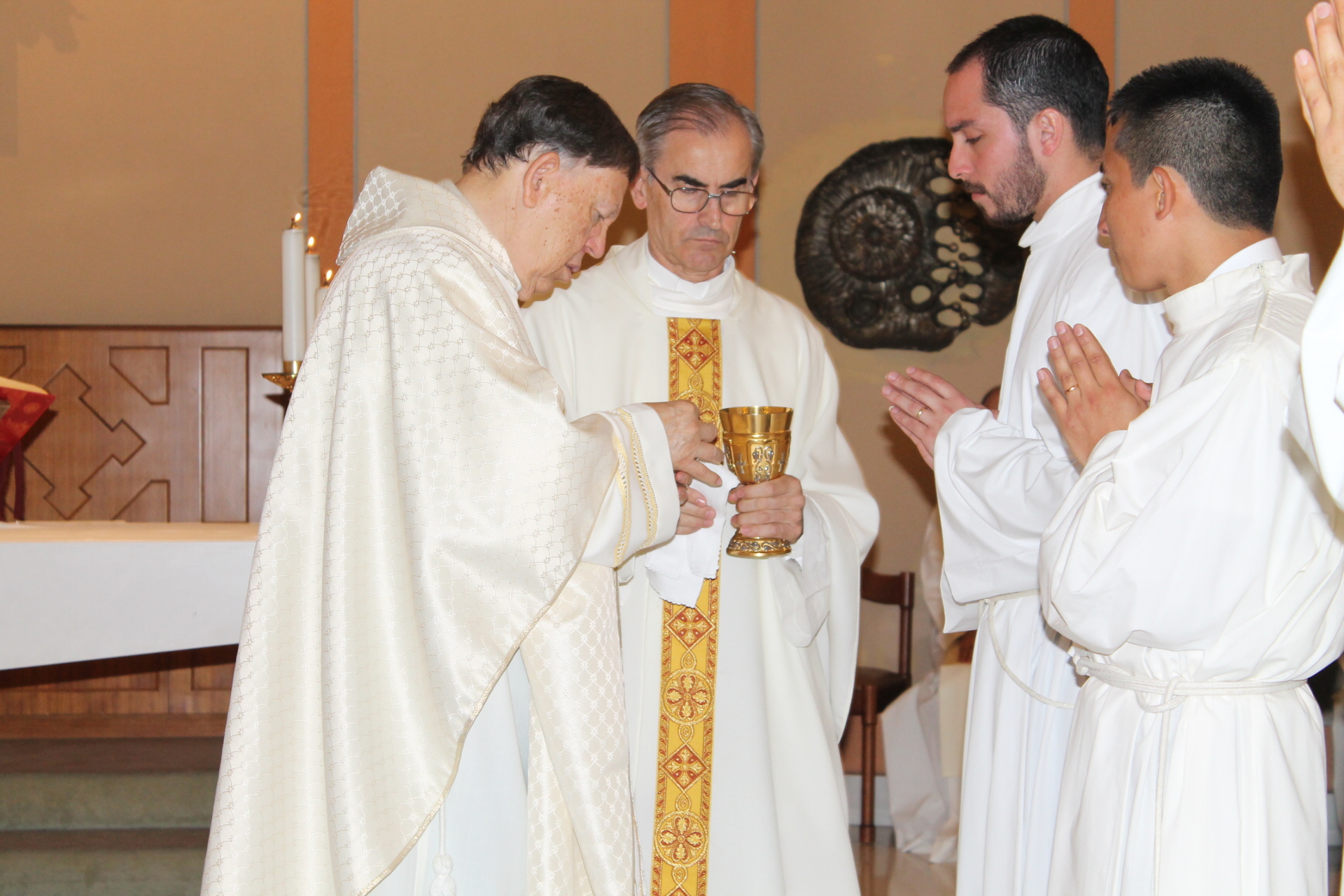 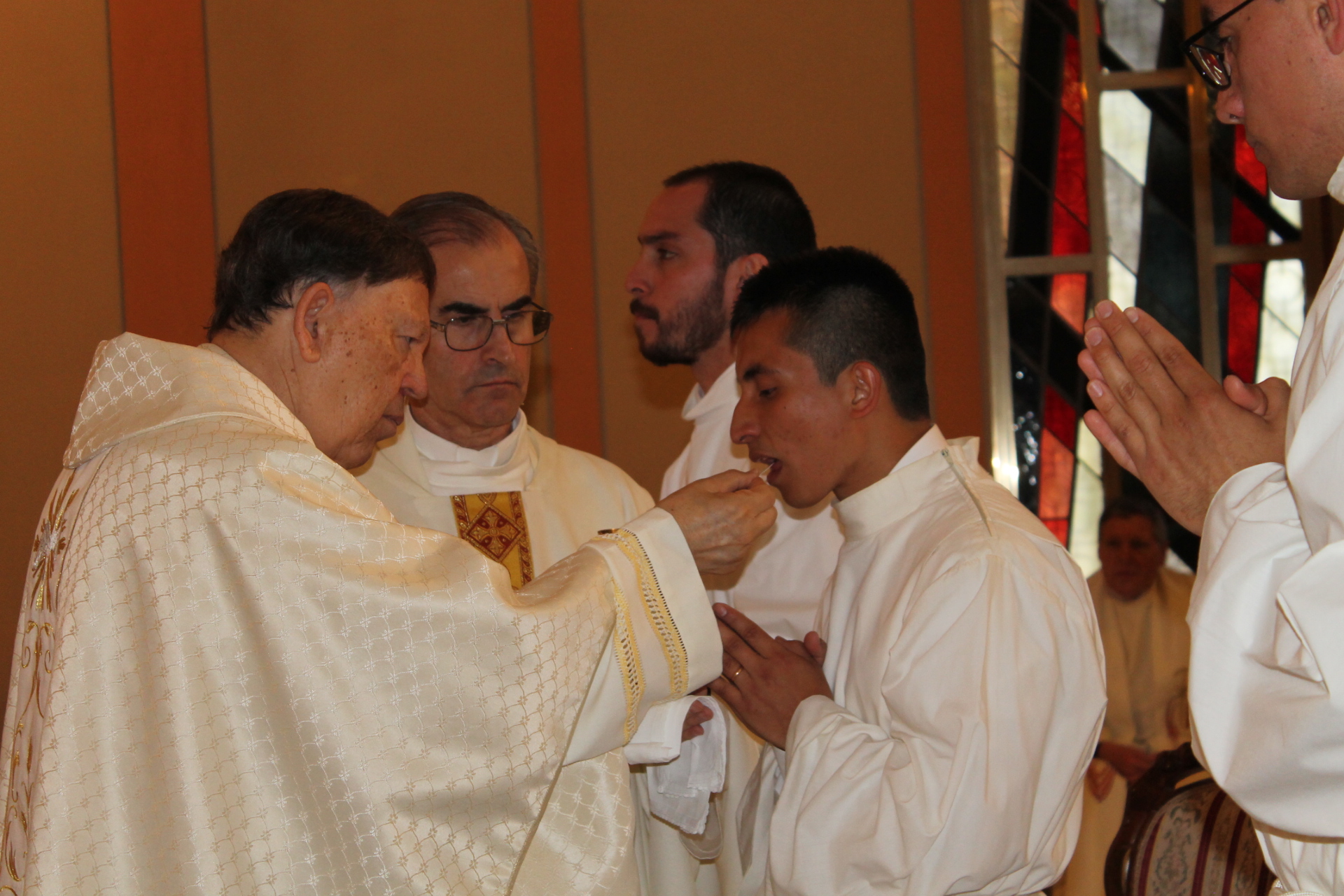 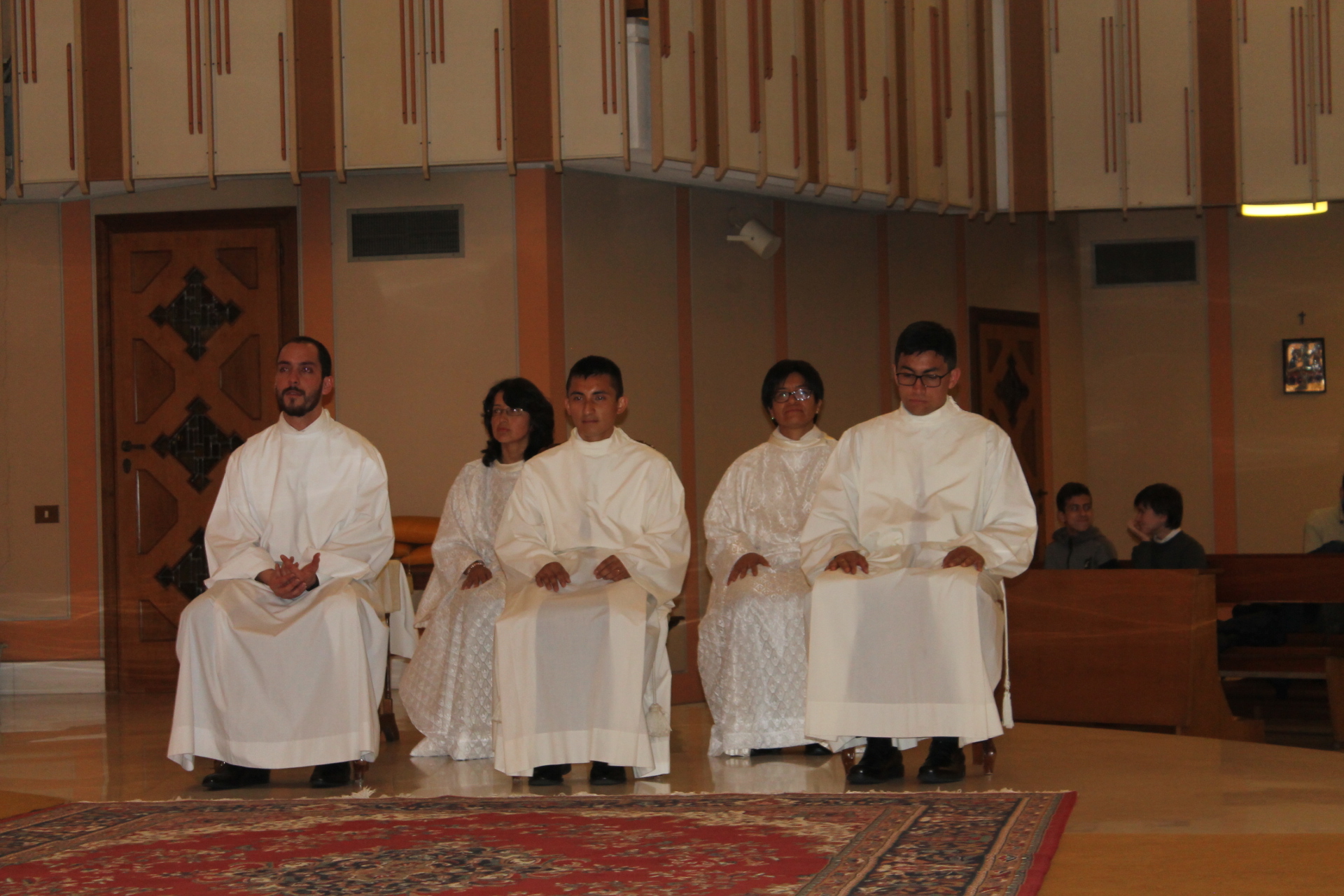 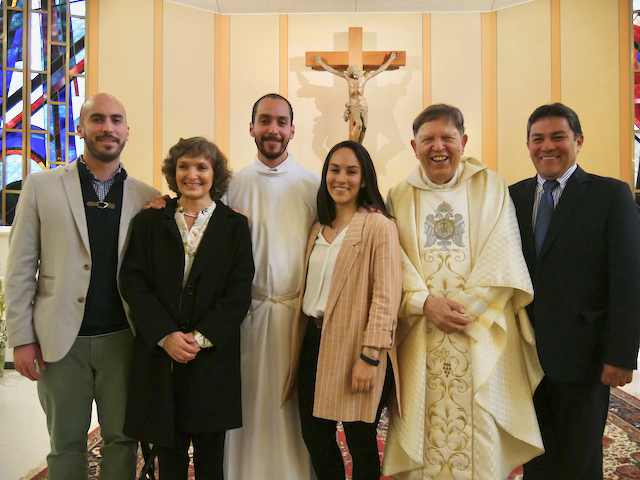 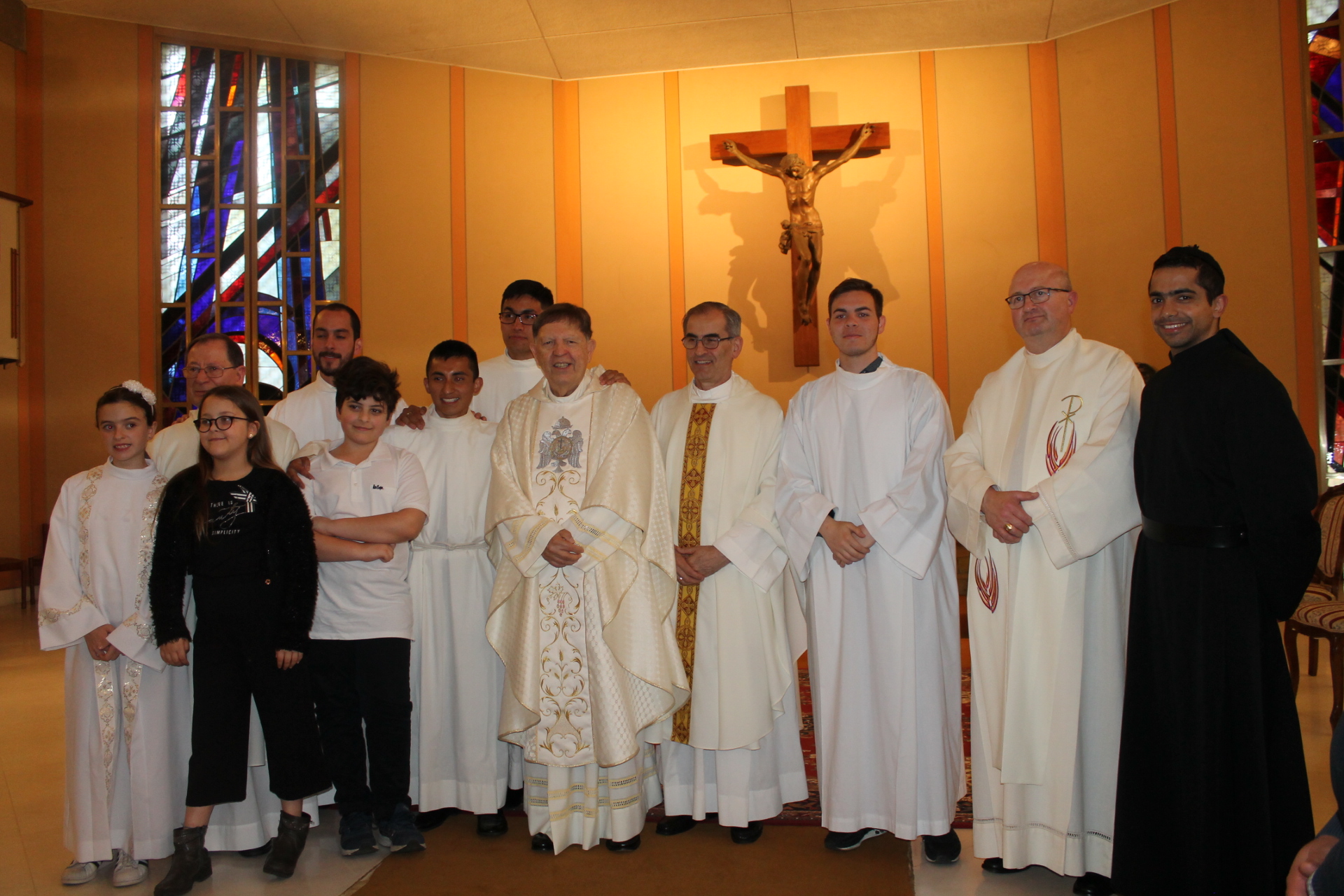