The Idente Family Is Growing in Chiang Mai

After several attempts to constitute the Idente Family in Chiang Mai in northern Thailand, with the participation of parishioners and other friends attending Sunday Mass at the Saraphee Pastoral Center’s chapel, this dream is finally coming true.

Our brother, Thinnakorn Latoo, made a proposal since, as a Thai from this northern province of the country, he is quite familiar with their mentality and customs. For the Thai people sharing and social gatherings where they can converse while eating together informally are essential. Just giving a talk or communicating ideas is not very effective.

We thus started inviting our friends to an encounter the third Sunday of every month which begins with a short commentary on an appropriate subject and continues with a social event including a simple meal, accompanied by music and singing. After two months since its inception, we observe that this initiative is proving to be quite successful and attendance keeps growing, along with an outstanding spirit of cooperation.

At the last event, for example, thirteen families took part with their small children and teenagers. While the adults listen to a talk and converse inside the house, the children are engaged in games and sports under our supervision. Our priest brothers and our Thai sister, Yotsaya, give the talks. Participants come from different parts of the city and even from further away. Thinnakorn did a PowerPoint presentation on charity in simple language enriched with multiple examples which greatly pleased everyone. A young woman who had taken part in a diocesan meeting to prepare for marriage also spoke, providing a beautiful Christian testimony and prompting an ovation from all present. 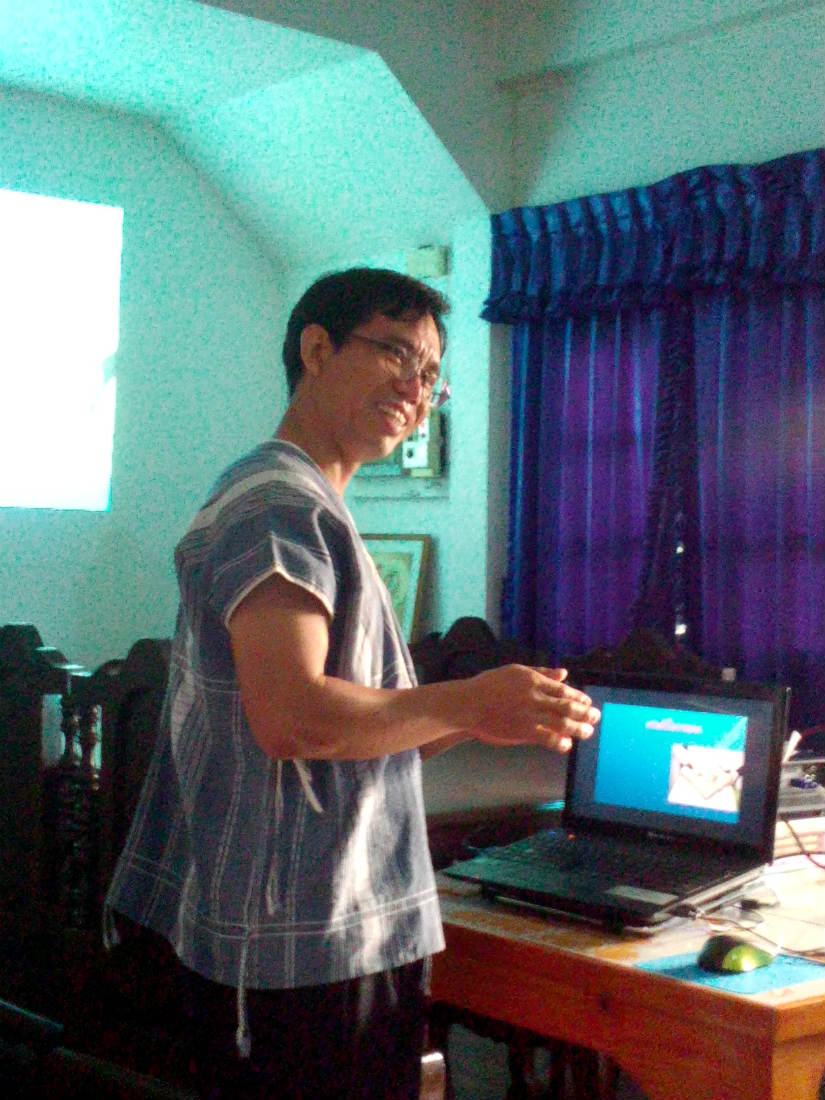