“Truth, goodness and beauty in the new paths of education” is the title of the course that was held at the Valencia headquarters of the Menéndez Pelayo International University, from 18 to 20 September, sponsored by the Fernando Rielo Foundation.

The objectives of the course have focused on reflecting on the foundation of education in a multicultural society, highlighting the importance of the humanities for an integral formation of the person, and showing the richness of multidisciplinarity for an open dialogue with the contribution of different knowledge. We have covered disciplines such as philosophy, pedagogy, art (through painting), literature, theology and social action.

At the opening ceremony, presided over by the director of the UIMP in Valencia, Dr. D. Agustín Domingo Moratalla, the course director, Dr. Juana Sánchez-Gey, professor at the Universidad Autónoma de Madrid, took the lead, who stated that in the seminar we were proposing something as old as it is essential, because it is constitutive of the human being, but treated in a new way.

Mª del Carmen García Viyuela, Vice President of the Idente Foundation for Studies and Research, a collaborating entity in the course, highlighted the importance of the field of education, and the ideological reductionism of a subjectivist relativism, which we suffer in the vision of the human being and, therefore, his education, and that drags her to not being able to offer horizons of meaning from which to build one’s own life. As educators we have to deepen and try to resolve the great questions that deeply concern the lives of human beings, and especially young people,” she stressed.

Education is in need of a metaphysical and anthropological foundation that allows us to have a vision of the greatness of our personal constitution, which contemplates both our transcendent spiritual openness and the psychological, somatic and social dimensions of our nature.

The President of the Fernando Rielo Foundation thanked the UIMP for its welcome and affirmed that the attributes of absolute reality Truth, Kindness and Beauty are also attributes of any other reality and, among them, of the human being, because the human being is born creatively from the Absolute. May this seminar make us more aware that truth, goodness and beauty converge in love. A love that is not reductive but relational with God, with man and with nature, and whose education is what makes man come out of himself to unite and give himself to others.

The opening ceremony ended with the words of the director of the UIMP, who highlighted the human and intellectual category of the speakers taking part in the seminar, the richness of the different perspectives to be presented, and the fact that the transcendental perspectives would be dealt with in the harmony of an educational horizon, which includes the ethical, aesthetic and epistemological dimensions.

The first lecture was given by Dr. Juana Sánchez-Gey, professor at the Autonomous University of Madrid and director of the course, who introduced the educational moment in which we are installed and then moved on to the contribution of Fernando Rielo, whose model starts from the absolute, with a clear metaphysical vocation, to explain what human nature is like.

The Professor of Moral Philosophy and Politics at the University of Valencia, Dr. D. Jesús Conill, in his lecture entitled “Educating the human person from bodily intimacy” underlined how we have to start from the human condition and ask ourselves the why and who of the human being. Education has to reach the intimacy of the person because if it is not so, there is none.

Dr. Yolanda Ruiz began her presentation, which she titled “New educational horizons”, underlining that education is facing a change of era that represents an enormous challenge that Scholas Occurrentes is trying to respond to. Scholas understands that it is important to transform traditional education and open paths to the integration of different social realities through dialogue and encounter.

In his lecture on “Pedagogy of Ecstasy”, which is a contribution of Fernando Rielo to education, Dr. D. José Mª López Sevillano began with a distinction of what is mysticism and what is not, and then introduced us to the meaning of ecstasy. For Fernando Rielo,” he stressed, “mysticism is the science of divine love. Ecstasy means coming out of statism, but it has nothing to do with alienation. He pointed out that ecstasy appears as a parameter that increases the unity of the human being in its different levels (spiritual, psychological and corporal) and he made explicit as specific characters of the former, the preventive, transforming, of simplicity and firmness, concluding that, like love, ecstasy is inclusive, potentiating and dialoguing.

Next, Juana Sanchez-Gey developed a seminar on the “Philosophy for Children” program, created by Matthew Lipman. It is based on the idea that as children we all want to be philosophers. Understanding that philosophy has to be a orientation for life, and has to help us to look for the ultimate reasons for life, to think in common.

In the round table that took place under the same title as the course, also moderated by Juana Sánchez-Gey, the sociology professor of the Complutense University and poet, Mª Antonia García de León, began her intervention, joining her literary reflection to the recitation of one of her poems from her last book.

Afterwards, Professor Dr. D. Jaime Vilarroig, professor at the CEU in Castellón, made a philosophical reflection on truth, goodness and beauty through paradigmatic tales, as well known as red hood. In his intervention, he stressed that it is inappropriate for a teacher to educate in lies, in evil or in ugliness.

Dr. José Vicente Bonet, professor at the Catholic University of Valencia, highlighted the need to recycle virtues with respect to transcendental ones, although the problem is that the language of virtues seems old-fashioned but it is necessary to highlight their importance.

Finally, Alicia Puchalt, Vice President of the Fontilles Foundation, explained the beauty of love that is the story of Fontilles, which was born to welcome a serious pain: people suffering from leprosy and has developed a project where they shake hands truth, goodness and beauty.

This round table was complemented by a concert, preceded by an interview by the director of the Fernando Rielo Foundation, Ascensión Escamilla, who showed the importance of music in the education of these transcendental values, through the life experience and art of the composer Juan Montesinos (who has composed a hymn in homage to the figure of Fernando Rielo and his work), of Concepción Darijo, soprano and teacher at the Conservatorio Superior de Música Salvador Seguí de Castellón, and of the young organ and piano player Rafael Guillem Guerrero.

“Beauty, truth, goodness: an integrating proposal from spirituality and theology” is the title of the lecture given by the professor of the Faculty of Theology of Valencia San Vicente Ferrer, Dr. D. Vicente Tur Palau, showing that the question is science and faith compatible? it does not have to be posed as a dilemma.

In the universe everything seems to have been prepared so that life could have been given and even more the human being, but scientism says that there is no project but chance. He then developed the scope of the relationship between creativity and spirituality and theology, concluding that mystics meet in their experience with truth, goodness and beauty.

The professor of the University of Valencia and magnificent poet, Jaime Siles, in his lecture entitled “Literature as aesthetic and moral paideia”, gave a historical overview of the figure of poets and the social mission they have carried out in different periods, starting with classical Greece, where the aedos had the mission of singing the actions of heroes, but they also had a mission of moral teaching, and ending with the figure of Federico García Lorca, of whom he affirmed he was very conscious that theatre has a mission of teaching and requires models of authority.

At the closing ceremony, the director of the course was satisfied with the high quality of the presentations, the interest aroused in the students and their enthusiastic participation in the colloquia and echoed the desire expressed by them to continue to deepen these fundamental themes.

Dr. Vicente Botella Cubells, Dean President of the Faculty of Theology of San Vicente Ferrer, highlighted the importance of disciplines such as theology and spirituality being present in these courses, which reflect the transcendent dimension of the person without which we cannot speak of an integral education.

In his closing remarks, Mr. Jesús Fernández, President of the Fernando Rielo Foundation, in addition to expressing his gratitude to each of the participants, stressed that, although with different terminology, and beyond erudition and mere information, all the interventions have served to make us aware of the multiple perspectives possessed by what Fernando Rielo calls “education in ecstasy”. which is nothing other than to grow continuously in love and friendship, in enriching ourselves as persons through welcoming, listening and dialogue, trying to give all the best of ourselves.

The director of the Menéndez Pelayo International University, Dr. D. Agustín Domingo Moratalla, closed the course, urging the continuation of the work undertaken in it, given that it is an area, that of education, fundamental and full of challenges, that needs a solid anthropological foundation and that is requiring a national and global pact. 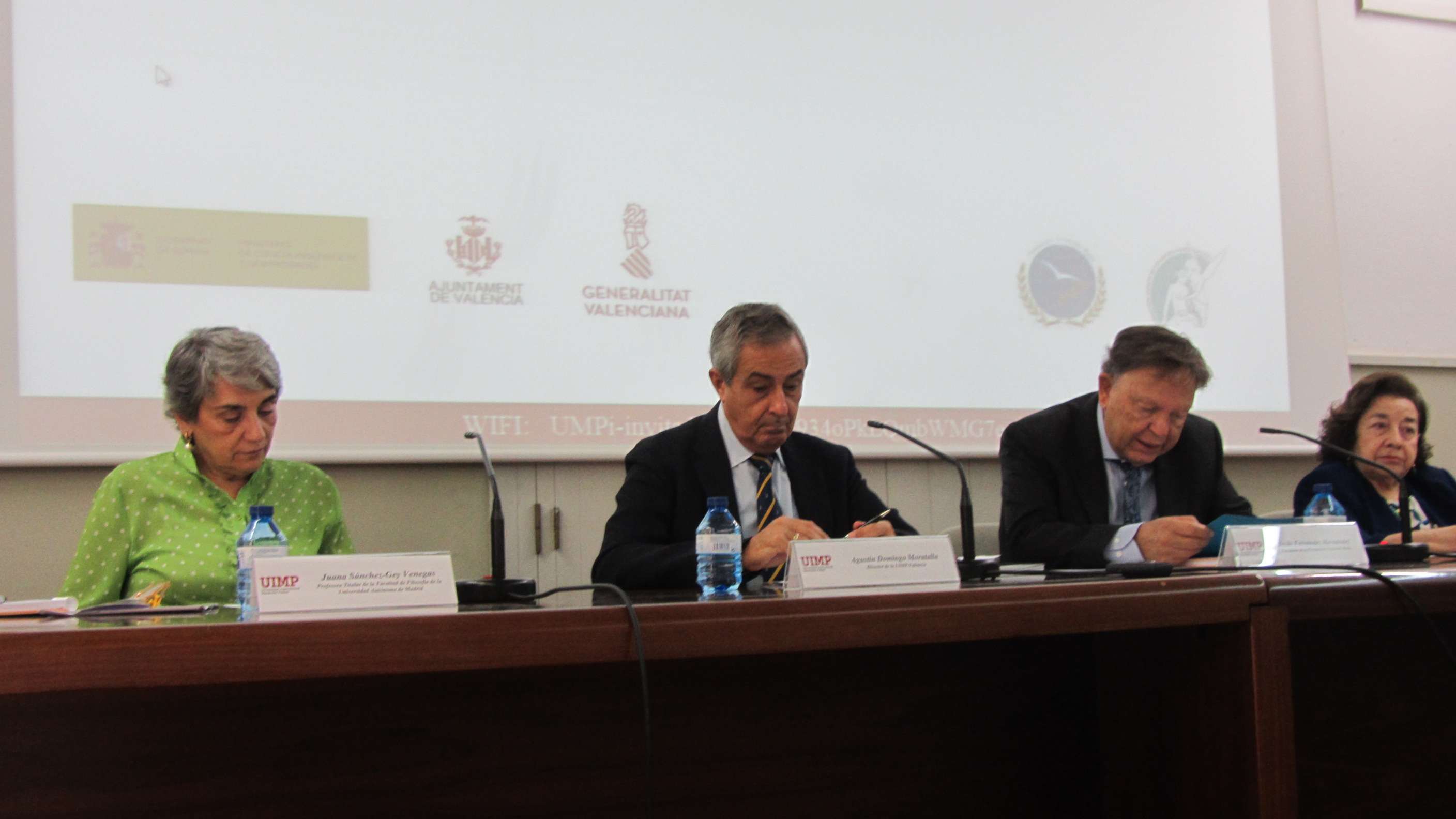 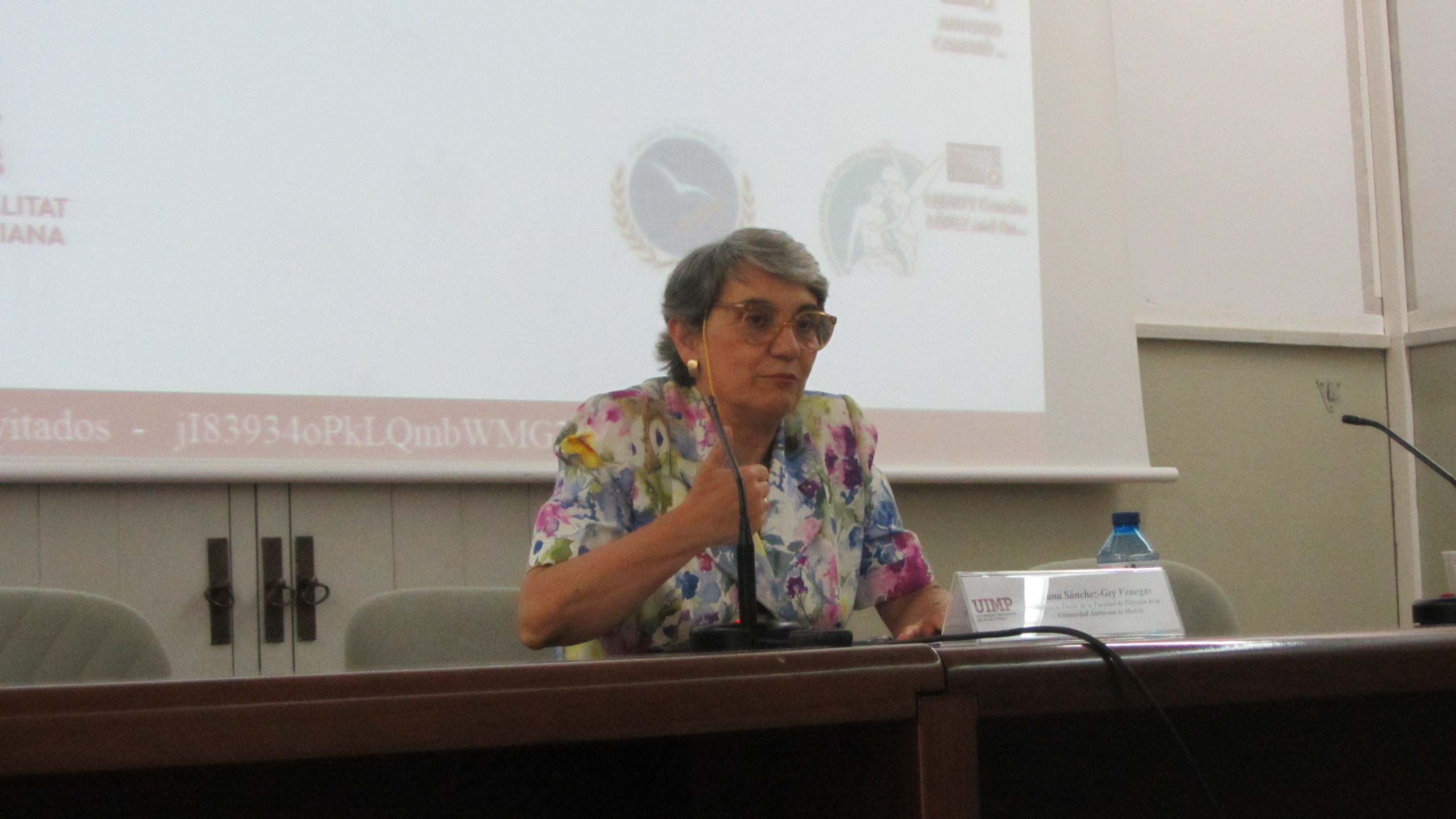 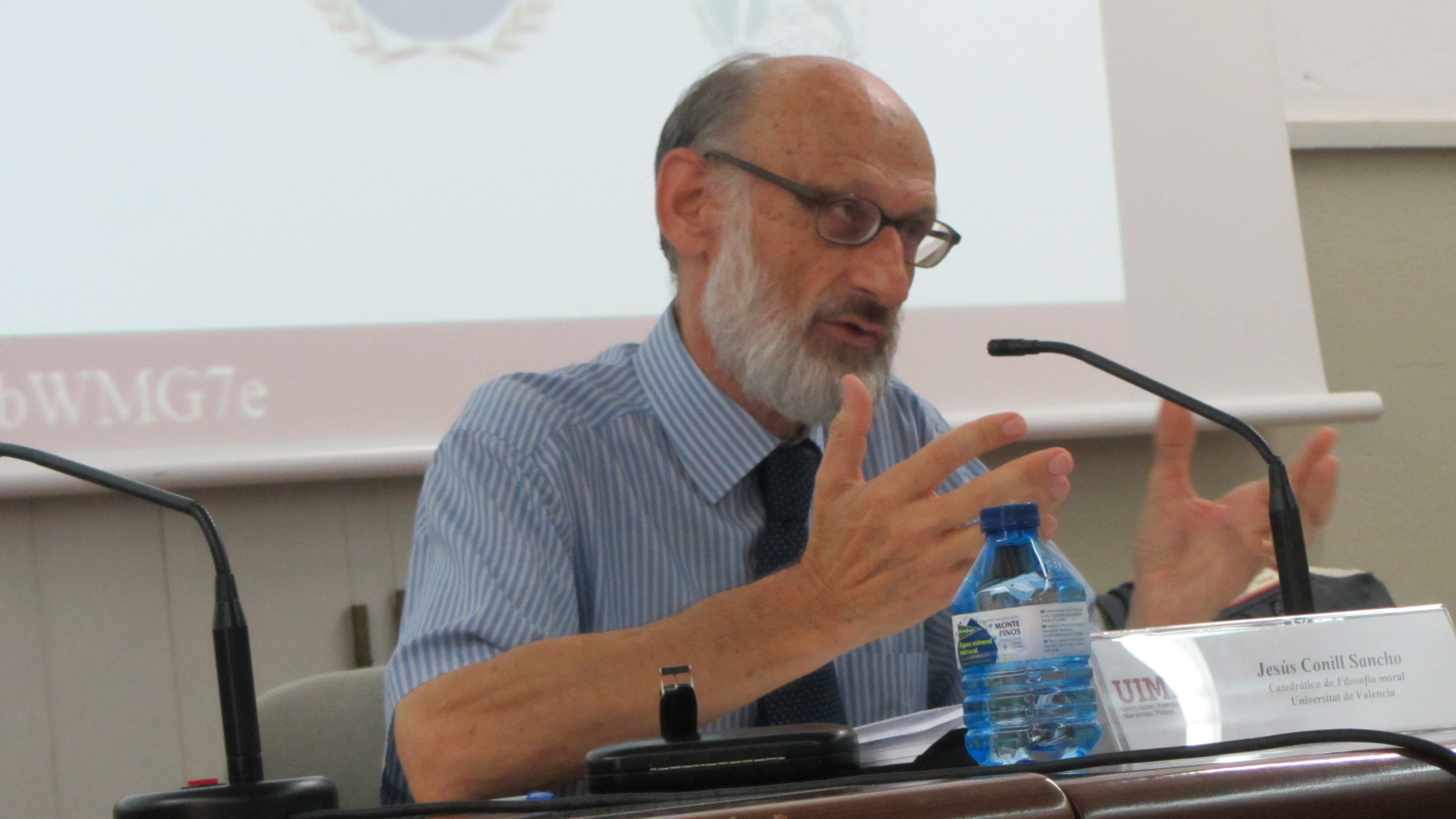 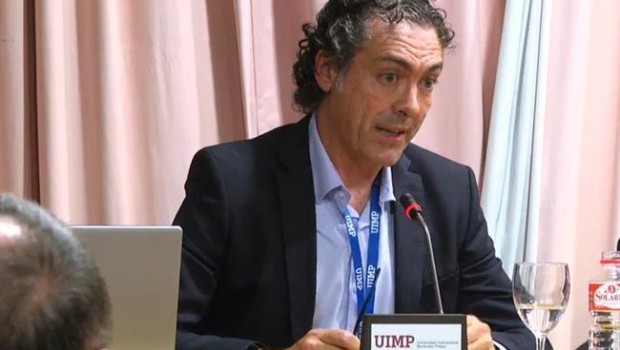 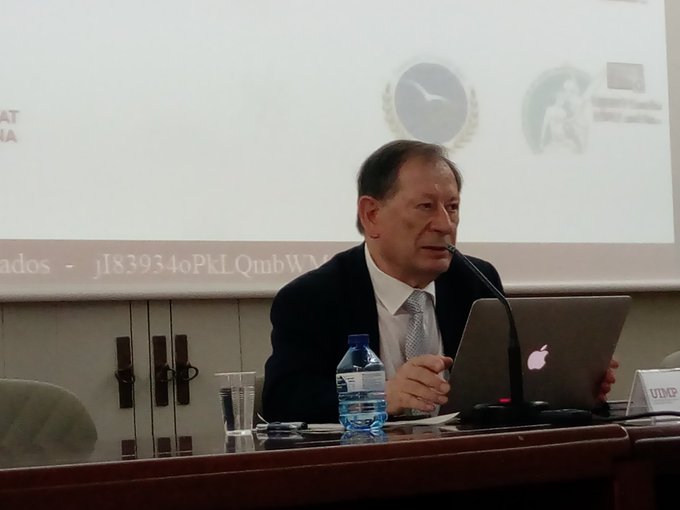 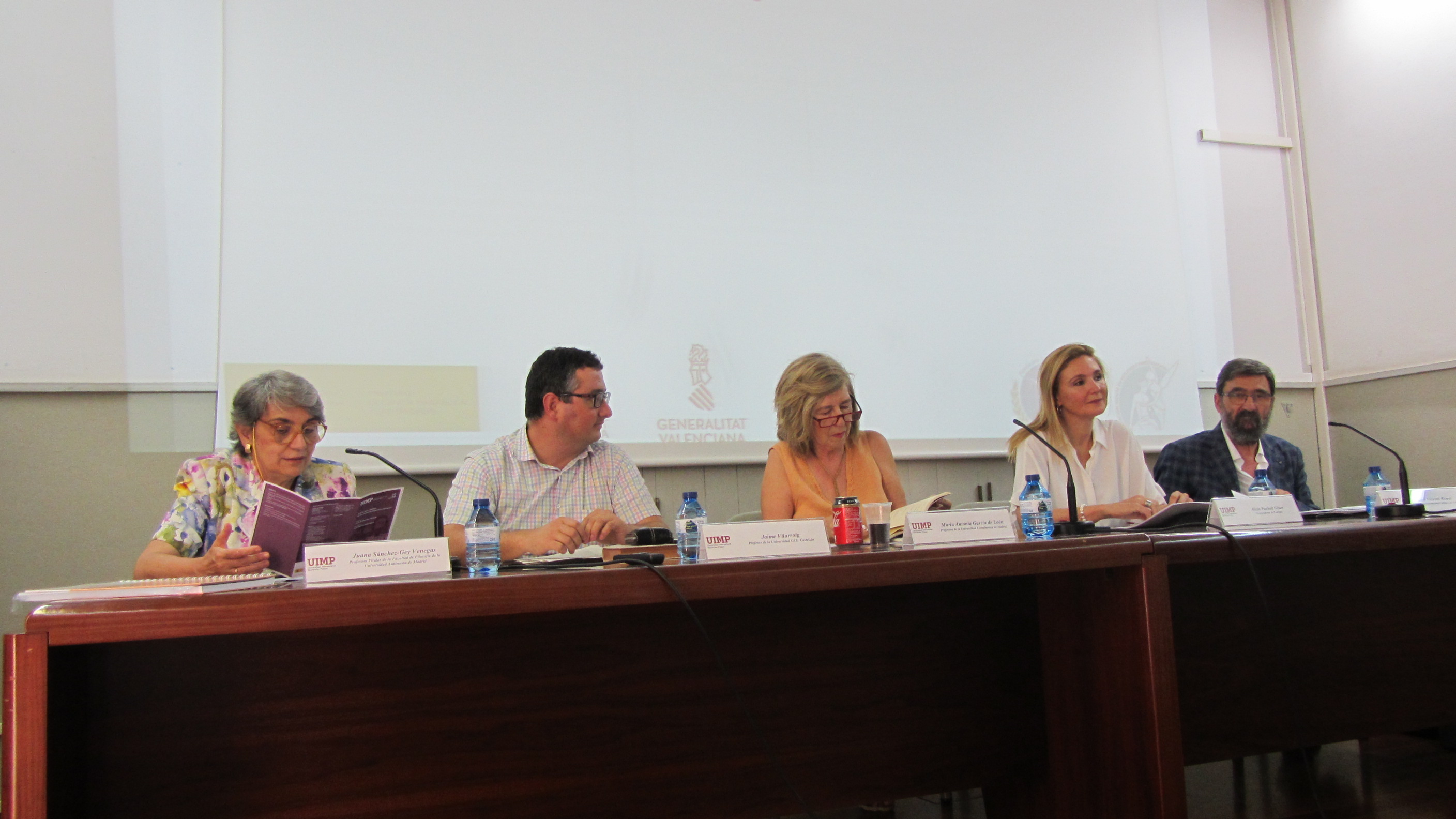 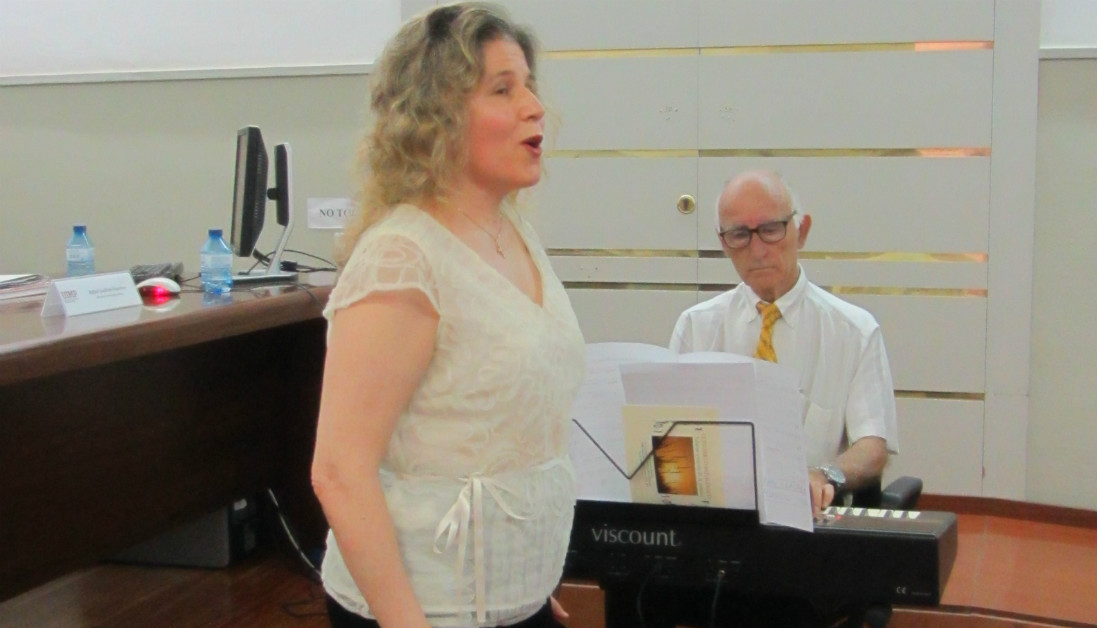 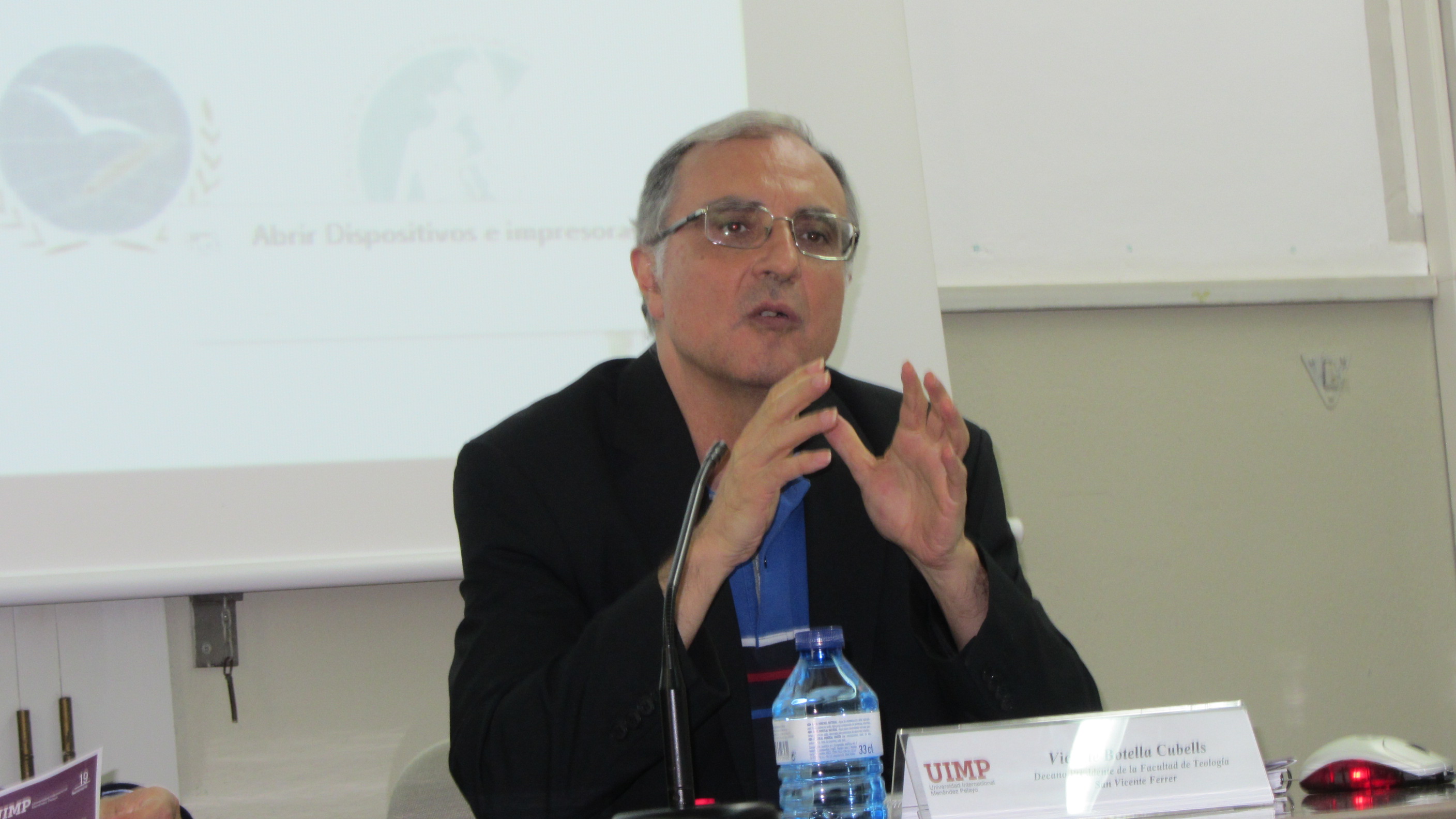