On Tuesday, October 22nd, in Saraphi, northern Thailand, the Catholics of the place that until now frequented the small chapel of the idente missionaries will await this event. This is the inauguration and consecration of the Church of the Divine Mercy, which will also be administered by our idente Institution.

A very significant fact is that the work has been financed, for the most part, by a benefactor of Bangkok, known to the Bishop of Chiangmai, Monsignor Francis Xavier Vira. This lady wanted to have a temple built with the name of Divine Mercy, because of the special devotion of her family, and the bishop advised her on our project. Once she met him directly, in a meeting with our community, she wanted to donate more money to build an open assembly hall – typical of Thailand – called ¨salá¨ and which will bear the name of Fernando Rielo, our father and Founder.

The parishioners of the small church we had until now are mostly Pakanos, who have migrated from the mountainous areas to Chiang Mai with their families. Attendance at Sunday Mass is growing, with the sign that they come as a family and with many children. This has led our community to encourage meetings of the idente family, promoting many spaces for living together and visiting their own houses, something common here. In addition, activities for young people, both recreational and formative, are also growing.

In the church grounds, the auditorium and its surroundings, one of the projects is to continue with the celebration of Idente Youth camps with teenagers and children, now having more material means to make them.

Other benefactors are the former students of our brother +Eduardo Domínguez Suria, mostly Buddhists, who have created a bank account into which they have been depositing money to help us. Some Catholics from Chiang Mai have also helped us financially and among them some have gifted the altar marble or the tabernacle. The cross on the main altar was a gift from the bishopric.

Our dream has always been that this venue would become an ideal spirituality centre for children, young people and adults, bringing together spiritual experiences and retreats, both at the Thai level and at the level of the countries of Southeast Asia, which are so close together, such as Myanmar (Burma), Laos, Vietnam and Cambodia, and even with people from other Asian countries.

The text of the invitation attached is as follows:
The Institution of the Idente Missionaries and the parishioners of the Church of the Divine Mercy in Saraphi have the joy of inviting the priests, nuns and faithful to the consecration ceremony, presided over by H.R.H. Bishop Francis Xavier Vira, bishop of Chiangmai, which will take place on Tuesday, October 22, 2019 at 10:00. 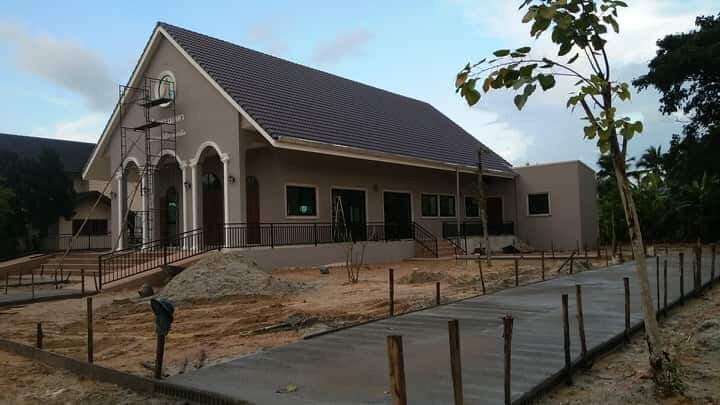 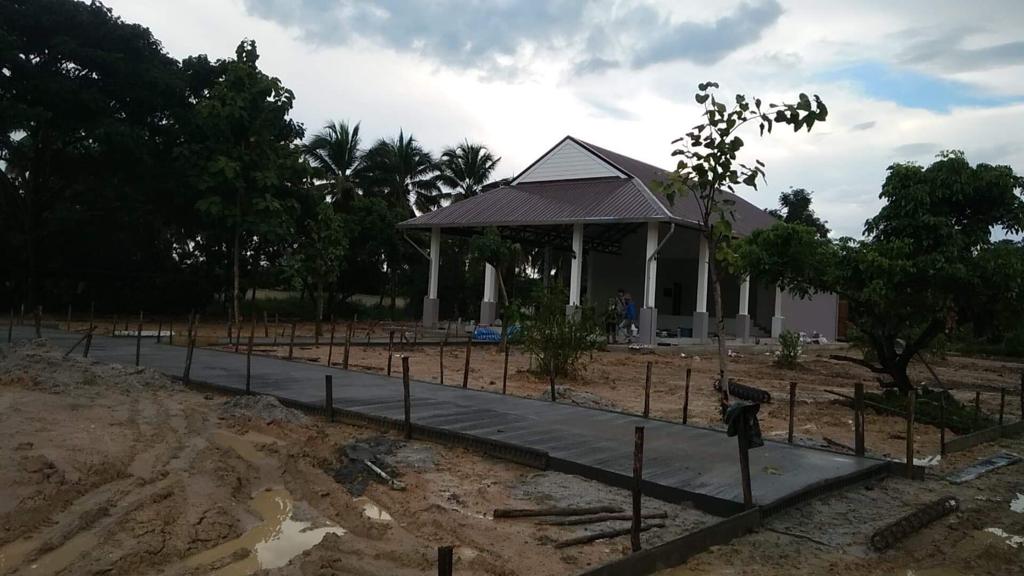