Learn to live holiness in common in Yaounde

It was in the joy of obedience that the idente missionaries, of the province of Cameroon-Yaounde, invited a group of young girls of the university parish Soa to share one weekend at their residence. This “Apostolic Weekend” is in line with Motus Christi usually organized following the spirit our Founder Fernando Rielo and the President of our institution.

The girls arrived on Saturday the 23th with much joy and great desire to profit from what had been prepared for them. It was the first organized in English because most of the participants were Anglophones (From Cameroon and Nigeria).

In the first teaching, Anne our superior, spoke on prayer and to allow ourselves to be loved by God Our Father. One participant’s question was; “until when should we pray for a sick person we feel is not getting well?” she was consoled by the responses given by others to her preoccupation as she learned that the best thing to do is to confide everything in God’s hands. In the evening, we listened to a wonderful testimony given by a missionary Irene on her engagement. Everything continued in a team’s spirit and in a state of prayer.

On Sunday, we attended the English mass at Etoudi. After mass, a film was projected and the film helped to deepen the lesson on prayer and abandoning ourselves and not forgetting the presence of guardian angels to accompany us. The film was titled ” The legend of Bagger Vance” by Robert Redford. During the sharing that followed, they were touched by God’s tenderness and on the importance not to always go back to negative memories of the past. In the afternoon, our sister Yvette made us a beautiful exposure on angels. As our founder thought us, we renewed our engagement to often call on our guardian angels.

We rounded up the apostolic weekend with the charismatic touch, trissage and we took pictures. Joy was present from the beginning to the end. 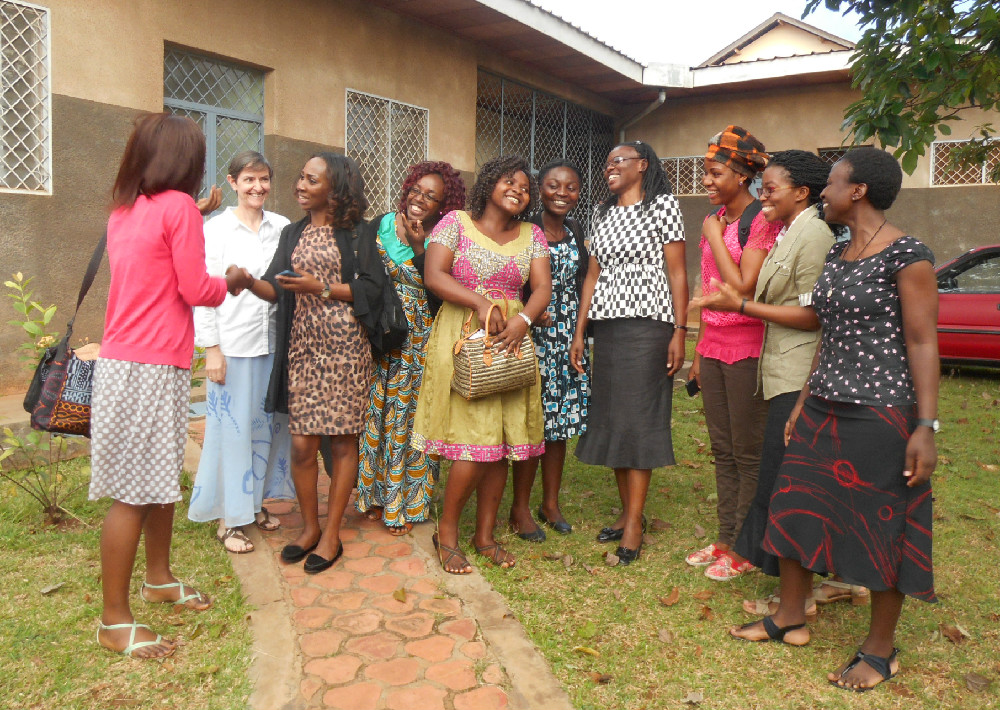