On Monday, October 7, two Idente Missionaries, Subin Wilson, M.Id (India), and Jinwoo Michael Nam, M.Id (South Korea), received the minor order of Lector, at a solemn Mass celebrated at St. Joseph’s Seminary, outside of New York City. The prelate who installed them in the Ministry of Lector was Bishop Gerald Walsh, an auxiliary Bishop of New York, who was the former rector of the seminary. In his homily he called the candidates to minor orders to a life of service that is grounded in a life of prayer and personal offering. He told them that the Church today was in need of healthy, happy and holy priests. The minor order of Lector confers on those on the way to the priesthood the responsibility for reading aloud excerpts of scripture at a liturgy. 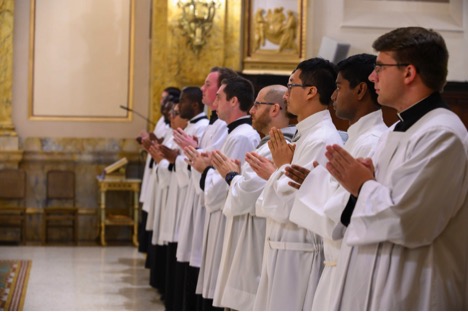 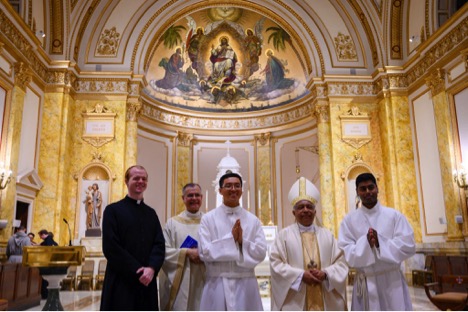