New authorities at the Private Technical University of Loja (Ecuador)

On 10 February, the solemn ceremony of presentation of the new authorities of the Universidad Técnica Particular de Loja (Ecuador) took place, presided over by Fr. Jesús Fernández Hernández, president of the Idente missionaries. During the ceremony, a heartfelt tribute was paid to our confrere José Barbosa, the outgoing rector. The bishop of Loja, Mgr. Walter Heras, was present, as well as all the civil, military and academic authorities of the province and other persons who from different provinces of Ecuador were present to join in the gratitude for our brother José Barbosa, who has dedicated himself to the UTPL for more than 20 years, the last ten as rector.

During the ceremony, José Barbosa addressed those present with words of gratitude to God, to the Institution of Idente Missionaries for the special guardianship in the mission that was entrusted to him ten years ago, to the people who worked with him and to the entire university community. He mentioned that it was a mission he assumed with respect and conviction, because thanks to the work done previously the UTPL was a young university that in its 38 years had gained much prestige. He mentioned that he takes with him the desire to continue living the highest values that Christ gives us in the next mission that is entrusted to him and to conclude he said: “May all of us here present, starting with me, seek the union with the Divine Persons and be God’s home in our hearts, this is what fills me with pride, that all this form is what makes the UTPL what it is today, so I am sure that everyone’s work will endure.

We also highlight the words of Monsignor Walter Heras, Bishop of Loja, who mentioned the 23 years that the idente institution is in charge of the UTPL, thanking the different missionaries who have passed through the university. He congratulated the new rector and encouraged him to maintain the principles and aims that gave birth to the university, based on the Christian principles that govern it.

Santiago Acosta, the new rector, intervened. His first words were to thank the President of the Idente missionaries for his confidence, mentioning that he will do his best not to disappoint him, the bishop for his support and our brother José Barbosa, with whom he has shared the previous years of apprenticeship. He also mentioned the strategic lines on which the work in the university will be centred for the next five years.

Finally, Fr. Jesús Fernández, president of the Institute of Idente Missionaries, mentioned that the model of the UTPL recognizes Christ as the master par excellence. Therefore, research and innovation must be done to contribute to the physical, psychological and spiritual well-being of the person, because only by including the spiritual dimension in the formation of people can we contribute to the well-being of society. He emphasized two objectives of our university; first, to form persons who assimilate the humanism of Christ, who have an experience of Christ; second, to encourage professionals to imbue their environments with the living out of Gospel values.

He encouraged those present to recognize that the integral formation of the person is possible only if we admit an absolute model present in the person from the moment of his creation, a model that inspires us to act and that can guide our reason to a good end. He concluded by emphasizing the mission of placing Christ on the chair of the University, which is to place him on the chair of the heart of the human being.

The day before, Sunday, February 9, Fr. Jesús Fernández celebrated the Eucharist in the university chapel. This Eucharist was a grace from which so many people, including members of the Idente Family, and Idente Youth (about 300) could benefit, that so many had to be standing.

In the homily, our president spoke of the meaning of being like children, of living the prayer that is generosity, of the need for our heart to be on its knees, in a state of supplication, to receive the light that is given to us as a gift in the Eucharist, a light that we are called to share with others with joy.

After the Eucharist, he greeted the people closest to the Idente family and the families of the missionaries from Loja, who also received a special grace. 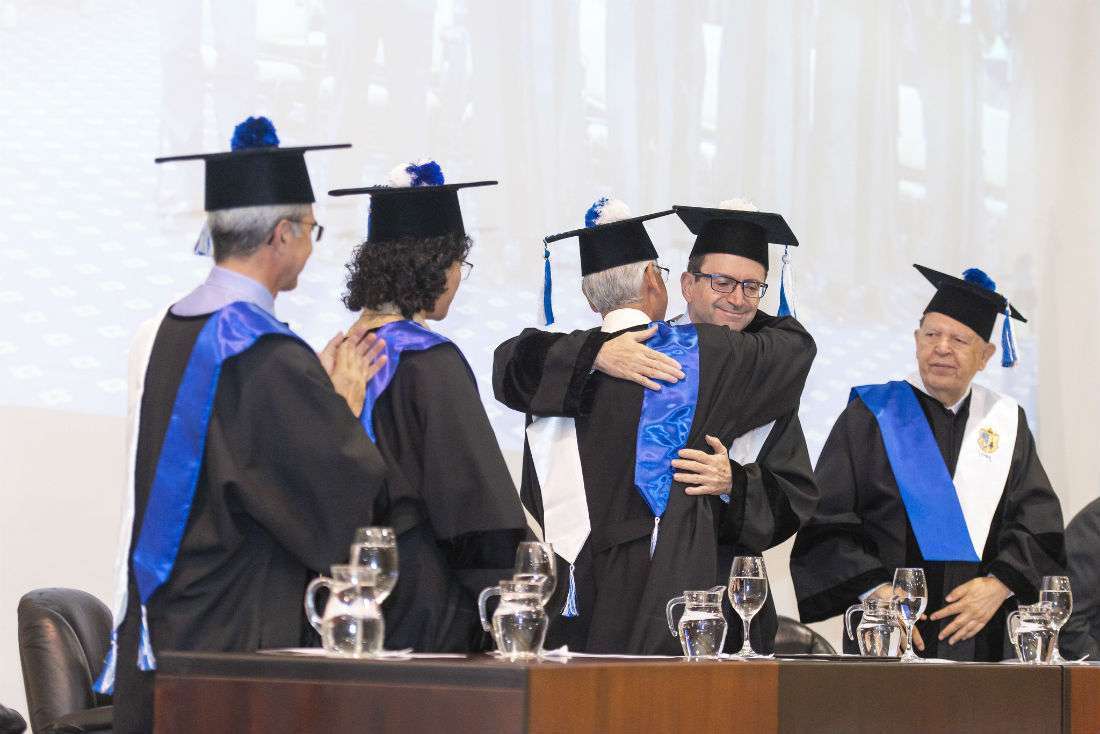 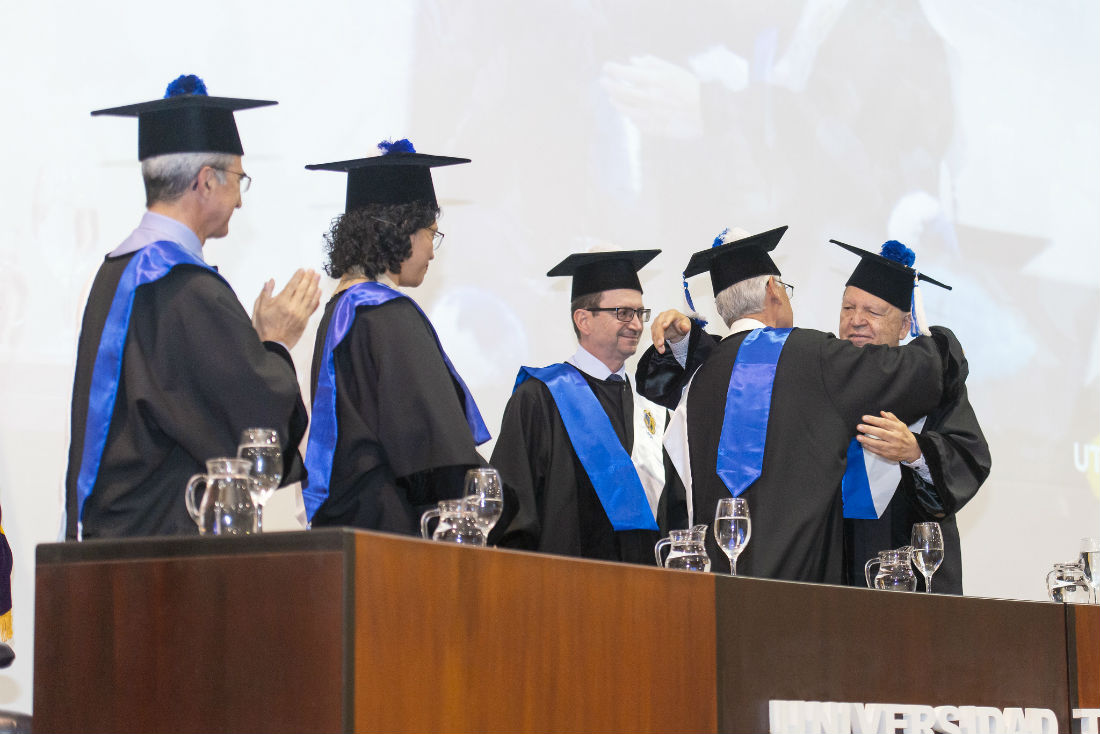 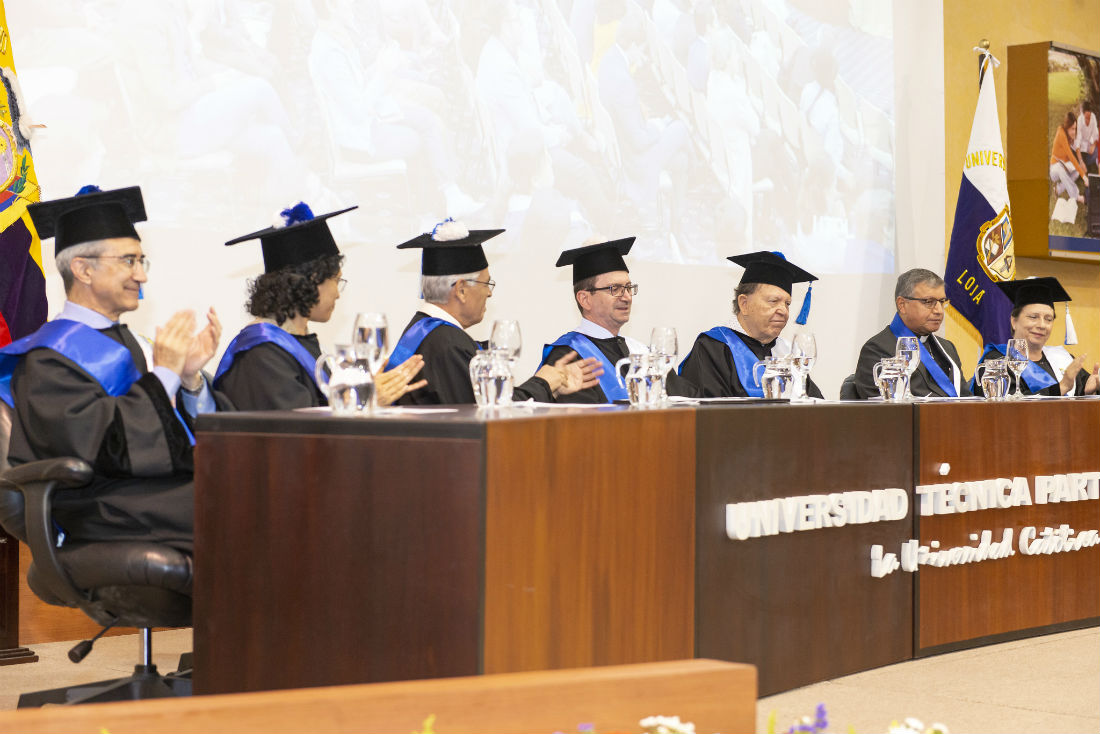 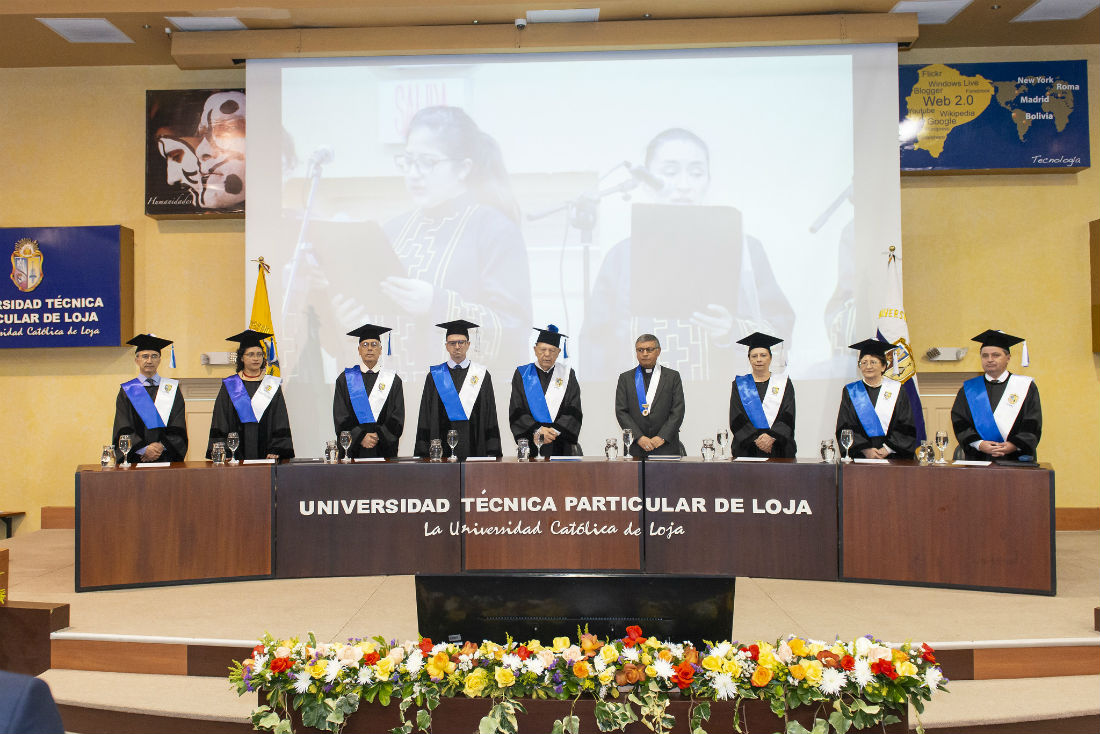 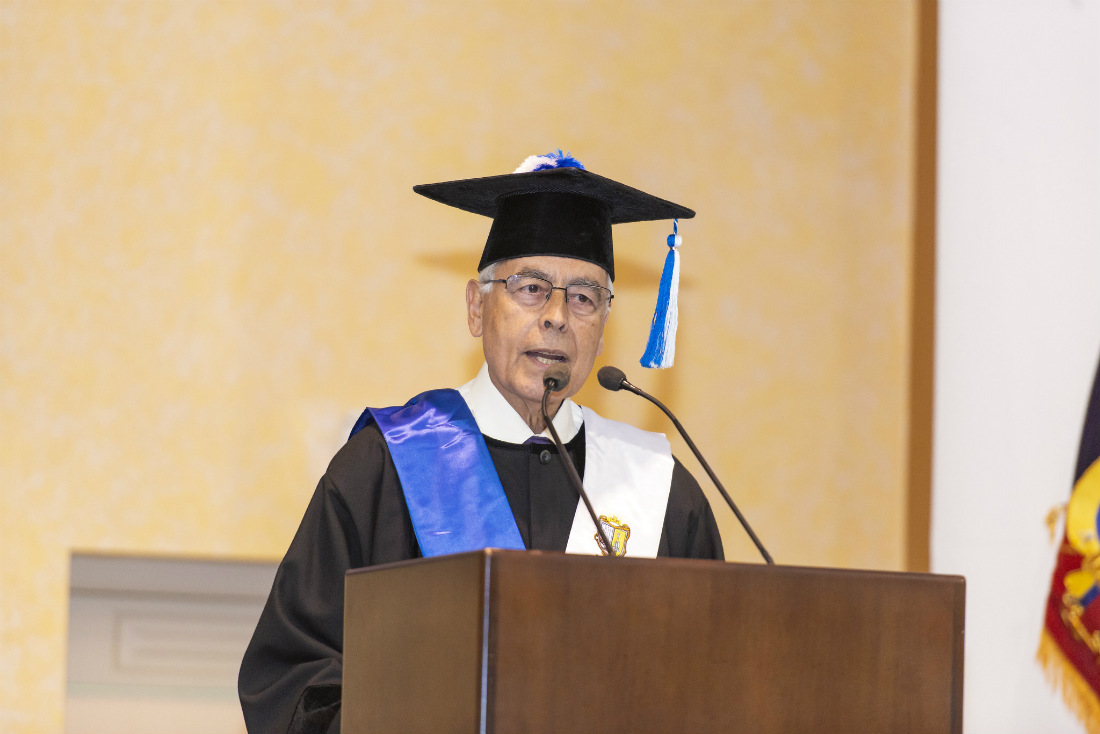 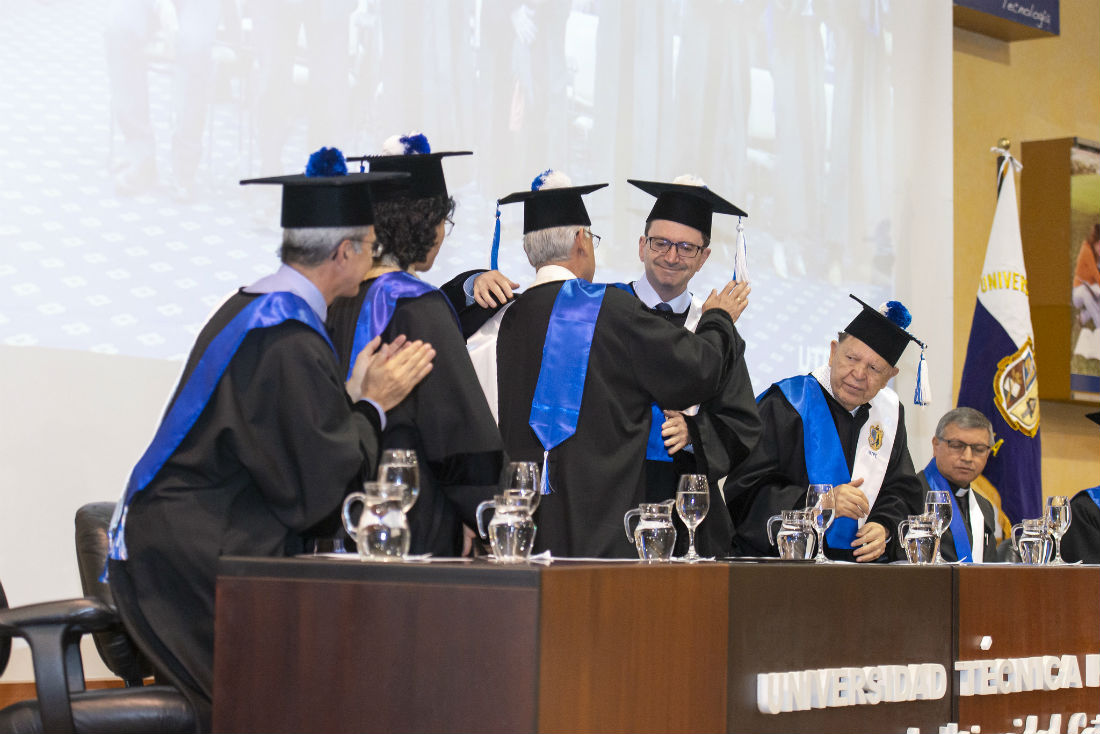 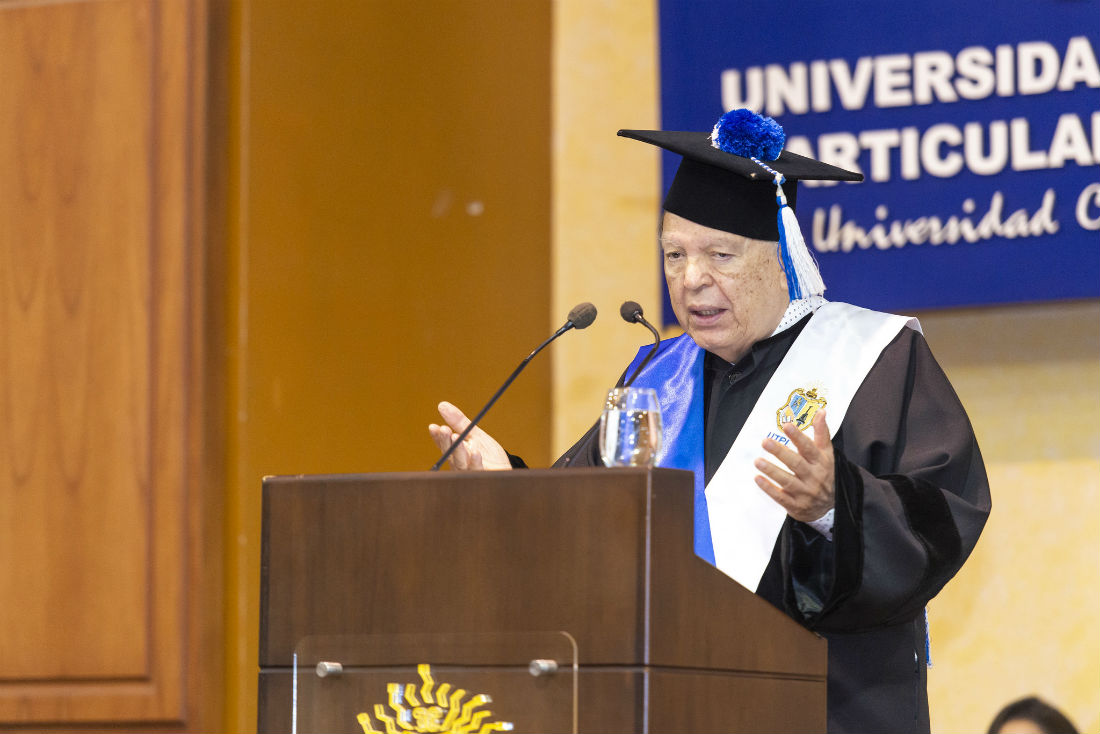 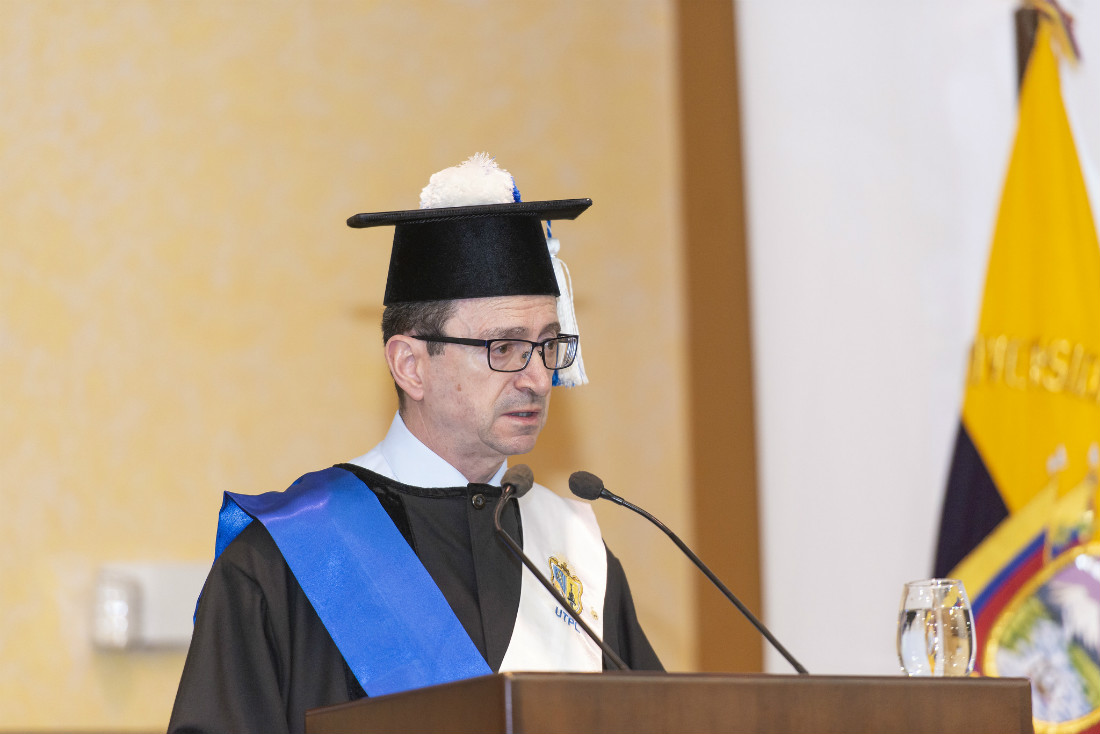