An Interdisciplinary Approach and a Metaphysics with a living face: Major Themes at the Seventh World Conference on Metaphysics

The need to reinforce interdisciplinary metaphysical thought and a “metaphysics with a living face” which will respond to the problems of the human person, without dogmatism or radicalism, appeared among the conclusions articulated by the president of the Seventh World Conference on Metaphysics, Rev. Jesús Fernández Hernández, at the closing session on October 27. The event brought together two hundred scholars and thinkers from thirty countries at the Pontifical University of Salamanca, Spain, October 24-27, 2018.

In the opening address, Professor Jesús Conill of the University of Valencia, Spain stressed that philosophy had once again focused on human nature and the need for an enriched, updated concept of personhood superseding the interpretations proceeding from both traditionalism and scientism. This topic resurfaced at the Round Table on “Metaphysics and the Person,” where University of Valencia Professor Agustín Domingo Moratalla brought out the significance of the notion of the person for an adequate theory of justice and as a basis for bioethics and applied ethics in general. Professor Juana Sánchez-Gey of the Autonomous University of Madrid set forth Fernando Rielo’s vision of the person as “someone with awareness of Someone” who defines personhood and endows it with a spirit capable of union and commitment to the highest values.

At the Round Table on “Metaphysics, Science, and Therapy,” César Nombela, Professor of Microbiology at the Complutense University of Madrid and Honorary Rector of the Menéndez Pelayo International University, considered the search for truth as an ethical imperative for scientists which necessarily opens them to mystery. Julio Martínez, Rector of the Comillas Pontifical University commented on the twofold trajectory of moving through and beyond disciplines by way of the horizontal relation sciences-society and the philosophical-theological heights and depths of sciences open to ultimate reality. Similarly, Mauro Mantovani, Rector of the Salesian Pontifical University in Rome, affirmed that a multidisciplinary approach is a “weak” form of collaboration among sciences and that a transdisciplinary focus is an educational task in order to grasp that metaphysics is not an alternative to anthropology (Fides et Ratio, 83).

Regarding the relation between metaphysics and culture, Ángel Galindo, former Rector of the Pontifical University of Salamanca, lamented the current separation between ethics and aesthetics and stated that art and ethics are not neutral, for they convey a sense of the meaning of existence. Ricardo Piñero of the University of Navarra, Spain set forth the metaphysical values of the Christ of Velázquez and of Don Quijote, in terms of his reading of Unamuno and Rielo. The two creations are more than works of art, but permit a true encounter with the very humanity of Christ, bringing us to feel his presence and powerful reality.

In the closing address, José María López Sevillano, President of the Idente School, advocated a metaphysics involving a living face and personal commitment, wherein the absolute model, proposed by Fernando Rielo, is the genetic conception of the principle of relation—i.e., the Most Holy Trinity revealed by Christ, in whom all Truth, Methodology, and Life is manifest. From this point of departure we can arrive at a well-formed vision of reality in dialogue with every culture, mentality, science, art, or religion. For Rielo, Christ is the metaphysician par excellence.

In addition, other main speakers from France, Germany, and Argentina dealt with varied facets of the relation between metaphysics and theology and between metaphysics and education. Many papers were also presented by the other participants in the Conference—nearly two hundred in all—on topics related to the seven major areas of thought and culture included in the program.

Conference President Jesús Fernández announced that the Eighth World Conference on Metaphysics will be held at the Pontifical University of Salamanca in 2021 under the auspices of the Fernando Rielo Chair, which had been created there. 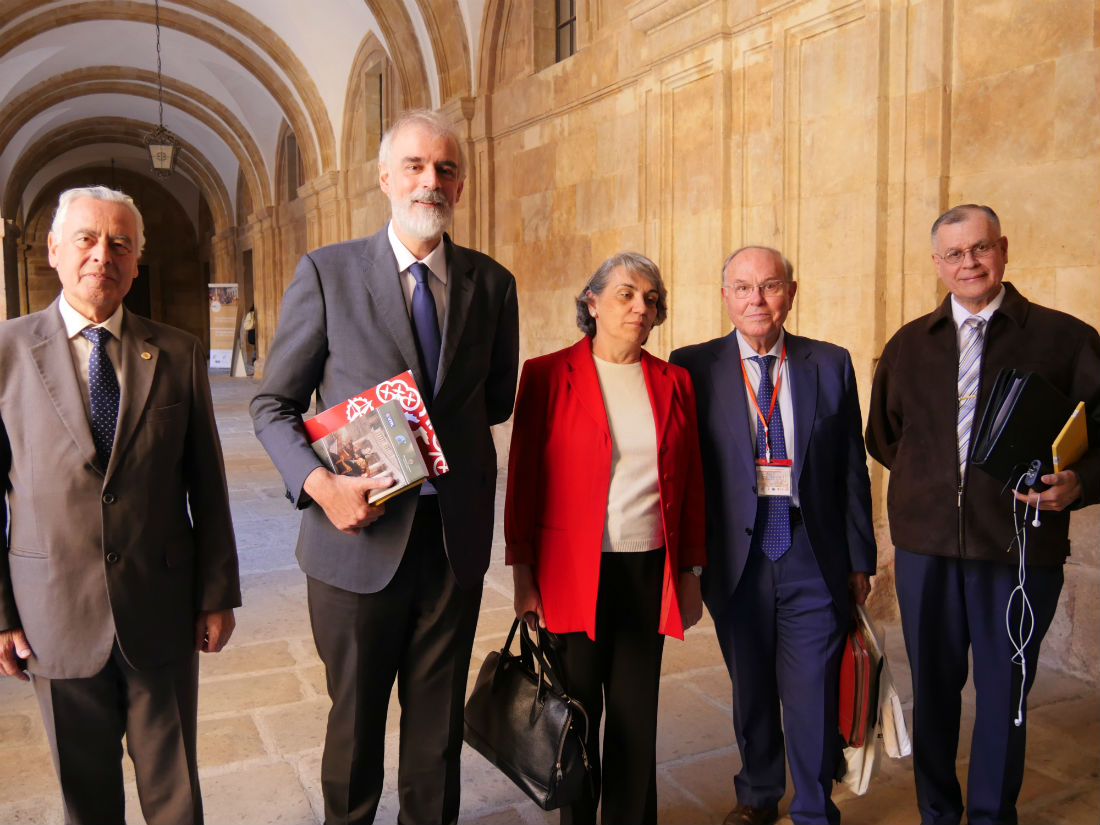 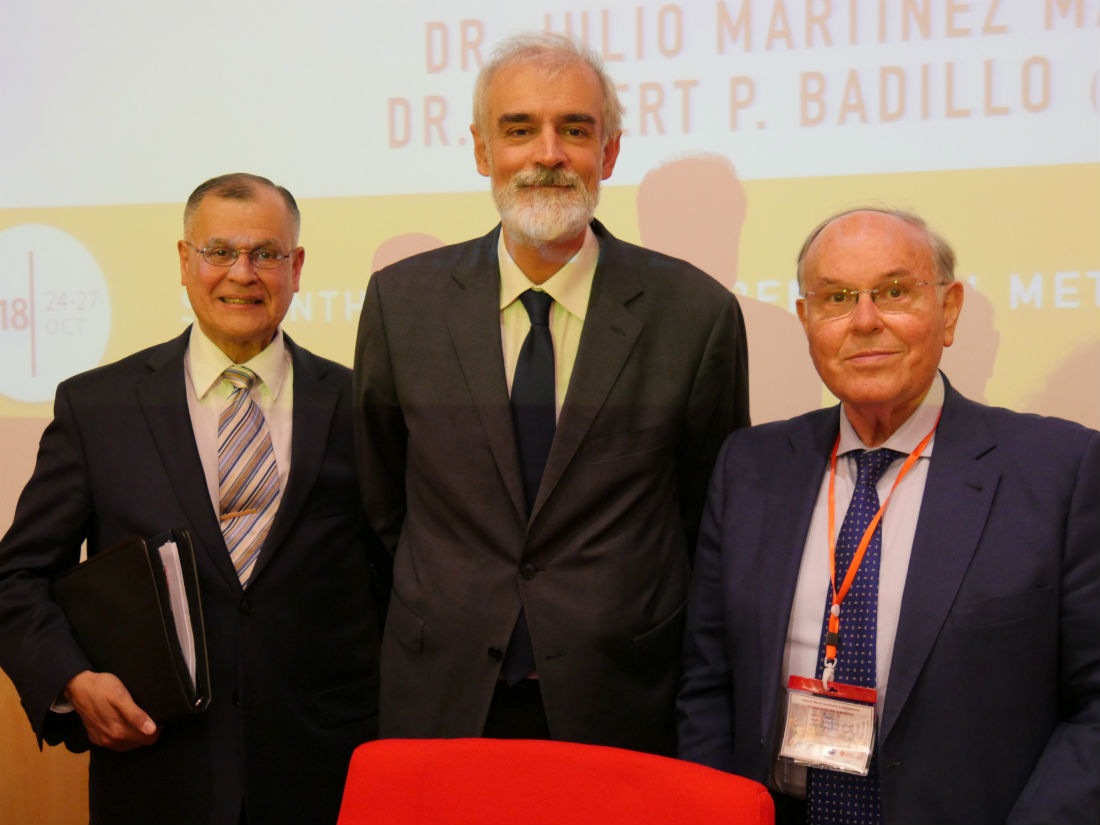 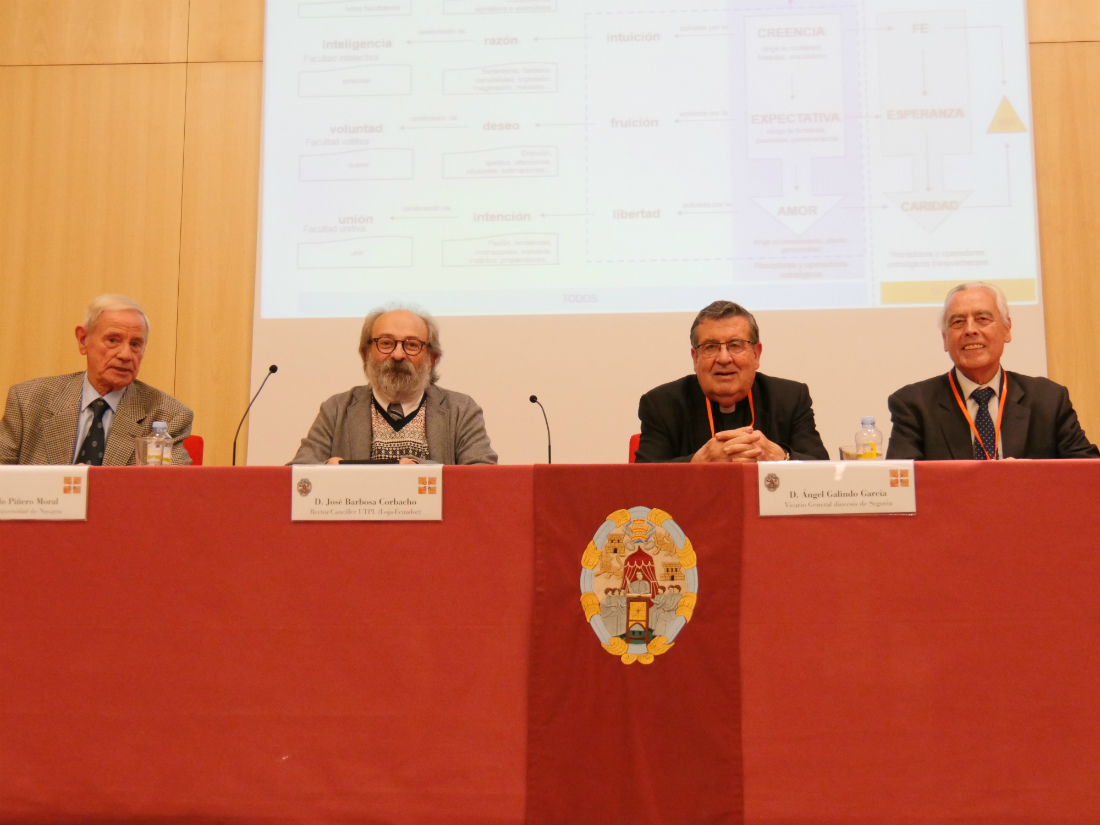 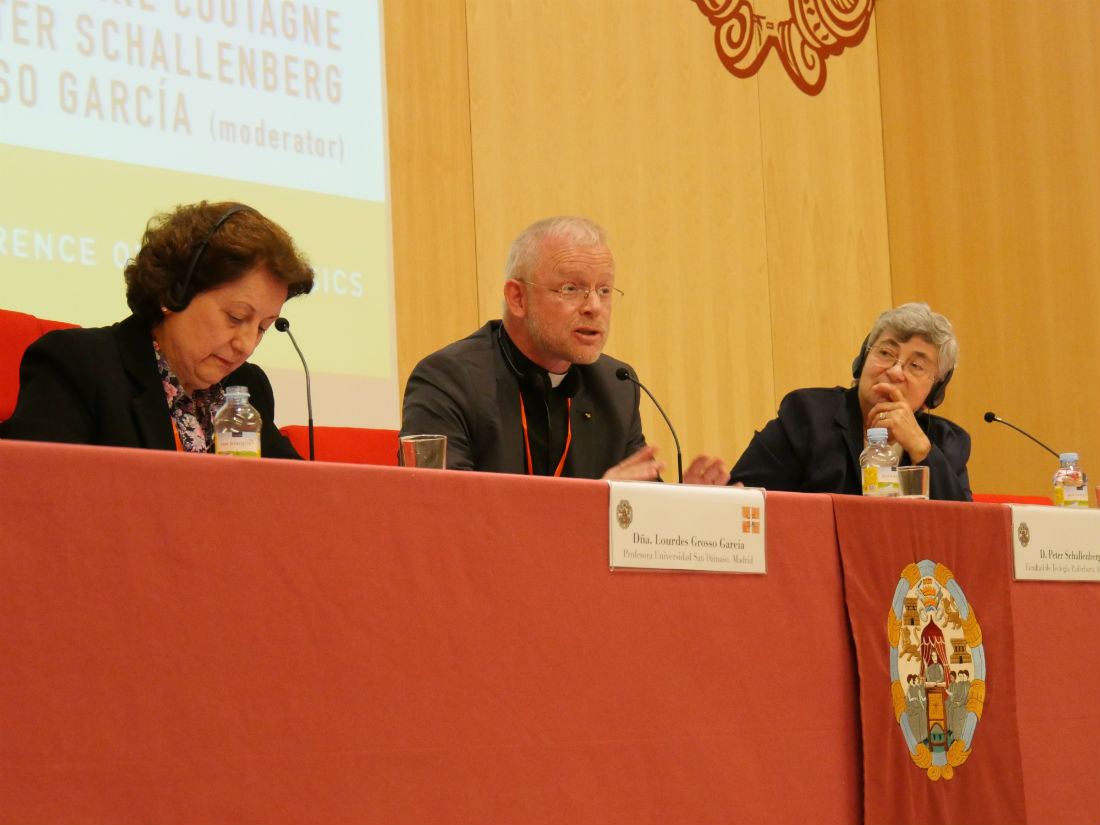 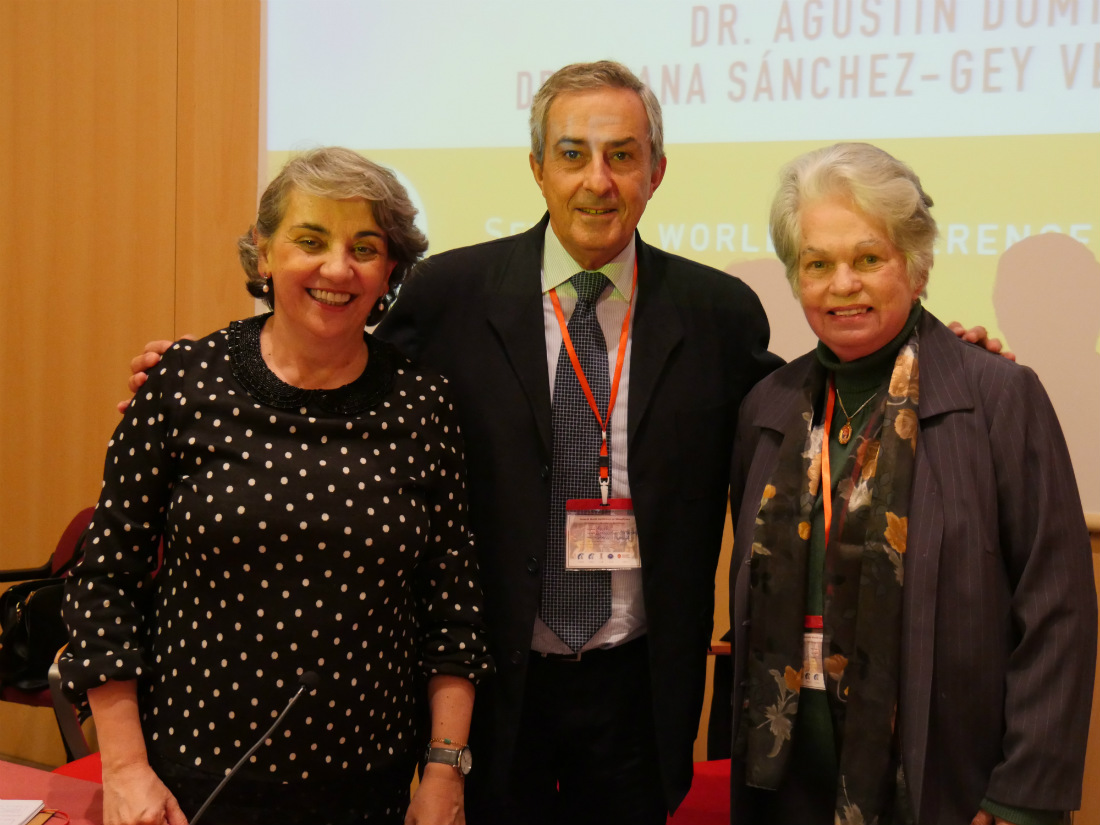 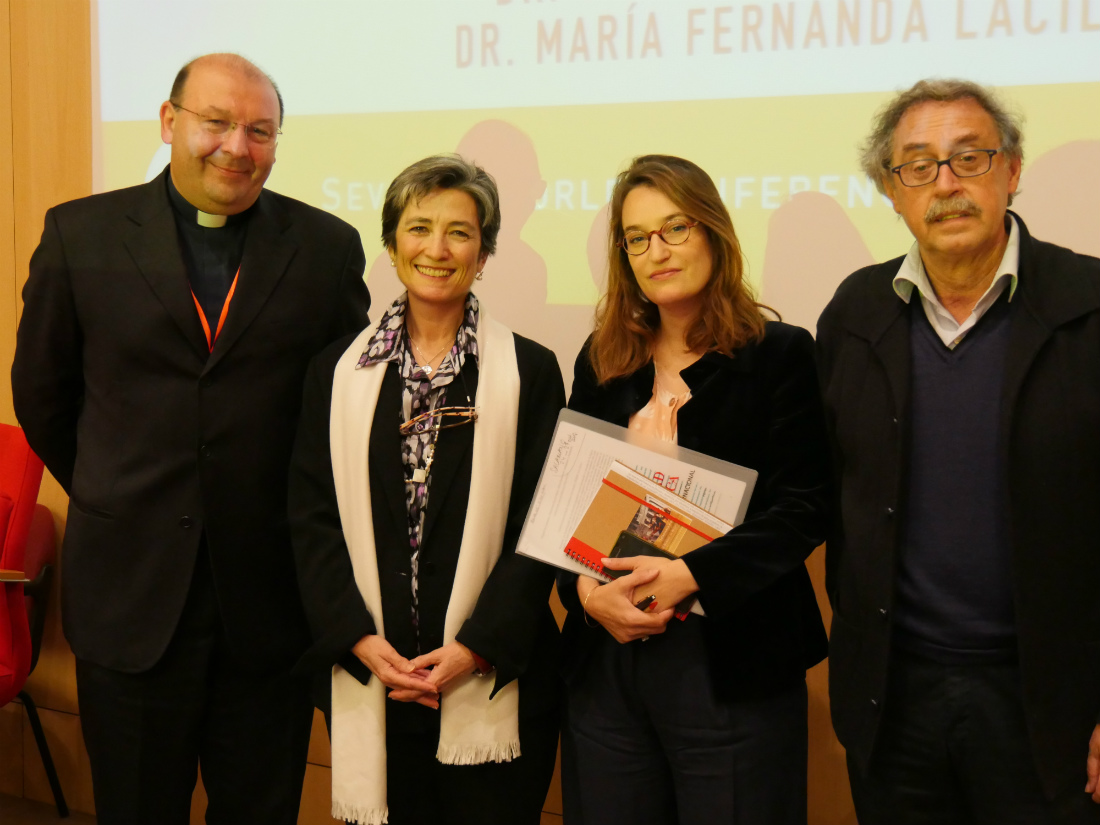 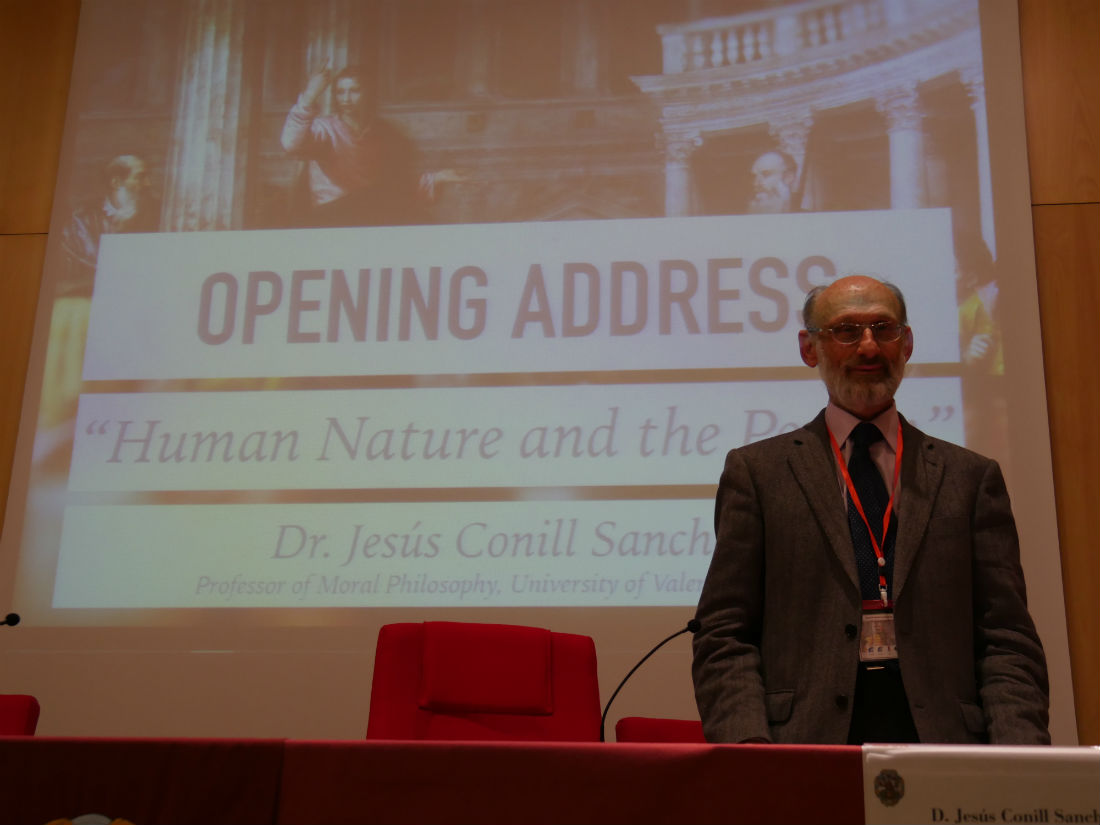 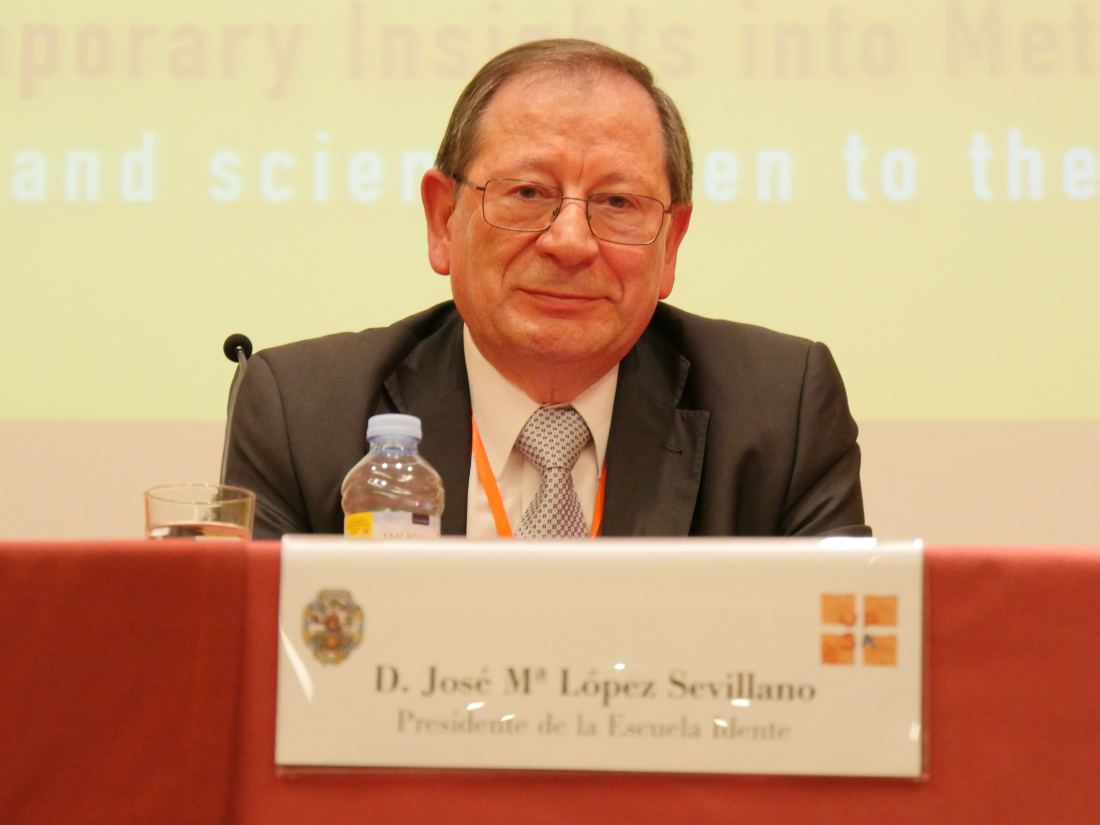 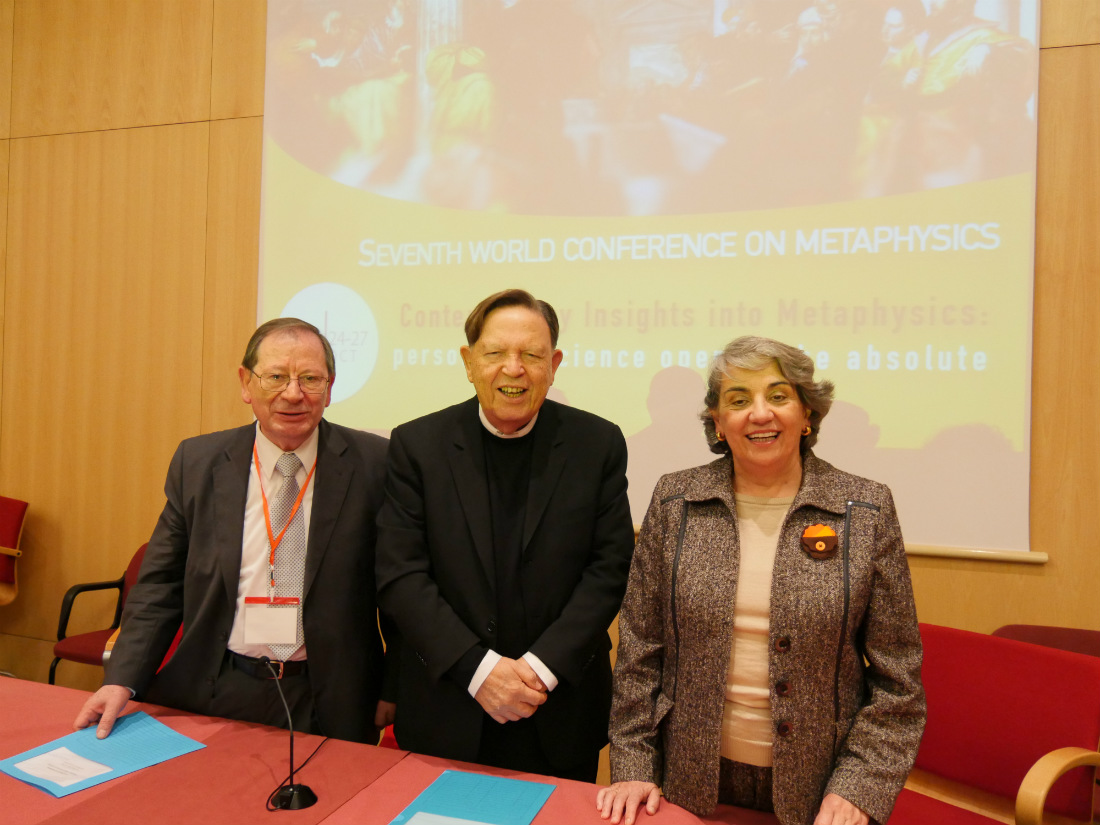