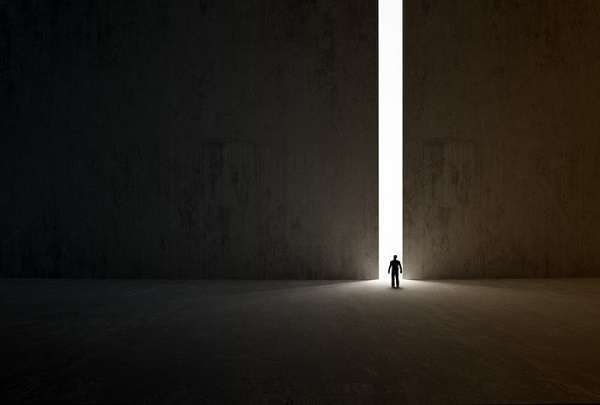 When speaking about today’s Gospel text, we usually associate the scene with the end of the world: Jesus will separate the evil ones from the good ones. But the reach and scope of his statements are not limited to our future. And the condemnation expressed by Christ is not intended as a conclusive rejection, nor an exclusion from eternal salvation. Such an interpretation is shallow and dangerous because it contradicts the Gospel message.

The words of Christ are for the present, belonging here and now to the kingdom of God. They are a pressing invitation to urgently reconsider one’s spiritual life because many cultivate illusions of being disciples, but in reality, they are not at all. These people, if they are not immediately aware, will end in tears when they realize that they have failed and grinding of teeth, a sign of anger of those who understand, too late, of having done wrong.

Jesus did not want to scare with the threat of hell. His condemnation is directed against tepid, inconsistent, hypocritical life led today by many who consider themselves his disciples. Yet even in the face of his disturbing words, there are Christians who do not allow themselves to be moved by the fear that one day He will tell them: I know you not, we have never been really close.

Jesus’ story about the door being shut on the procrastinators coming too late insinuates that they had offended God, their host, through their action or inaction, and that this justified their barring from heaven. All Jewish people understood this part of the story simply because the Jewish religious teachers of Jesus’ time would not allow students arriving late to class to enter; the door being closed and locked. Furthermore, these students were banned from class for an entire week in order to teach a lesson in discipline and faithfulness to the divine importance of their religious duties.

We must act now before it is too late and we will regret. If the Holy Spirit is calling us to change, let us delay no longer. If we are suffering, let us persevere to the end so that we can reap the harvest of life and joy. We might never have the opportunity to repent or to do the good we always intended to do because we have been busy with other inconsequential things. So before we are taken by surprise and realize that the opportunities of love, service, forgiveness and deep relationships have passed, let us seize the day by making our life a life of love and joy to others.

The second group described in today’s Gospel reading is made up of those inside, a great multitude, coming from east and west, from north and south. It does not say that all these people knew Jesus and walked beside him. Perhaps many do not even know he existed. What is certain is that, if they are able to enter, it means that they have passed through the narrow gate; the others are left outside. Those in the second group have been faithful to the universal law of perfection, which is truly written in our hearts. The plan of God is that all the nations of every language will be gathered together.

To this end, we are all called to be His messengers of this Good News and His instruments of love and mercy Because, as Christians we are specially blessed to come to know Christ. Indeed, we are to announce the depth of His love for us. The prophet commanded us to go to the distant islands that have never heard of me or seen my glory. We are to proclaim the Gospel to all nations, near and far especially those who have not yet encountered the Lord. By virtue of our baptism, we are all called to be missionaries, as Pope Francis reminds us:

Every Christian is a missionary to the extent that he or she has encountered the love of God in Christ Jesus. If we are not convinced, let us look at those first disciples, who, immediately after encountering the gaze of Jesus, went forth to proclaim him joyfully: We have found the Messiah! (Jn 1: 41). The Samaritan woman became a missionary immediately after speaking with Jesus and many Samaritans come to believe in him because of the woman’s testimony (Jn 4: 39). So too, Saint Paul, after his encounter with Jesus Christ, immediately proclaimed Jesus (Acts 9: 20). So what are we waiting for? (EG)

Indeed, this has always been the reminder of Pope Francis in his encyclical, the Joy of the Gospel: We are called to be missionary disciples.

The Second Reading is explicitly addressed to those who God treats as sons. It is important to connect this message with today’s message of Christ, because it represents the explicit answer to the question on how to enter the kingdom of heaven.

Truly, I say to you, unless you turn and become like children, you will never enter the kingdom of heaven (Mt 18: 3).

We do really have to continuously meditate about the meaning of “being childlike”.

We might answer from a sentimental and romanticized picture of children. Children are portrayed as sweet and innocent, powerless and pliable, not mean or greedy. But as parents know, that is often as not wishful thinking. And that certainly was not the view people had of children when Jesus spoke these words to the disciples.

One of the traits Jesus wants us to see in children is that a child is simple and uncomplicated, without the varnish that can make a person a bad actor instead of someone who is open and sincere. Jesus wants his followers to be like children, for he wants them to trust and depend upon Him. Children do not know how to lie, and we laugh when they try to do so in order to hide some disobedience, because it does not correspond to their true being, their authentic identity. Paradoxically, being childlike is the only way to become mature, for as we place our trust in Jesus, and look to Him with the expectancy of a child waiting to receive all they need from a mother or father, we cannot help but grow in our faith.

We do it by focusing on Jesus instead of listening to all of the voices out there clamoring for our attention. Only he can help us to put away the moods and resentments that hurt our Christian witness and our walk with him. By his Holy Spirit, the Lord can keep us simple and trusting, followers of Christ without pretense, ready to do his bidding and be all he wants us to be.

Children know their weaknesses and inadequacies, but adults have had so much influence from our own evil hearts and the evil world system that we have adopted an attitude of self-sufficiency. A child, still a sinner by birth, is nevertheless more compliant than an adult. We, adults, will argue because we have had more time to become self-centered and deceive ourselves into autonomy, operating apart from the subtle (or sometimes blunt) suggestions of God. Pride has set in. Habits, especially bad ones, are difficult to break. Such arrogant independence is completely foreign to God’s Word. It does not belong in His kingdom.

The Greek word Matthew uses for “child” means a person under the age of twelve. Such a person was not regarded even as a person in the First Century. A child had no status nor legal standing. A child was a nobody.

Jesus invited us to move past a faith that is based on logic, reason and rules and find the wonder, simplicity and open acceptance that characterize the lives of children. Instead of the probing and pessimistic “why?” of adulthood, Jesus invites us to consider the optimistic and hopeful “why not?” of a child.

And not only that, but a child has his eyes fixed in the person he loves, his mother, his father and he/she distrusts of the advices and affection of unknown people.

Let all of us, and each one of us, say: I want to be, Father, a great child of yours. I want to be a model son/daughter of yours, and to be so in such a way I myself become your ideal; that You have the ideal of me; that You also dream of me; that You see yourself in my spirit (In the Heart of the Father, Fernando Rielo)

Another major point of the Second Reading is about the value of trials of our life, which God knows and is willing to make the most of it. Sometimes these trials are interpreted as punishments, but in any case we are called to take advantage of their spiritual value:

A four-year-old was sulking under the table. He had been refused a second helping of ice-cream. His mother ordered him out, but the boy wouldn’t yield. She tried coaxing, but nothing helped. When finally, she promised him the ice-cream, he trotted out triumphantly and they both went out to get his reward from the fridge. The visitor was left alone with the other witness of this little domestic scene, the little boy’s grandmother. While mother and son were being reunited over a dish of ice-cream in the kitchen, the old lady said to her visitor: She isn’t fair to that boy; he doesn’t know any better. She should have punished him. A visitor had never heard it put that way before: Punishment as a service due to a child. It underlined an important change in attitude between the two generations.

Why should not reward and punishment both be acceptable responses to behavior. While our first parents were expelled from the Garden of Eden as punishment for eating the forbidden fruit, the complaining followers of Moses were rewarded with manna to encourage them on their difficult way through the desert. The Letter to the Hebrews says that proportionate discipline a sign of love. God trains the ones he loves and tests his children. Suffering is part of our training.

Only when we realize that we are children, only when we realize that everything that we do and are is by the grace of God, then the Spirit of God can take over our life, live and rule in us in good and bad times. So often, we try so hard to make things work, especially to change difficult people around us. We seek to change the mindset of our community brothers, children, siblings or friends. But the more we try to change their attitude and way of thinking, the more hostile and reactive they become. Rather than trying to change them from without, we must surrender ourselves to God and let God work from within them.

Jesus makes it clear that he, himself is the Narrow Gate; In fact, in John 10:9 Jesus said: I am the gate; whoever enters through me will be saved. He will come in and go out, and find pasture.

The narrow door is a person, Jesus, who invites us to walk through him to serve whomever meets us on the other side of the portal. We need our daily quotient of bodily and spiritual food to meet the required goals. That also means that if we see someone who is deficient in one or both of those necessities to have life to the full, disciples of Jesus are required to share our daily quotient with that person. How do we do that? One person at a time and one day at a time. No service is too small, no kindness or compassion shown that grace does not multiple ten thousand times through the goodness of God.

Today’s message is unmistakable. Jesus, the narrow gate, is the only way to eternal life. All the other gates are wide and easy to enter, but they lead to inner emptiness, sorrow, broken relationships, or even eternal destruction.