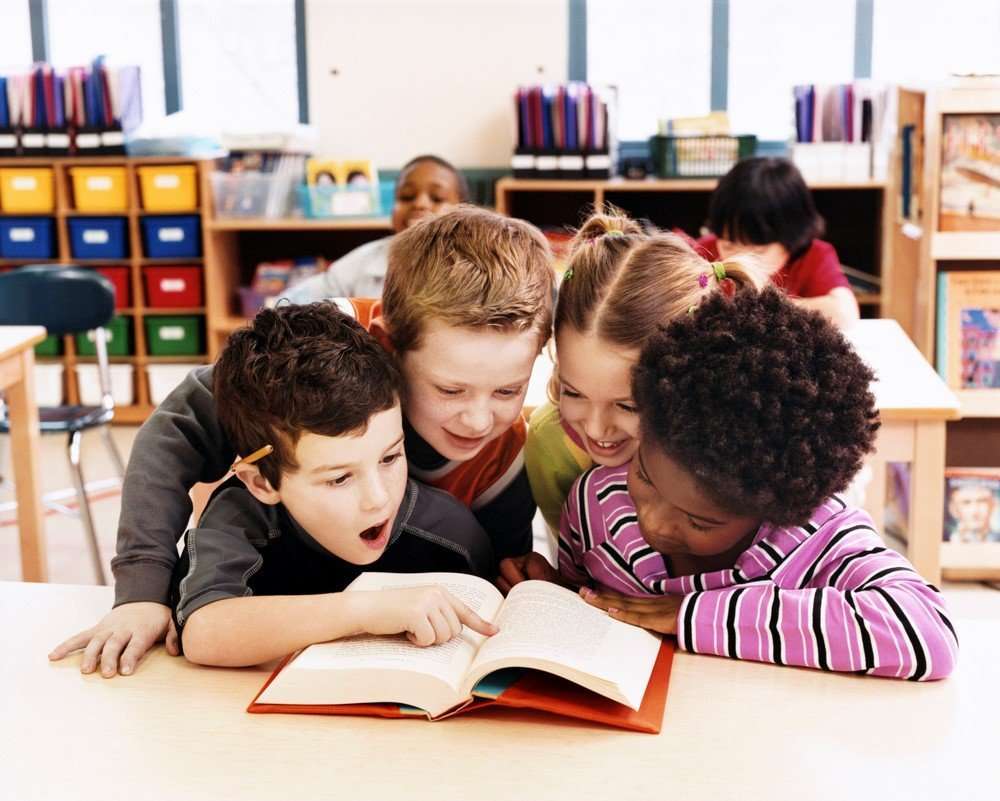 Whether you are a believer or not, you will agree that what Christ says is very, very shocking, and original.

Children were the lowest of the low in the ancient world. That might be hard for us to imagine since, in some modern societies, children get all kinds of attention, even restaurants designed for their pleasure and in their honor. That was not the world in which Jesus lived. Most scholars are convinced that this is the first and only time in ancient Jewish literature (perhaps all ancient literature) where a child is used as a positive example. What Jesus does here is original and radical.

Jesus’ statement is as surprising today as it was then. In our days, psychologists talk about childish character or behavior as something negative, showing the impetuous, impulsive quality of childish petulance or narcissistic temper tantrums. Or infantile neediness, dependency, and dread of abandonment. Or an irresponsibility and angry refusal to be an adult.

Even more so. Many have a rather sad experience from their childhood years. It is not easy for them to identify with what is positive in a child’s way of being.

But Christ invites us to look at something that is present in all children, even in those who have not been fortunate in their childhood. These are two qualities that allow us to grow up and open up to God and to their neighbors: Innocence and trust.

Being innocent (which is not equivalent to being naive) gives us an impressive strength, capable of moving anyone. Innocence triumphs over death. Pilate recognized the innocence of Christ, as did the witnesses to the death of St. Stephen. Herod saw clearly the innocence of St. John the Baptist. John the Baptist himself presents Christ with the sign of innocence: This is the Lamb of God, who takes away the sin of the world (Jn 1: 29). That is, endowed with an innocence that is capable of redemption.

Innocence manifests itself in the purity of intention. Since we all have intentions that are not so pure, more or less conscious, more or less unconscious, we easily detect that innocence that moves us and reveals itself as a sign of God’s presence in the innocent soul.

Some of us present ourselves as guides for the blind, as light to those who are in darkness, as educators of the ignorant, as masters of the simple ones (Rom 2:18-20). As long as we do not give up our claim of being wise and intelligent people, we preclude the true and rewarding experience of God’s love.

When we look at Jesus, we are shocked not only by His fire and power but especially by His innocence, a pure and innocent lamb that has never sinned. Our man focused attitudes and lukewarm lifestyles mixed with cares of this life and desire for things of the world are not innocent like him. While we debate over whether to use hymn books or an overhead projector, and while we split over selecting the color of the new carpet and other such foolish strife, the world starves for the reality of God to show forth the pure and innocent heart of Christ.

However, we must remember that he explicitly states: I am sending you out like sheep among wolves. Therefore, be as shrewd as snakes and as innocent as doves (Mt 10:16)

There is a story from the Desert Fathers, monks who spent their lives dedicated to God and the community.

One day, some robbers came into one of the elder’s cells and told him they had come to take everything he had. The elder said, “Take all that you want, my sons.” So they grabbed everything they could find in their bags and started to take off. The elder saw that they had left a little bundle hidden from their view, he picked it up and chased after them. “My sons, take this, you forgot it, it was hidden in my cell!” The thieves were so amazed they brought everything back, saying, “This one really is a man of God.”

This last sentence: he is a man of God, must remind us that the evangelical innocence is not something we achieve by our own efforts, but a very particular grace that it is up to us to welcome and accept.

To be childlike means to be eyes and heart wide open to wonder and truth. To be childish means to be closed and remain arrogant and obstinate.

These are the words of Pope Francis speaking of innocence and trust, in his famous and multitudinous visit to the Philippines:

To be children of God means to be like children. Not childish ones who don’t want to grow up but to maintain a sense of the childlike innocence that all children have before they become canny and cynical as adults. Childlike qualities like trust and innocence seem key to the embracing of our identities as children of God.

Trust in the Lord comes from dependence in God for all things. This spiritual poverty that’s described in the first beatitude is how many young children relate with their parents. A child has no choice but to depend on their parents or on adults and this makes them trust in their elders. We too need to relate with God in this way, to remember that all we have are gifts from God and that we can do little on our own steam.

The other childlike quality is innocence. To see the world through the eyes of the child, with a sense of wonder at the beauty of God’s creation. We can get a little blase about what seems so ‘ordinary’ all the time and forget to try to find God in all things. We need to try to remove those blinkers and to see the world as God created it.

Living as children of God means to try to connect to God in that way. To see beyond the apparent wisdom of the world to see the wisdom of God. To remember not to be full of ourselves but to allow God to be God in our lives. To be as Jesus does, to call upon God our Father, innocent and trusting, as true children of God (JAN 18, 2015).

The second part of today’s Gospel text is also paradoxical: Christ offers us relief from what oppresses us not by eliminating the problem that distresses us, but by means of a new yoke.

Jesus referred to the Scribes and the Pharisees as men who “sit in Moses’ seat.” The Pharisees claimed the authority of Moses as interpreters and teachers of the Law which meant they also demanded that all in Israel who submitted to Moses should also submit to them.

Then, He warned the people of the oppressive and legalistic ways of the Pharisees. He said, “And they tie up heavy loads, and lay them on men’s shoulders.” He was speaking about the way they had hidden the true meaning of the Old Testament Law with all the religious rules and regulations that these religious externalists had instituted as the way to God, to true spirituality, and as a way to receive God’s blessing in life. The wise Sirach recommended to his son: Put her constraints on your feet and her yoke on your neck, do not rebel against the chains… you will find in her your rest (Sir 6:24-28), but the religion preached by the masters of Israel had transformed it in an oppressive yoke.

Jesus knows human nature. When Jesus says His yoke is “easy”, it means that it is fitting. Yokes were tailor-made to fit the oxen well. It is tailor-made for each of us and furthermore, He is always there with us to bear the burden. When Jesus invites us to put on his yoke, He is asking us to surrender our lives to the Father just as He surrendered His life.

We can trust Him because He does not keep any secrets and because He speaks from His own experience. Of course, to have confidence in a person, we must know that person well, directly. This is the great joy of our faith. We are not saying that we know God from deduction or some intellectual reasoning based on the works of creation but that we know God personally. This is what makes Christianity different from other religions because in Jesus we know God in person.

The verb to know in the Bible does not mean having met or contacted a person a few times. It means “to have had a profound experience of the person.”

This is what we need. This is the key to our complete consolation and joy. When we surrender our lives to the Father and to do His will, we will find peace and the burden becomes light because we are no longer anxious or fighting with God. His yoke is sweet because only those who accept the wisdom of the Beatitudes can experience joy and peace.

He knows that we need continuous divine help, and this is manifested in two different ways that he set out in the Beatitudes.

First, when we recognize ourselves as sinners, we mourn our sins: Blessed are those who mourn because they will be consoled. Second, when we feel incapable of doing the good that we would like to do: Blessed are the poor in spirit for theirs is the Kingdom of Heaven.

One of the moments in the Gospel where this trust is exemplified is the moment when a leper approaches Jesus saying Lord, if you will, you can make me clean (Mt 8: 2). Lepers did not just suffer the physical pain but more so the impossibility of developing their lives, of doing good to their families and to society, of participating in community prayer, even of transmitting comfort and peace to others. Something impossible in that condition. That is trust, where faith and hope meet and the divine response takes place. The words of the leper are equivalent to saying: I have no doubt that you have the capacity to heal me. And besides, I know you want to do it and you’re going to do it.

This is as dramatic and paradoxical as the portrait made by the First Reading. This prophecy was announced when Israel was an insignificant nation, exploited and oppressed by foreign powers. Then the people is invited to greatly rejoice and be jubilant because a righteous and victorious king is coming and will inaugurate an era of peace and prosperity.

But the reality was going to be very different: Jesus, the announced king, will not come at the head of a strong army, riding fiery horses, driving chariots, trampling the enemies taken prisoners, but will enter into Jerusalem humble, riding on a donkey, on a colt, the foal of an ass. His strength is what people considered a weakness.

His yoke is sweet. First of all, because it is his: not in the sense that he imposed it, but because he carried it first. Jesus always bent down to the Father’s will. He freely embraced it while he never imposed human precepts (Mk 7). Finally, Jesus concludes with the advice that enables us to bear our yoke with both patience and joy: imitate Him, which is meek and humble of heart.