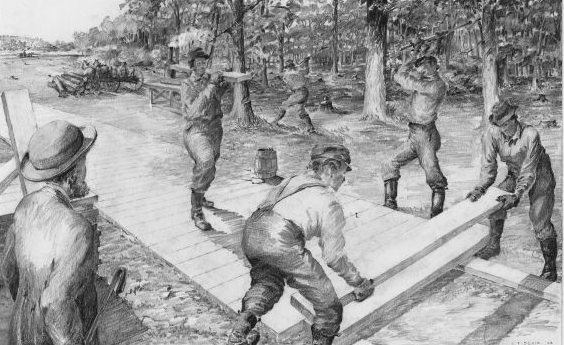 As humans we tend to be aiming or striving for something really deep. It is not simply a wishful thinking, a whim or even the urgent solution to a problem.

People usually express it by saying that they dream of having a different way of life. It might be something undefined or unknown, but we cannot remove or eliminate it from our feelings.

What kind of person did you go out to the desert to see? Was he like tall grass blown about by the wind?What kind of man did you really go out to see? Was he someone dressed in fine clothes? (Lk 7: 24-25). Most probably, the majority of those approaching John the Baptist did not fully understand his words, but they sensed that this great prophet was announcing a new life and this is why his preaching and his example would arouse great enthusiasm. Everyone was running to be baptized, to be introduced into the kingdom of God.

In more precise spiritual terms, we could say that these people were moved by their intimate aspiration. It is often said that Advent is a time of expectation, waiting or active hope, but perhaps it would be more precise to say that in Advent we are invited to contemplate in detail the aspiration that God himself places in the deepest part of our heart.

This aspiration, to which we pay special attention in Advent, is never solitary or individualistic. It is not done on our own; in truth, we are not the ones aspiring for the Lord to come. Rather, He is the one who has been waiting for us to come to Him. He has already arrived, and is willing, if we allow Him, to help us to prepare our lives in welcoming Him and becoming part of a season which is a moment of grace.

In a certain village, people are busy preparing for the arrival of a very important person. Without notice, the guest comes a day earlier than originally scheduled, catching everyone by surprise. Sensing the embarrassment felt by the simple village folks, the visitor folds up his sleeves and starts sweeping the floor. He then says: Let me help you in preparing your place for my arrival tomorrow.

Aspiration, denotes a hopeful desire to become, to acquire an identity of, something better or higher than one is at the present moment. One would aspire to become an athlete or a writer, but not a thief or a bacterium, for instance. This word reflects the nature of a physical sensation that resembles it: filling one’s lungs with pure air. That is, consciousness of such “upward desire” makes us capable to respond adequately to the exhalation or expiration of the Holy Spirit, this powerful breath that guides us along unsuspected pathways.

Aspiration reflects well the meaning of harmony in the spiritual life of a follower of Christ. The Holy Spirit allows me to align my thoughts, my desires, my intentions and my energy with the always mysterious ways of God:

A King had a close friend that he grew up with. The friend had a habit of looking at every situation that ever occurred in his life (positive or negative) by remarking, “This is good, God knows best”

One day the King and his friend were out on a hunting expedition. The friend would load and prepare the guns for the King. The friend had apparently done something wrong in preparing one of the guns, for after taking the gun from his friend, the King fired it and his thumb was blown off.

Examining the situation, the friend remarked as usual, “This is good! God knows best.”

To which the King replied, “No, this is NOT good!” and ordered his soldiers to put his friend into jail.

About a year later, the King was hunting in an area that he should have known to stay clear of. Cannibals captured the King and took him to their village. They tied his hands, stacked some wood, set up a stake and bound him to the stake.

As they came near to set fire to the wood, they noticed that the King was missing a thumb. Being superstitious, they never ate anyone who was less than whole. So after untying the King, they chased him out of the village.

When the King reached his Palace, he was reminded of the event that had taken his thumb and felt remorse for his treatment of his friend. He went immediately to the jail to speak with his friend.

“You were right” the King said, “It was good that my thumb was blown off.” And he proceeded to tell the friend all that had just happened. “I am very sorry for sending you to jail for so long. It was bad for me to do this.”

“No,” his friend replied, “this is good…God knows best”

“What do you mean, ‘this is good’! How could it be good that I sent my friend to jail for a year?”

The King’s friend replied: “Remember that God knows best and if I had NOT been in jail… I would have been with you on that hunting trip.”

Aspiration is not meant to be a luxury or a prize for just a few. Mere acceptance of the status quo is ultimately self-defeating and against our nature, because we are always in a state of transition and experience and if we miss this, then we miss life. On the other hand, one could aspire only to something one hoped to get with effort: for example, to become rich, but not to find a treasure under your bed.

This explains why Expiration and Stigmatization are complementary. In our mystical life, our heart (not only our mind) is filled with the divine will, it feels identified with it and at the same time, due to the stigmatization, which is like a spur that puts a horse in tension and in motion, we are impelled behind that aspiration, which is becoming more and more similar to that of Christ himself.

Particularly, the Second Reading tells us that this effort is essentially service and mutual respect. Paul was concerned about the tensions that existed within the community of Rome, between those tied to the religious traditions of the ancients and those who argued that the observances imposed by the ancient law had lost their value.

Only when nothing will separate us (age, culture, priorities, liturgy, knowledge…) those who see us will understand that we really aspire to fulfill God’s will. This is what we proclaim in the Lord’s Prayer: Thy will be done on earth as it is in heaven.

Even more, the divine will for each one of us is always manifested through our neighbors. This is one of the functions of Affliction and St. John the Baptist is an admirable example of how to know, through the fasting of passions and the living out of the evangelical counsels, what one’s neighbor needs. He summarized his message in a simple phrase: Repent, because the kingdom of heaven is near, and was listened to by the people of his time because he had been a true witness.

The same thing happened to Christ, of whom the people said he was “speaking with authority”. Pope Paul VI, already in the 20th century, famously pointed out the same reality: Modern man does not listen to preachers. If he does listen to preachers it is because they are witnesses. In fact, the people instantly responded to the simple preaching of John: Repent! Sometimes, to awaken us, Providence uses our neighbor in an unexpected and paradoxical way. Here is a story told by Francis Cassilly, S.J. (1863-1957):

A religious gave a letter to a young man, in which he recommended him as a suitable candidate for his religious order, bidding him present the letter to the superior, who lived at a distance. The young man, desirous of joining the order, started on his journey with a companion named Mathias, who had no notion of becoming a religious. On the way, the would-be religious changed his mind, and abandoning his project, gave the letter to Mathias, who was ignorant of its contents, requesting him to bring it to the superior. The superior read the letter, and thinking the recommendation referred to Mathias, said to him: Very well, you may go to the novitiate, and put on the habit. Mathias wondered, but obeyed, entered the novitiate, and became a holy religious.

The Church has given Saint John a special place in the Advent liturgy. If Advent is about preparation for Christ’s coming, then that preparation can be had through reflection on the person and the brand of witnessing of John the Baptist. The color of Advent is purple, because in ancient Roman times a city would be decked out in purple when the emperor was coming to visit, purple being the color of kingship. This helps us to remember that he who comes to our heart, in the midst of his modesty and meekness, is a King, as last Sunday’s feast reminded us and awaits our trusting obedience.

At the beginning we remembered that Advent serves to make us more aware that we are never alone, that the main protagonist of our repentance is the Holy Spirit, who acts in us and with us. This is one of the messages of Advent, when we listen: The kingdom of heaven is near. Repentance is available for us today. God is near to us, to restore our broken relationship with him and heal us and wipe every tear from our eyes; we have seen his consolation and his transformative effect in many souls, many times.

An indeed, this Advent preparation is twofold. On the one hand, we are called to imitate the Baptist’s sensibility to sin and to our false securities.

Pope John Paul II saw in the modern people the loss of the sense of sin while Pope Benedict XVI describes this as the loss of the consciousness of sin. Both observations are accurate, but the important thing is that we do not apply it to “the people,” but to those of us who have the privilege of following Christ, or at least of considering Him theoretically as our model.

On the other hand, in the First Reading we learn how the Holy Spirit enhances the harmony with God and the beatitude of our lives through His gifts, which Isaiah lists in three pairs:

Wisdom and understanding to understand the signs of the times, especially through the lives of our fellow men. We receive the necessary light to interpret the present pains not as signs of death, but as the suffering of a difficult childbirth, a prelude to the birth of the new era.

Counsel and fortitude indicate the ability to persevere in difficult times, especially when misunderstandings, persecution and divisions harass us.

Knowledge and fear of the Lord refer to obedience and docility to God by living ever new and deeper forms of piety and mercy towards others.