With the poetry book Tu clara presencia (Your clear presence), Teresa de Jesús Rodríguez Lara (La Laguna, Tenerife, Spain) has won the XXXIX Fernando Rielo World Prize for Mystical Poetry, awarded on December 12 in Salamanca, at the Instituto Cervantes. The prize is € 7,000, publication of the work and a commemorative medal. The Laureate has received several recognitions and his poems have been published in some literary magazines and anthologies.The winning work Tu clara presencia (Your Clear Presence) is a book of poems that develops from the security given by the filial conscience, in which both softness and amorous passion reign. There are repeated echoes of classical mysticism: “inner castle”, “quiet music”, “sound silence”…, as well as biblical resonances: “prodigal son”, “Good Shepherd”, “Living water”… A sustained vehemence nourishes the verses, as does the lucid vision of the celestial lived as a first in the earthly context. The vision becomes tactile: “you light up in my soul / serene clarities / boiling in me / like a rain of melodious kisses”; the lyrical speaker burns with the desire to abyss in the heavenly, to be inundated with the living water that is God. Nor does the certainty of the precarious human condition make the lyrical voice hesitate; the poet knows she is incorporated into the channel of divine love, and longs to be inebriated by the loving feeling: “Who drank and drank himself to the end / of the living torrent / that rolls through your chest”.Honorable mention has been granted to the poetic work El pastor resplandeciente of the Panamanian writer Javier Alvarado.  In this book, made up exclusively of sonnets, a deep religious feeling is joyfully expressed. There is a vigor in the expression that is harmoniously conjugated with the chosen estrophical form: the poems are songs, celebrations of the soul, which wanders joyfully in the certainty of being anchored in divine love. The verses are configured, in this context of deep connection, in the poet’s offering, in humble recognition of divine greatness, which is mercy, splendid beauty, love in abundance. The poet’s spiritual security is translated into a firm, modulated verb that welcomes creatures and everything created with optimism: “And my word is rustic clay / it is illuminated in splints of stars / when I go down to earth with your mouth // and draw divine water from the pebble / and the well overflows in the bottles; / your oratory of God that overflows”.The other finalists were: Antonio Bocanegra (San Fernando, Cádiz, España), Miguel Sánchez Robles (Caravaca de la Cruz, Murcia, España); Theresia Maria Bothe (Sicilia, Italia); Luis García Pérez (Ciudad Real, España); Lucrecio Serrano Pedroche (Albacete, España); Iván Cabrera Cartaya (Tacoronte, Tenerife, España); Carlos González García (Fresnedillas de la Oliva, Madrid, España); Beatriz Villacañas Palomo (Boadilla del Monte, Madrid, España).

The President of the Fernando Rielo Foundation, Fr. Jesús Fernández Hernández, in his message in the award ceremony recalled the words of Fernando Rielo: “Mystical poetry begins where religious poetry ends. The referent of mystical poetry is a divine personal relationship with the Most Holy Trinity and what in this life can be conceived of a life eternal, familiar, intimate. (…) He also expressed that “mystical poetry, far from any ideology or manipulation, is empowering, inclusive and dialoguing; for that reason, it can cover all the registers and forms of literary expression. Nothing is opposed to the creative freedom of the mystic.”

The event featured a guitar concert by Alfredo Vicent, which gave a ten-string guitar recital..

The prize is for unpublished works in Spanish or English and has been awarded in venues such as the UN; the UNESCO; the French Senate and the Roman Campidoglio. Every year, it has the support of a wide Committee of Honor composed of Academicians of Language, History and Moral and Political Sciences, as well as writers, poets, university professors and university rectors.

The ecumenical nature of the prize has made it possible for it to be awarded to poets from different Christian confessions -as a matter of fact in most cases-, but also non-Christian, demonstrating how mystical poetry can unite cultures and religions.

Biographical data of Teresa de Jesús Rodríguez Lara (Madrid, 1977)Teresa de Jesús Rodríguez Lara is originally from San Cristóbal de La Laguna, (Tenerife) Spain. She studied Hispanic Philology at the University of La Laguna, Santa Cruz de Tenerife. She has a Diploma in calligraphic knowledge, documentation and graphology from Centro Studi Socrates (Madrid). He has published nine collections of poems and his work has been awarded or recognised in a dozen competitions in Spain, Chile and Mexico. He is present in several anthologies of poems in Spain, Argentina, Mexico and the United States and collaborates actively in magazines and cultural programs.published in various literary journals and anthologies.Fragments of the poetry book Tu clara presencia

me acurruco a tus plantas

mi minúscula existencia.Biographical data of Javier Alvarado (Veraguas, Panamá)Javier Alvarado (Santiago de Veraguas, Panama, August 28, 1982). Degree in Spanish Language and Literature from the University of Panama. Master of Fine Arts in Theatre and higher education. He has been awarded the Gustavo Batista Cedeño National Young Poetry Prize of Panama on four occasions. Pablo Neruda Poetry Award 2004 and Stella Sierra Poetry Award 2007. He has obtained other recognized awards in Cuba, Nicaragua and Ecuador. In 2015 he won the Ricardo Miró prize for poetry, the highest award for Panamanian literature. 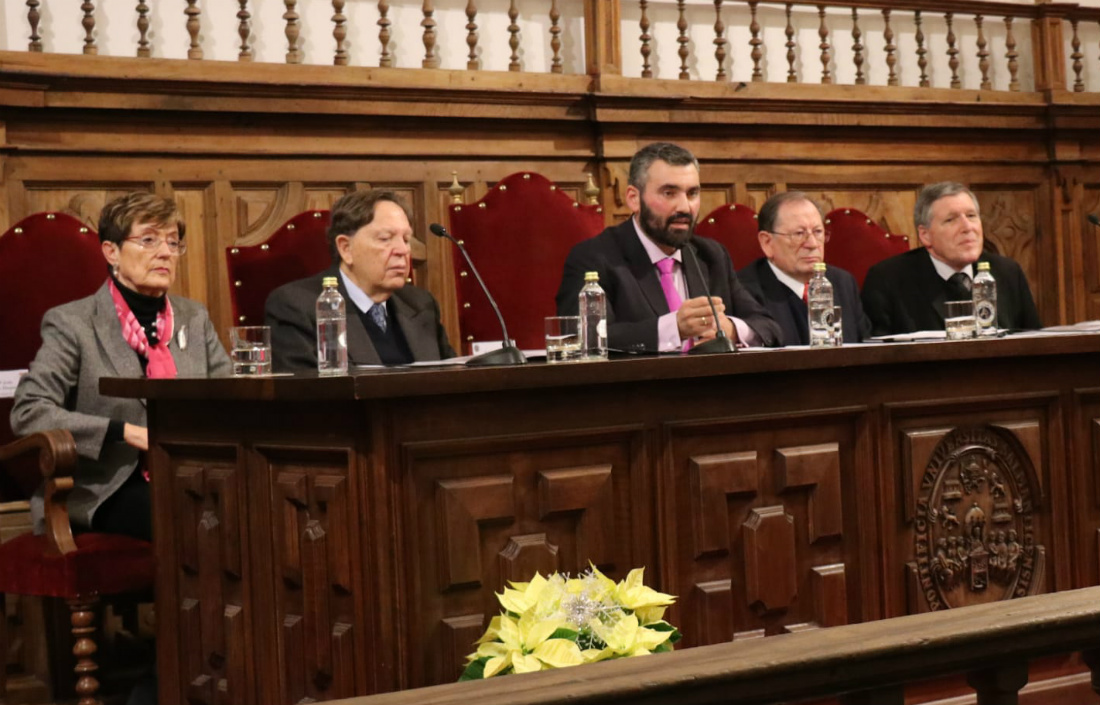 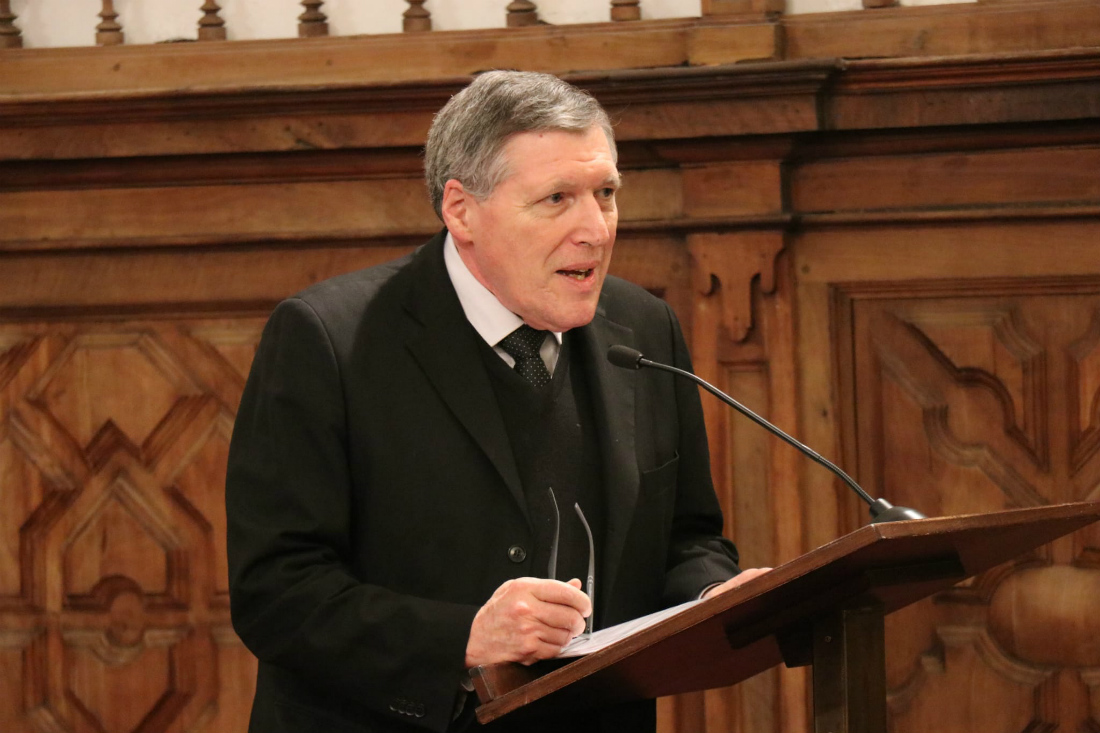 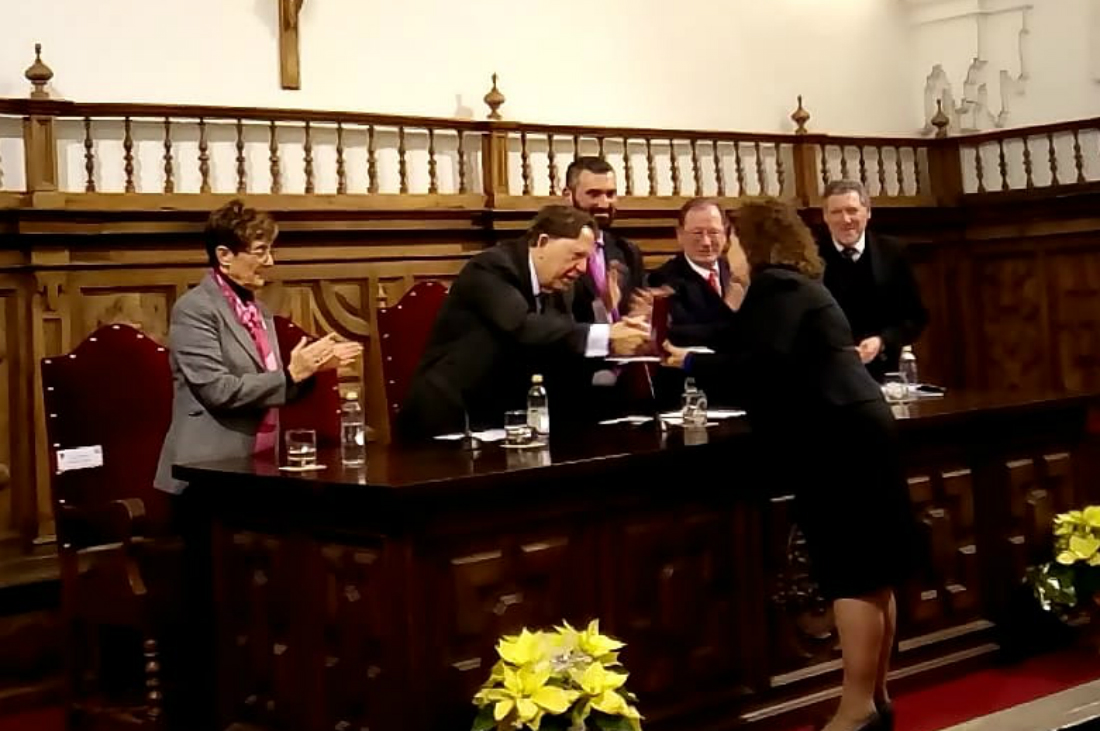 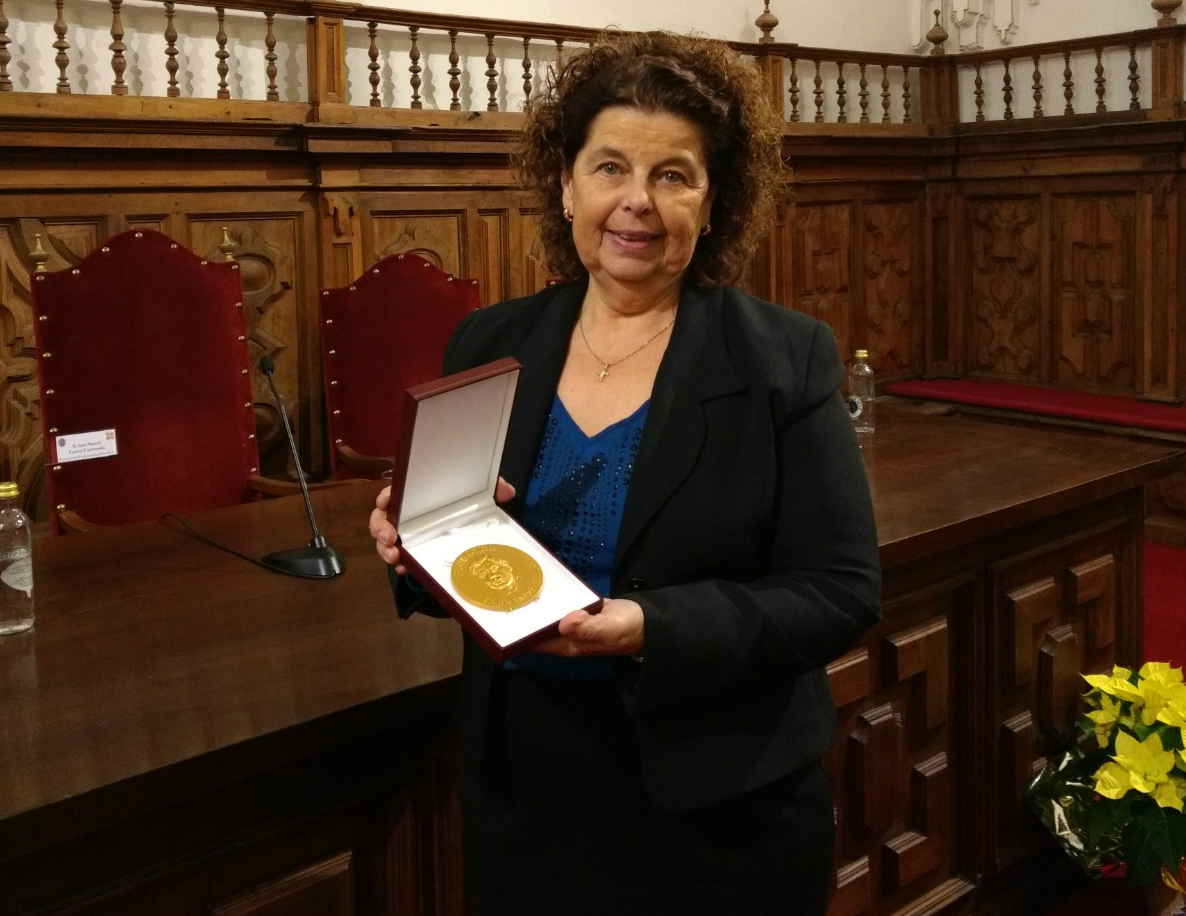 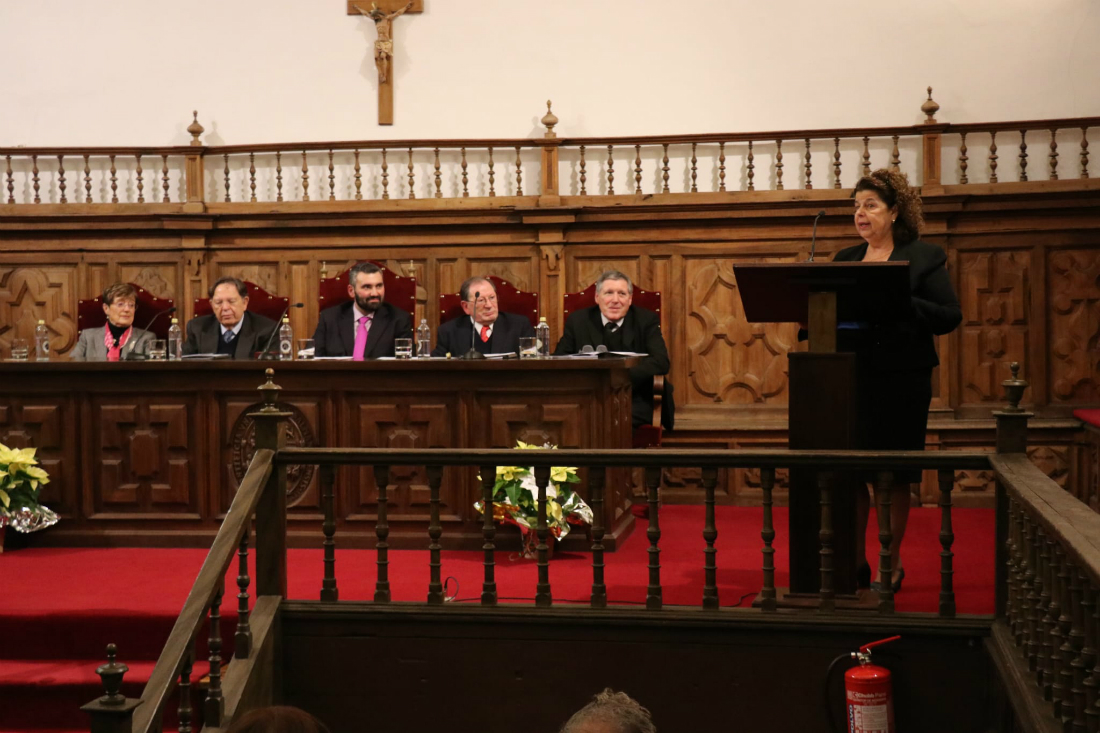 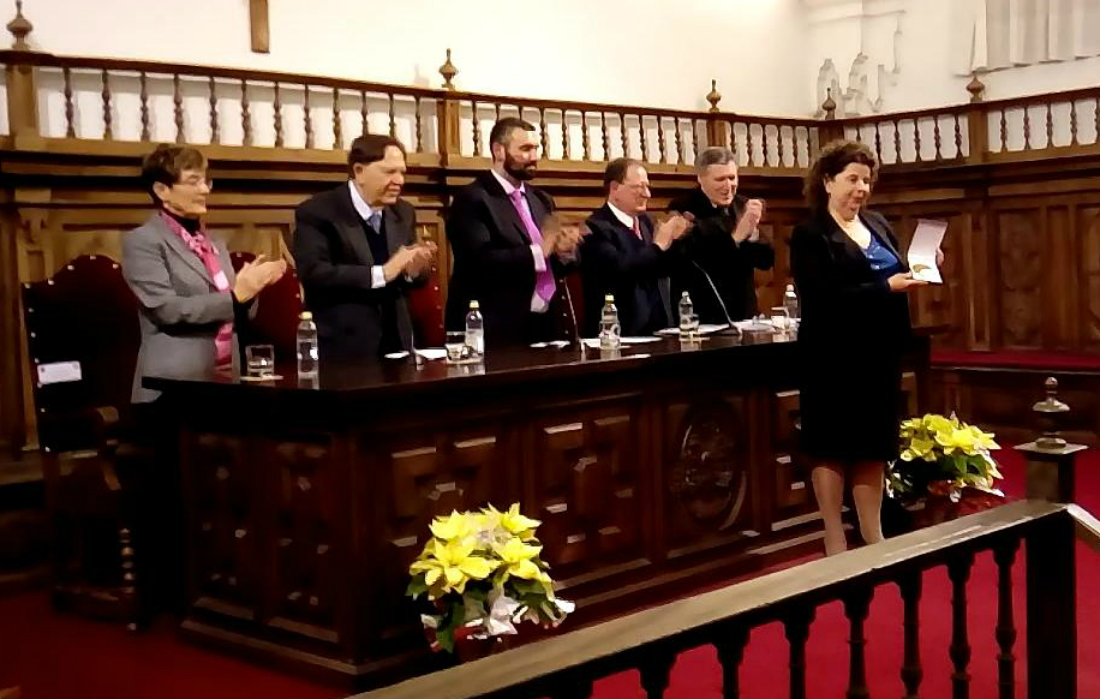