Monsignor Mbarga, Archbishop of Yaoundé has just closed the Marian Year in the Archdiocese, and on the 1 November opened the Year of St. Joseph. On this occasion, in the two parishes administered by the missionaries, the closing of the Marian Year was celebrated with a floral offering.

The groups of the parish approached one by one, and the faithful who wished as well advanced to realize their offering to Mary. Both offerings were very emotional, both at the parish of the Holy Family of Elig-Assiga, and at the university parish of S. Peter and S. Paul de Soa.

We prayed for the construction of the Soa church, for academics and for peace in Cameroon. The supplications for the families, for the children, were particularly emotional, to the point of tearing off the applause of the assembly. This shows the suffering of parents and young people in the face of lack of work, and the fall in the different vices, because they do not have a suitable job and with a minimum of remuneration.

Mary, Queen of the Apostles is the patron saint of Cameroon. We entrust to Her these supplications and all those which have not been expressed publicly. Mary can do everything in supplication, as says Feranando Rielo, our Founder – and not only him – that Mary and Joseph have omnipotence in supplication. 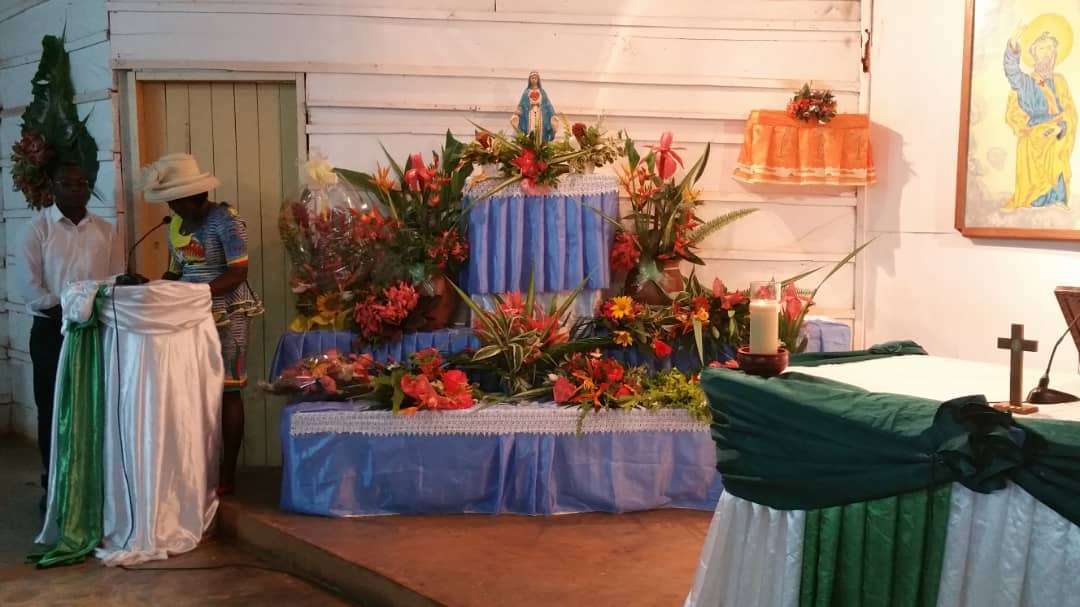 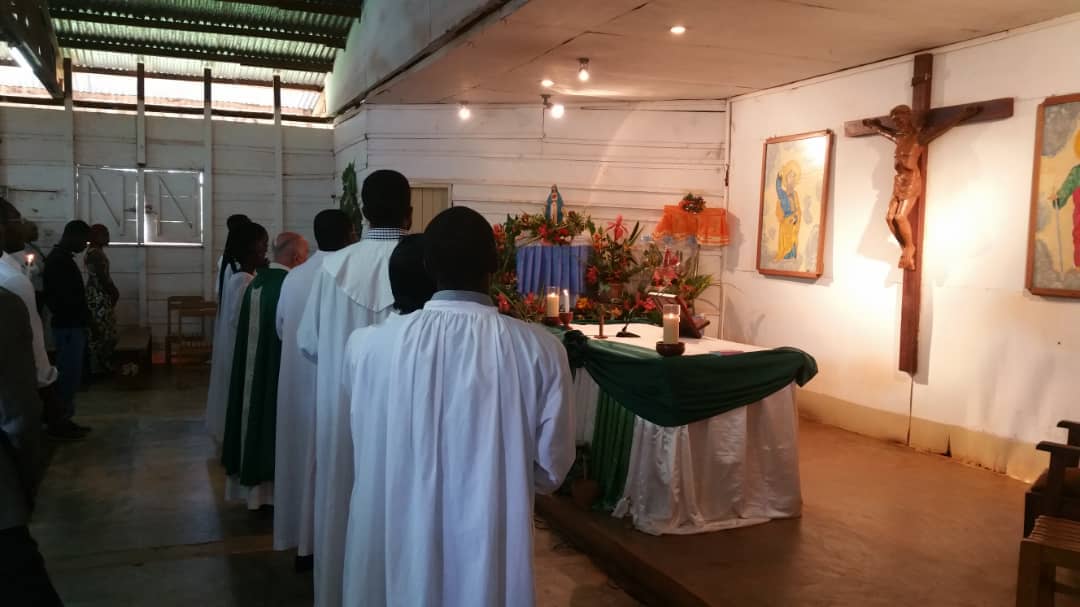 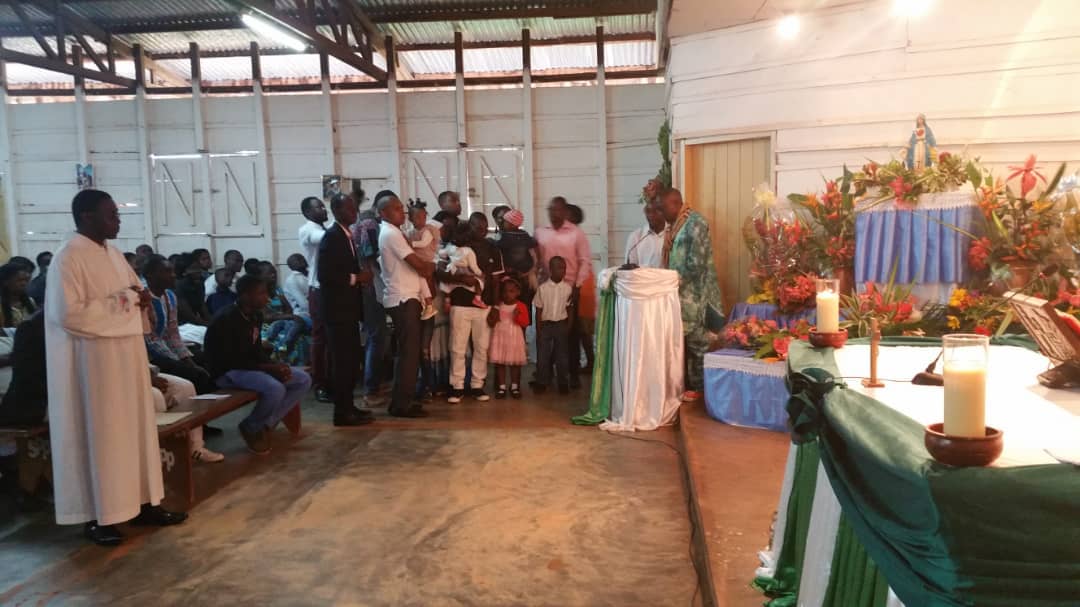 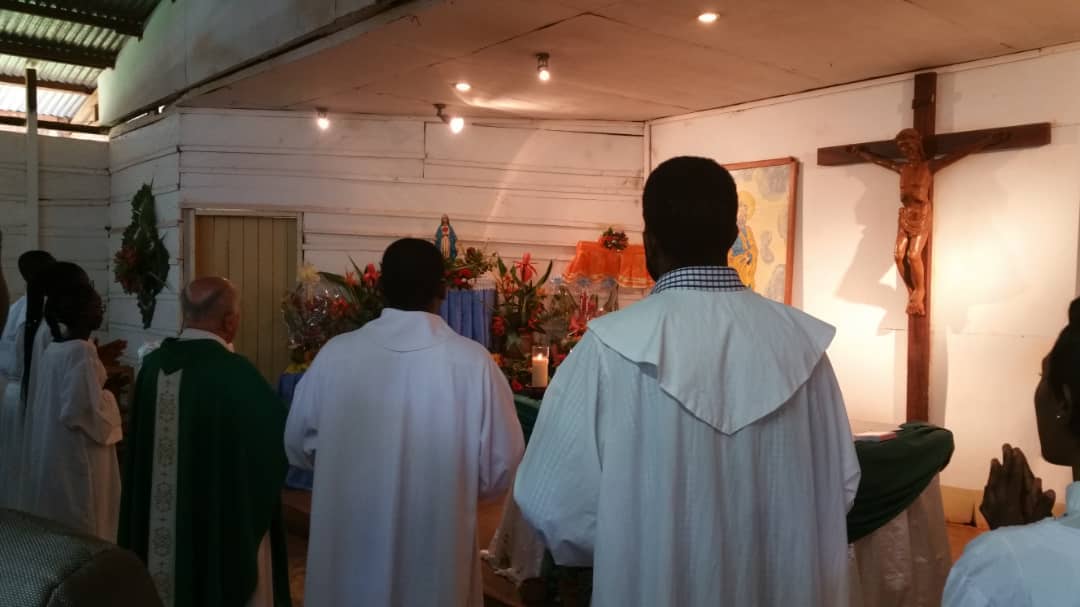 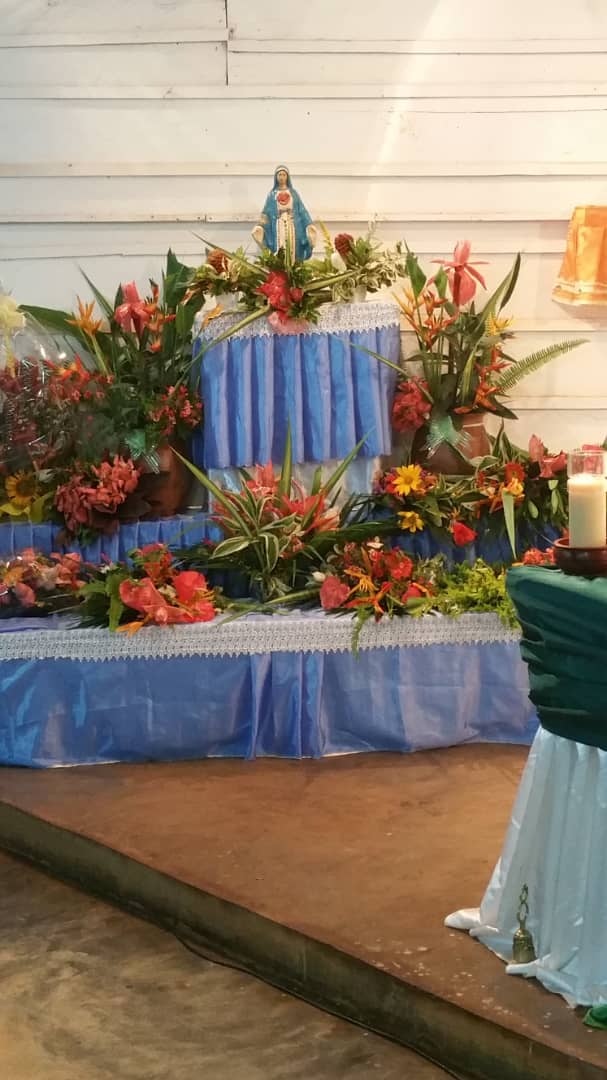 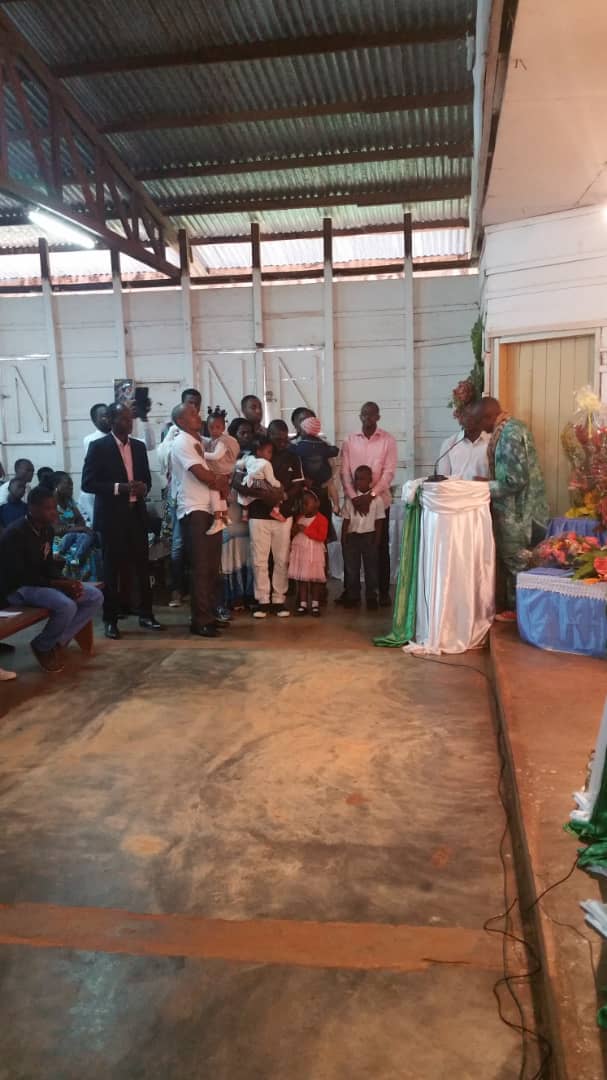