13th Anniversary of the death of Fernando Rielo in the Chapel of the Virgen del Pilar (Zaragoza, Spain)

The Idente missionaries and Idente family from Zaragoza, besides participating in the solemn Mass at the Cathedral of La Almudena in Madrid, last December 6, celebrated the Eucharist for the 13th anniversary of the passing into heaven of our father and founder, Fernando Rielo, this January 3rd. It took place in the beautiful Chapel of the Virgen del Pilar (Zaragoza, Spain) and was officiated by the Superior General of the Idente Missionaries, D. Luis Casasús Latorre, of Zaragoza origin, together with two other priests of this diocese, D. Julián Díez, Canónigo from El Pilar and D. Fausto Franco, former Delegate of Missions.

This Eucharist was attended by the General Secretary of the Missionaries, Mª Fernanda Lacilla Ramas, a native of Zarazoza, the idente missionaries of the Delegation and members of the Idente Family, as well as many friends and other people who joined the celebration.

The Territorial Delegate, Ana Mª Bandrés Sánchez, greeted all the attendees and thanked them for their prayers and admiration for our Founder, Fernando Rielo Pardal, who used to visit the Virgen del Pilar whenever he came to the Aragonese capital, emphasizing the importance of the Virgin Mary in his life,

In the homily, the Superior General thanked the Archbishop of Zaragoza, Monsignor Vicente Jiménez Zamora, who was out of town, for the message he sent us for the Eucharistic celebration, on the occasion of the memory of the passing to eternal life of the Founder of the Women and Men Indente Missionaries. The Archbishop in this letter refers to our Founder as a Christian and an apostle of our days, and expressed his unity in thanksgiving to God for the gift of Fernando Rielo to his Church and to the society.

The Mass ended by recalling how our Founder taught us to aspire to look at the earth from heaven. A bouquet of flowers was also placed next to the mantle of the Virgin that covers the column that She contributed to the apostle Saint James the Great, who, according to tradition, preached Christianity here. With a feeling of affection and gratitude, we sang as farewell the “Blessed and praised be the hour in which Maria Santisima came in mortal flesh to Zaragoza” (a fact that had just been commemorated the previous day). The entire Eucharist passed with the spirit of Easter, New Year and Three Kings, as well as with the immense joy of the memory of our Founder, who intercedes for all of us, after having taught us to live with peace and joy the idente charism. 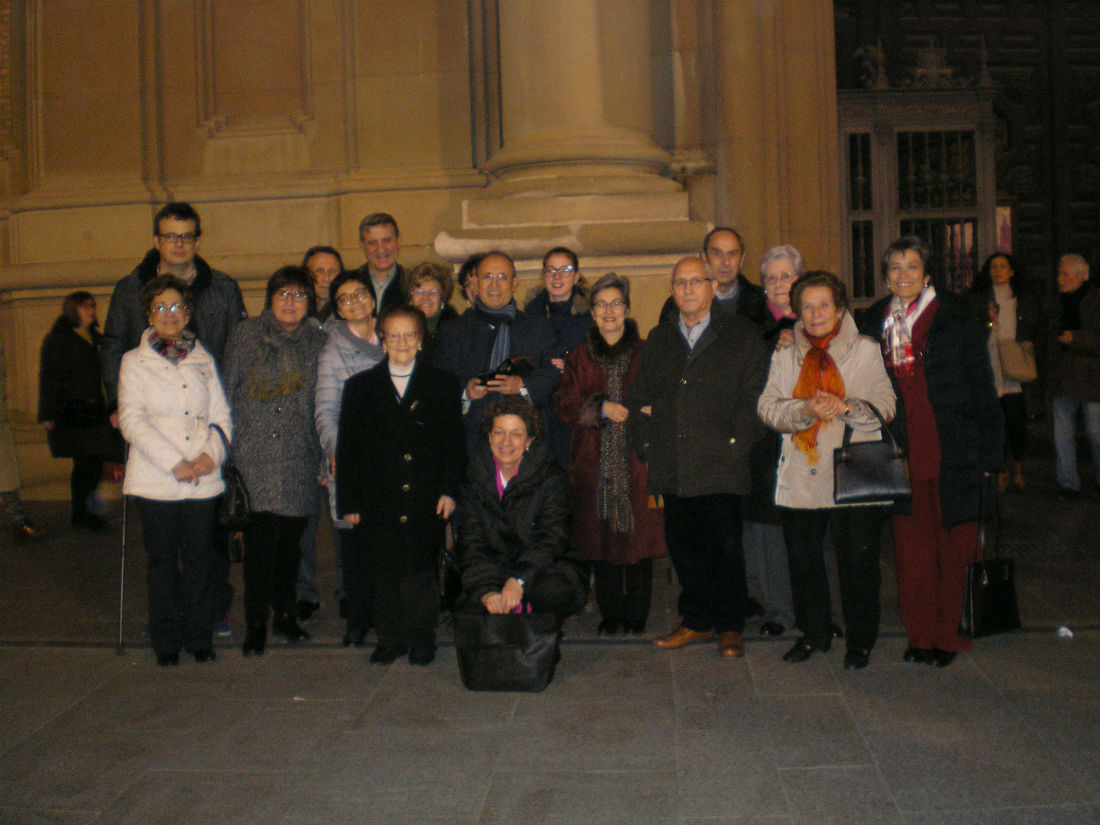 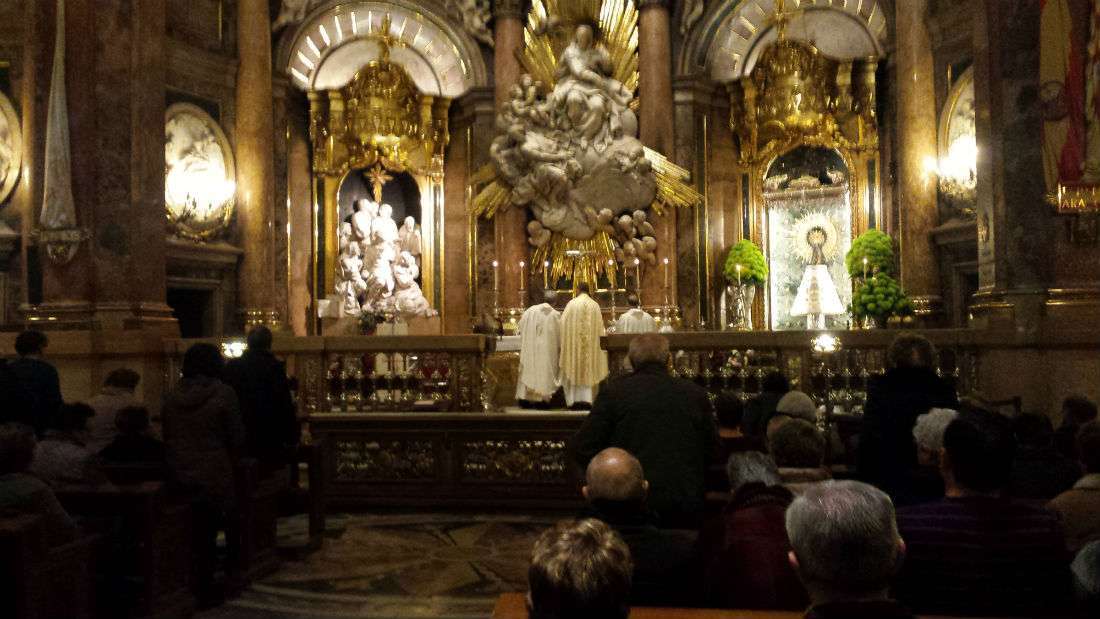 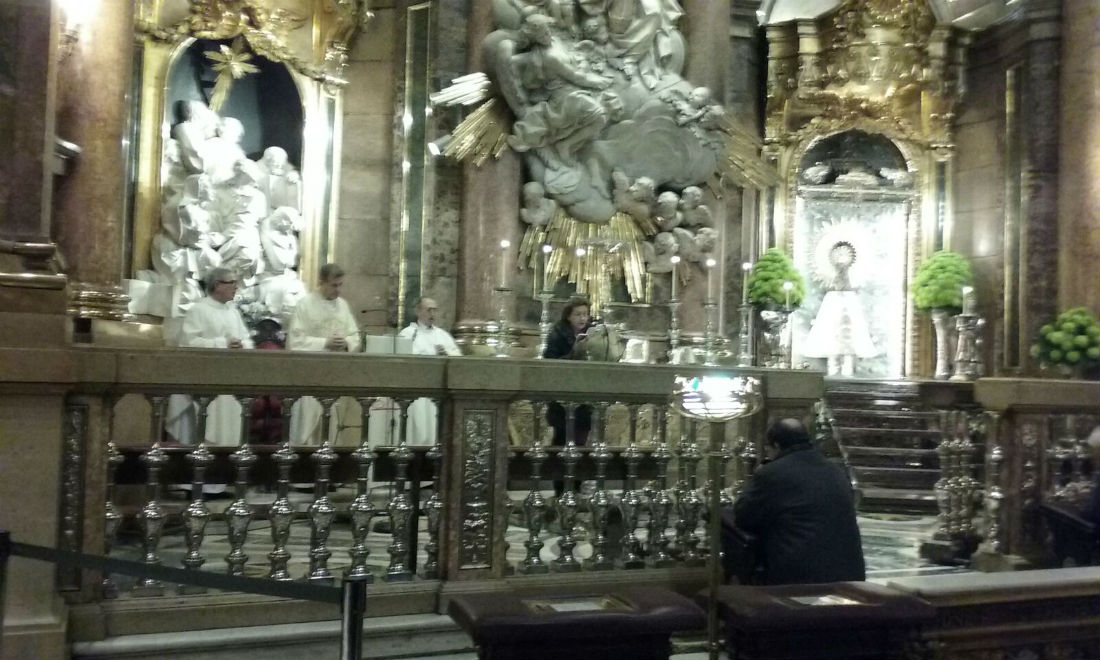 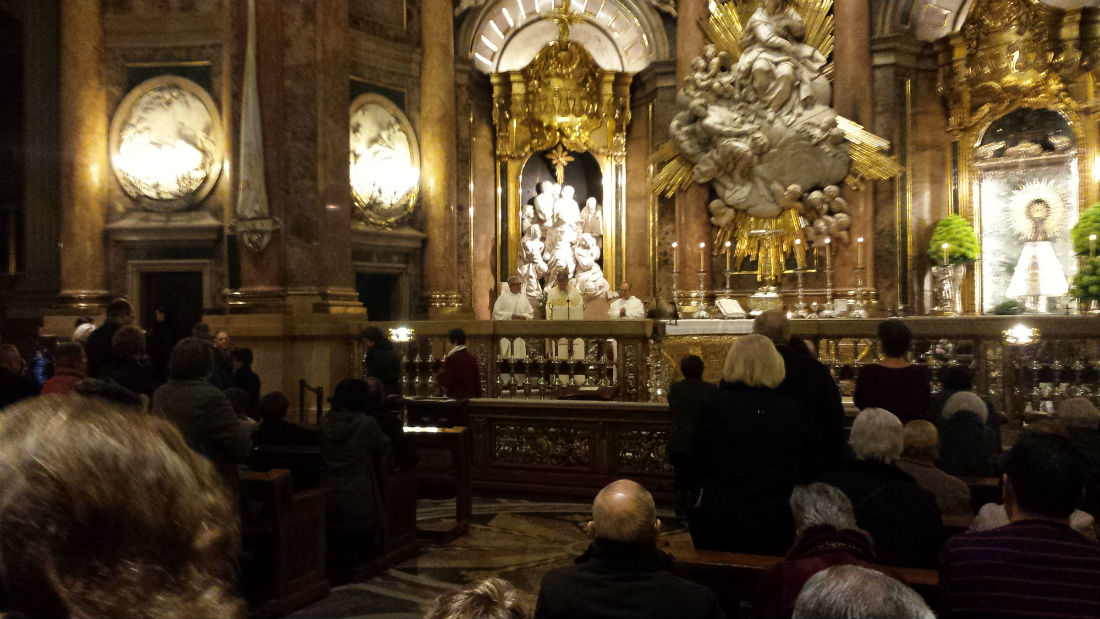 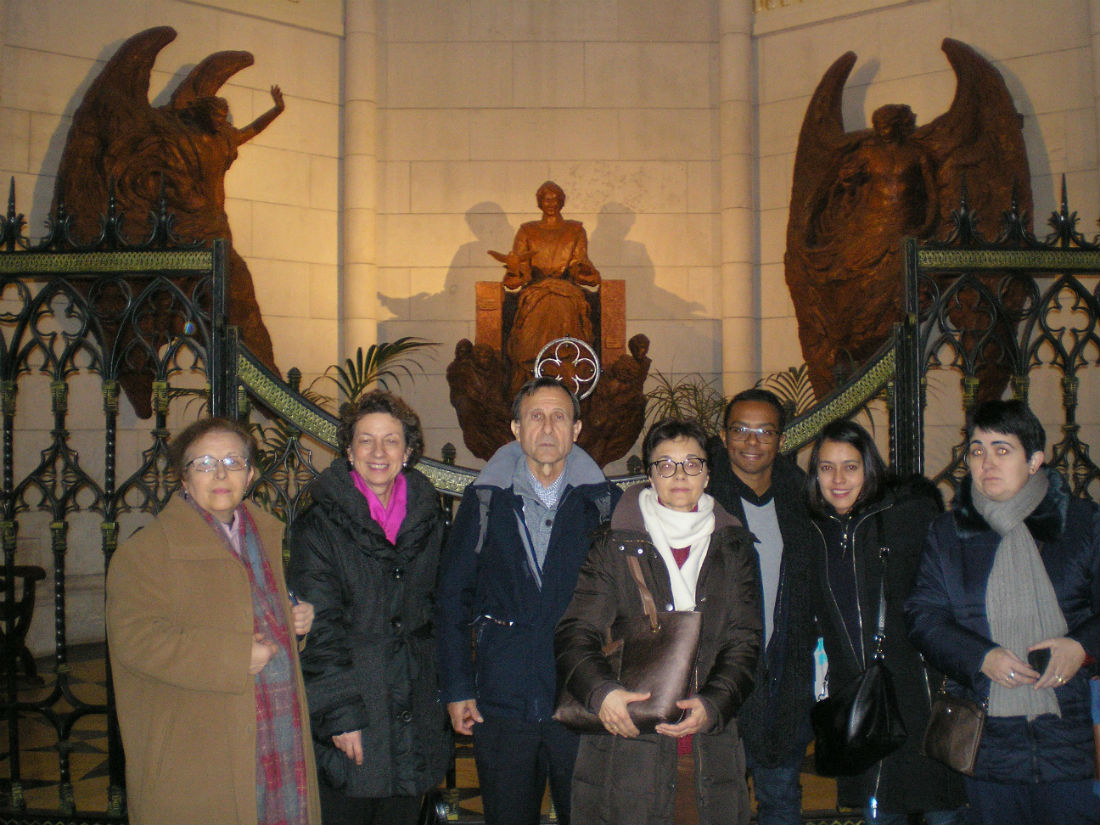