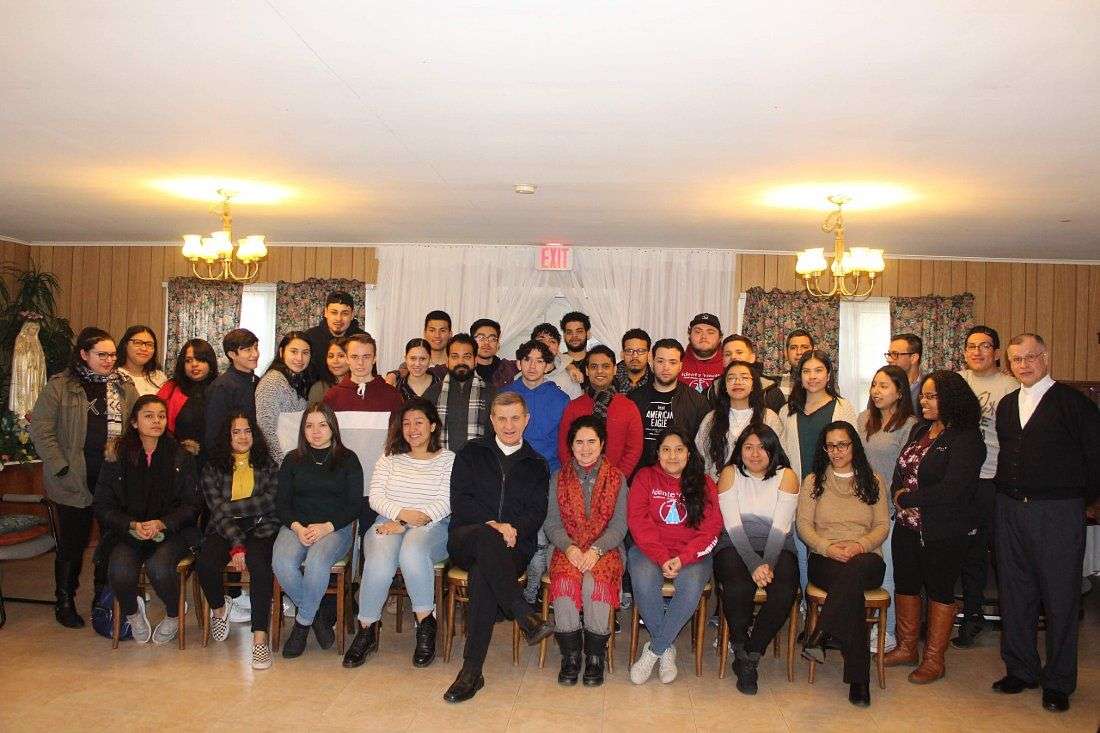 This past month, from Friday, February 14 to Sunday, February 16, the Idente Missionary sisters and brothers of New York organized a Motus Christi retreat for young adults. It took place in St. Aloysius Retreat Center in upper state New York, where approximately 40 participants came. The majority are from our different apostolic missions, including the churches of Our Lady of Loretto (Hempstead) and St. Luke’s (Brentwood) in Long Island, along with the parishes of St. Dominic’s-Our Lady of Solace and Santa Maria in the Bronx.
The event was directed by the General Superior of the men’s branch, Fr. Luis Casasús along with the superiors of the United States: Fr. Robert Badillo, the Superior Provincial of the men’s branch and Luz Ramirez, Provincial Secretary of the women’s branch. They gave talks which centered on the following topics: living in the Heavenly Father; learning from the Heavenly Father how to love nature, society and God Himself; and how to enter into the interior room of one’s spirit where the Divine Persons abide. Among the young adults, they were open to sharing and carried with them a spirit of family.
The closing mass was celebrated by Fr. Robert Badillo, assisted by the deacon and our brother Roland Pereira. Before the conclusion of the retreat, all the young adults shared their charismatic touch. They gave testimony to the graces they received and expressed their full-hearted commitment to change their lives.