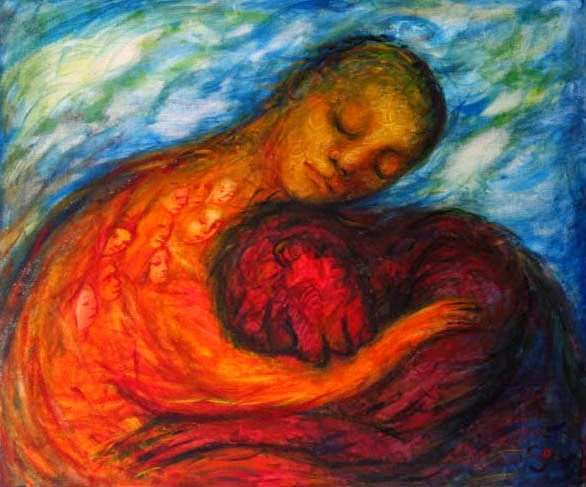 In the last few weeks, when I was walking down the street, I realized how many conversations were really signs of astonishment at the insensitivity of other people, complaints, criticisms, gossip about the lack of logic of others, … The truth is that we feel offended by others very often.

Therefore, subjectively or objectively, we are presented with countless occasions to choose between resentment and true forgiveness. And that makes today’s Gospel so relevant, realistic and practical.

Moreover, Christ speaks to us today about how to act when the person who does something wrong is in some way in our charge or under our authority. That is why one of the essential points of today’s Gospel is the relationship between forgiveness and correction. In fact, every Christian is a shepherd of his brother. No one can say like Cain: Am I my brother’s keeper? (Gen 4:9). This is what Ezekiel speaks about in the First Reading.  The truth is that we all are our brother’s keeper. Failure to speak the truth would cause harm to the person who is living a sinful life. We in turn will suffer the sin of omission and our conscience will prick us for not doing the right thing to warn the person who could be ignorant or entrapped by sin.

Most of us could probably identify an occasion when we felt wronged by someone else within the family, the workplace or the community of faith. It may simply have been having our feelings or views overlooked when a decision was being made. It may have been something another person said to us -or about us- which caused the hurt. It may have been some action on their part. Unfortunately, such experiences are all too common everywhere. When they occur, what should we do about them?

If we are minimally honest, we have to recognize that sometimes we tend to focus on the negative details of people’s words, actions or ideas. Not precisely to help them, but to put ourselves above them and to ignore their merits:

There was a hunter who bought an amazing hunting dog. This one-of-a kind dog could… walk on water. The hunter was looking forward to showing off his new acquisition to his friends. He invited a friend to go duck hunting. After some time, they shot a few ducks and the man ordered his dog to fetch them, the dog ran on water and brought the birds. The owner was expecting his friend to comment or compliment him about this amazing dog, but never got one. As they were returning home, he asked his friend if he had noticed anything unusual about his dog. The friend replied, Yes, in fact, I did notice something unusual. Your dog can’t swim.

The future Pope Benedict XVI pointed out the necessary unity of forgiveness and correction, which should make us think that no one can take care of his own spiritual life by himself. The need for a spiritual director or rector in all phases of our journey towards Christ is clear:

The discernment of spirits, such as the First Letter to the Thessalonians demands in response to the dubious prophets and prophecies of the time (5:9ff.), remains our permanent task. Both the acceptance of justified criticism and the protection of the faithful from falsifications of the Gospel, from an adulteration of the faith by the spirit of the world which passes itself off as the Holy Spirit, are integral parts of this discernment. We can learn it only in a deep interior union with Christ, in an obedience to the Word of God which finds ever-new expression in our lives and in an inner rooting in the living Church of all places and all times. But we are all in constant need of forgiveness and correction. (Joseph Ratzinger, 1993)

Exposing falsehood is not always welcome, especially in this age of individualism and relativism, all of us hold different views of life, of morality and of truth. So when we seek to speak the truth, we can expect strong opposition and defense.

This explains why Jesus advises us to approach the person privately. This is to give space and privacy for dialogue and understanding. At the same time, if what we see is true, it gives dignity to the person to correct his or her fault quietly without being ashamed or embarrassed in public. Those who seek to correct others in the wrong by airing their complaints and grievances publicly are not doing it out of charity but out of revenge. There is no love for those who have done wrong. All they are seeking is to destroy them rather than to help them to be better. In such situations, the issue is made worse because those who are hurt will retaliate in return.

This first step is delicate, first of all, because it is demanding and could be unwelcomed. It is not always easy to find the right words. An exaggerated adjective may be uttered inadvertently. Pride can lead a person who is corrected to close down on a defense or rejection. That is why it is important to show the person being corrected a way out, an alternative, the precise way of acting, while confirming our confidence in him or her. It is always an opportunity to educate the ecstasy of both the person who corrects and the person who is corrected.

In this situation, today’s Second Reading offers a thought that may be helpful: to put ourselves in the same situation and try to imagine what we would want others to do for us: You shall love your neighbor as yourself.

Putting ourselves in the other person’s shoes is a way of purifying and educating our ecstasy. I have never known if the following story is true, but it illustrates very well what we mean about the sensitivity needed to correct:

A story is told of a mother whose son had an insatiable desire for sweets. She brought him a very long distance to talk to Gandhi, who told them to come back in two weeks. When they came back, Gandhi told the boy to stop eating so much sugar and the boy agreed. The mother baffled by Gandhi’s approach to the problem asked: Why did you not just say this to the boy two weeks ago and save me the hardship of travelling back here to see you? Gandhi replied: Two weeks ago I ate too many sweets. I needed to see if I could stop before I counseled the boy.

When we love someone, we cannot ignore their destructive behavior but we cannot counsel them to change if we are not willing to change ourselves.

I once returned to Europe from our mission in Chad, affected by a somewhat complicated intestinal parasite. The expert doctor in tropical diseases who treated me was smoking in his office and prescribed a medication, saying I should see him again in a week. I never went back, because a doctor who smokes in his office does not inspire me with any confidence. I took the medication after consulting a medical missionary and everything ended up fine.

Today’s Gospel concludes with a phrase from Christ that might seem oblivious to the problem of forgiveness and correction. He speaks of a new form of his presence. If we are able to keep unity in the process of correction and when we disagree on some things and persevere listening to God together, He will provide us the way out of the situation: I tell you solemnly once again, if two of you on earth agree to ask anything at all, it will be granted to you by my Father in heaven. For where two or three meet in my name, I shall be there with them.

Most of us will seek to justify ourselves. Few would take our correction humbly.

There is a classic example of spiritual freedom at the moment of receiving correction. This is a French saint, parish priest (curé) in a small village. St. John Vianney (1786 – 1859), the Curé d’Ars was not an extraordinarily gifted orator or educator. Early on in his assignment at Ars, several of the leaders of the town initiated a petition to the bishop requesting Father Vianney’s transfer, demanding that he be removed for his incompetence. One of his loyal supporters brought Father Vianney a copy of the petition. He read it carefully and then signed it himself.

There is a deep correlation between forgiveness and correction. A forgiving person knows how to receive correction. Some people think that correction means rejection because they have a poor self-image. They do not fully believe that they are children of God. He who hates correction will die (Prov. 15:10). A person who is just likes to be corrected, forgiven, and then released. By doing this, we leave his heart released and prepared to be more sensitive to whatever the Holy Spirit decides to inspire that person. This is the way the just handles the injustices others do against them. They forgive and release people. Pride can keep us from being a forgiving person.

If the person does not repent and continues in justification of their wrong-doing, we cannot come into agreement with the wrong, but we can forgive them and release them. Forgiveness does not mean to condone or approve of sin or wrongdoing. Nor do we cover it, but we are able to release them from the injustice they have done to us.

We must remember that our task is not to convert them, because that is the work of the Holy Spirit. Our role is simply to enlighten the person who is doing wrong with our example and our words. We should not feel responsible when the person refuses to change and as a result harm himself eventually. This is what Ezekiel is saying: If, however, you do warn a wicked man to renounce his ways and repent, and he does not repent, then he shall die for his sin, but you yourself will have saved your life.

Those of us who desire to offer correction must do so only out of love for our errant brothers and sisters. This is what St Paul teaches today: Avoid getting into debt, except the debt of mutual love. If you love your fellowmen you have carried out your obligations.

Before we seek to correct our errant brothers or sisters, we must examine our motivation. If we are motivated by self-interest because our rights are violated, then we are seeking justice rather than fraternal correction. We are speaking out not to help the other person but simply to protect our personal comfort.

We must desire to do so because we love them sincerely and do not wish to see them destroying themselves. Unless it is motivated by a genuine love for them, we lack charity and sobriety in helping them to walk the way of truth. When they perceive that we are their enemies rather than their friends, they will also not listen to us as they will become defensive. But when we correct out of love, then we will be more sensitive to their feelings. We will speak or write with gentleness, compassion and understanding. Those who are judgmental and angry in correcting their brothers and sisters have lost their objectivity in looking at the situation.

In prayerful discernment, we purify our motives in wishing to correct the other person. We want to correct a person with charity and compassion whilst seeking the truth.

It must be noted that even the juridical process of excommunication is not a punishment per se, but an attempt to awaken the sinner to a consciousness of the gravity of his or her sin so that the person would reflect seriously on his or her actions; and then seek repentance.