Fernando Rielo was born in Madrid, Spain, on August 28, 1923. His parents, Don Vivero and Doña Pilar Pardal Espadero, had a family of eight children, five of whom survived the vicissitudes of the times: (in order of birth) Enrique, FERNANDO, Pepe, Pilar, and Isabel. A singular providence marked Fernando’s life from his birth, given that on two occasions, while still a tender infant, he was at the brink of death.

The key to his entire existence was the presence of his Heavenly Father. With Him he learned to pray and even to familiarize himself with the first letters of the alphabet. Fernando played games with Him and went to and returned from school with Him. While his behavior among his friends was that of a normal child, his spirit always looked heavenward. Whatever situation came his way, he turned it into an act of love for God.

On May 21, 1936, in the context of growing social and political unrest in Spain, which led two years later to the Civil War, Fernando, at age twelve, made his First Communion “amid uprisings and rifles.” 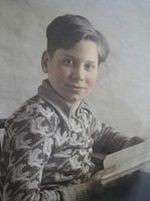 He and his family were persecuted for the faith, and Fernando was even about to offer his life when recognized as a Christian by a militant. He would have gladly died for Christ; his passion for martyrdom was awakened on reading the work Fabiola. Indeed, in ardent love for Christ, he made an incision in his hand and wrote with his own blood the following promise: “I promise You, Lord, to live and transmit the Gospel with the sacrifice of my life and my reputation, faithful to the greatest testimony of love: To die for You.”

At that time in his life, he grew in devotion to the Virgin Mary and St. Joseph. He would recite with uncontainable emotion the Salve Regina and the Tantum Ergo at the Church of the Miraculous Medal of the Blessed Virgin of the Pauline Fathers in Madrid.

Some years later, while participating in a youth camp in the lovely countryside of the Sierra Guadarrama (Segovia), he received the message of holiness on the morning of August 28, 1939. There, among many pine trees, the majestic voice of the eternal Father pronounced these words: “My son, be holy, as I, your Heavenly Father, am holy.” From that moment he, without vacillating, intensified his actions in keeping with his promise to offer his life until the end of his days.

The war occasioned an interruption in his academic studies, but not in his spiritual life. The dramatic moments that he and his family had to undergo—with the loss of their house and furniture, the imprisonment of his older brother, the hunger and misery that wreaked havoc on everyone, together with resulting illnesses—intensified his intimacy with his Heavenly Father.

In 1941, when he was seventeen years old, upon completing his secondary school education at the St. Isidore Institute in Madrid, his father became so gravely ill at that time that both his brother, Pepe, and he had to leave higher studies in order to seek out gainful employment.

In September 1943, after having successfully completed the civil service exam with the Postal Service, he was transferred to the locality of Ugíjar in Granada. In this beautiful setting of the Alpujarras, he fell in love with a young woman whom he thought of marrying. But his Heavenly Father called him instead to offer this marriage. His dream was to educate his future children in the faith and to lead them toward the Father. But the divine will disclosed another path. In January 1944 he returned to Madrid to do mandatory military service as required of Spanish males; he was stationed in his native city and in the Catalonian Pyrenees.

In the fall of 1944, once military service was completed, he entered a church in Madrid administered by the Redemptorist Fathers. There, believing he had understood God’s plan for his life, he entered this Congregation. He completed his novitiate in Nava del Rey (Valladolid) and continued philosophical-theological studies in the seminary of Astorga (León), in the aforementioned Congregation. While he prepared to be ordained a priest, in 1951, he founded the Christus movement with the aim of fostering a more intimate dedication to the religious vocation and promoting greater fidelity to the charism of the Congregation.

One day in the fall of 1950, Christ announced to him that he would not be ordained a priest. Christ was calling him in another direction, one that was still unknown to him. On December 24, 1951, in the seminary chapel, upon asking Christ for his will, he had the vision of an emblem which he would later confer on the Institute he would establish, with its motto: “Believe and Hope.” On July 20, 1954, he left the Congregation.

He had no wish, however, to found an institute, and he thus initiated consultations with pious men, even while still with the Redemptorist Fathers, in regard to the new foundation. The judgment of the twelve men was unanimous: he should found the Institute. Toward the end of 1956, he requested that the Postal Service transfer him to the Canary Islands. On January 6, 1957, he arrived at Santa Cruz de Tenerife.

Upon reaching the city, a divine voice informed him: “This is the city that I have chosen for the foundation of the Institution that Your Brother [Jesus Christ] desires, and you will bear grave sufferings for different reasons. Notwithstanding, do not be afraid. I will never abandon you.” In a few months he began the “Mission Team” and immediately the first missionaries came forward. An indefatigable apostle, the Founder took the faith throughout the islands. Bishop Domingo Pérez Cáceres received him with open arms from the first moment, and on June 29, 1959, the Founder presented his credentials to him for the new Foundation, the Idente Missionaries. But the Prelate died in August 1961 without being able to follow up with the canonical process for recognition of the new Foundation. With his death, there arose difficult moments for the Institution.

He dedicated his efforts to form his missionaries apostolically and with a dedication to study. At the same time he initiated an intense correspondence with His Holiness Paul VI, to whom he directed numerous letters and communicated his doctrine, informing him of the philosophical model that he had conceived with the object of responding to the questions which human beings have posed over the centuries. 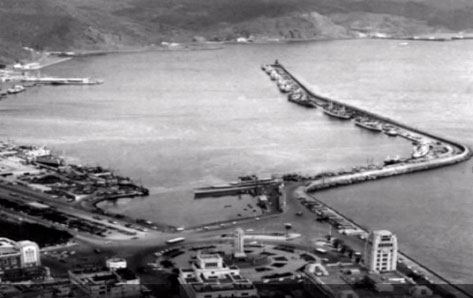 He expressed his agreement with the Church and the Second Vatican Council on topics such as priestly celibacy, the right to life, and questions involving the liturgy and canon law.

At the same time, the Institute extended itself throughout Spain and the world, and, during the decades of the seventies and eighties, the Founder did not cease to visit his Idente children, sowing in their lives varied signs of inestimable wealth. From the beginning of the Foundation, he had offered to Christ his health in order to take care of the Institute which he had founded. His physical condition, though marked by affliction as a result of various surgical interventions, some of which were life-threatening, was not, however, an impediment for him to go on traveling and visiting his Idente missions in the world and to encourage his children in holiness of life while instilling in them a love for the Church.

Two highlights of these trips are especially noteworthy, for they make plain the universality of the faith as he conceived it. In a letter to Paul VI, he proposed recognizing the venerability of persons who had died after providing exemplary testimony.

The second highlight of the Founder’s apostolic trips took place in Rome on December 22, 1976, in the Basilica of Sant’Andrea Della Valle, as he traveled to Ephesus for an encounter with Mary. In the Barberini chapel he received the Idente Rosary, the Trisagio, as a daily prayer for his children.

Other signs and new foundations

As the Institute expanded, the Founder’s spiritual patrimony for his Idente children also grew. A brief sampling follows.

In 1971 he established the Idente Catechumenate, extending Idente spirituality to boys and girls. He also founded the Idente School with the aim of defending the Magisterium of the Church and promoting dialogue with intellectuals.

In 1975, after visiting the first camp for teenagers in Llinars del Vallés (Barcelona), he initiated Idente Youth with the sole purpose of restoring humanity, beginning with young people themselves, by means of the promotion, development, and living out of the most noble values of the human person.

In the academic realm the decade of the eighties was particularly intense in the life of the Founder. His philosophical model, the genetic model—which he had intuited in Madrid on May 30, 1963, and deposited in the Idente School—was being made known by his Idente children at different university campuses and international organisms. In 1980 the Founder delivered a series of addresses: at the United Nations, invited by Pacem in Terris; at the House of Spain in New York; and at the Organization of American States in Washington, D.C. He also presented papers at Georgetown University, Columbia University, the National University of San Marcos, and the National Institute of Culture, the last two in Lima, Peru.

In 1981, invited by the Chair of Turkish Studies, he gave an address at Rome’s La Sapienza University (a civil university). That same year he presented other papers at Spanish universities, such as the Pontifical University of Salamanca and the Faculty of Theology in Granada. In 1981 he also sought the creation of the Royal Academy of Philosophy in Spain, which obtained the support of the most representative university authorities in Spain itself, as well as in Europe and North and South America. His impaired health, however, impeded him from carrying out this project.

Throughout these years the Founder’s delicate health experienced a steady decline, with each illness leaving its own distinct mark, such as the amputation of his right leg on December 2, 1987. In order to receive specialized rehabilitation at the Rusk Institute of New York University, he relocated to New York on October 22, 1988. There, while his physical condition progressively deteriorated, he continued his apostolic work in the social domain, particularly with immigrants. All of this took place without his forgetting the foundations he had established, attending to his Idente children, and continuing the formation which, indefatigably, from the beginning of the Foundation he had provided for them.

The Founder intensified his correspondence and dedicated part of his dwindling energy to work on his philosophical, theological, and poetic thought. He even found strength to serve as a host to professors, friends, and members of the Church who came to visit him in the city of the skyscrapers. In the same way he welcomed his Idente children who traveled to New York to receive his blessing. For all he had but one single ambition: that they be saints. Little by little, he, who had been an extraordinary orator, began to lose his voice and his eloquent countenance synthesized the immense tenderness that he felt toward all creatures.

On January 23, 1994 the Foundation that he had established was recognized as a Public Association of the Faithful. Years earlier he had agreed to remain at the margins of the Institute, and in this recognition, which had occasioned him much suffering and expectation, his name thus did not appear.

At the start of the third millennium the physical lesions were multiplied. The scars left by his numerous surgical interventions were excessive. All this progressively weakened him. Requiring new and serious operations, he resisted until December 6, 2004, when, silently, he offered his soul to God, fulfilling the dream that marked the whole of his existence: to return to the arms of the Father. Forty days before his death the Institute of Idente Missionaries had been canonically elevated to a new form of Consecrated Life, and Fernando Rielo was recognized in the decree as its Founder. On July 11, 2009 the Congregation for Institutes of Consecrated Life and Societies of Apostolic Life signed the decree approving the Institute Id of Christ the Redeemer, Idente Missionaries, as an Institute of Consecrated Life of Pontifical Right.